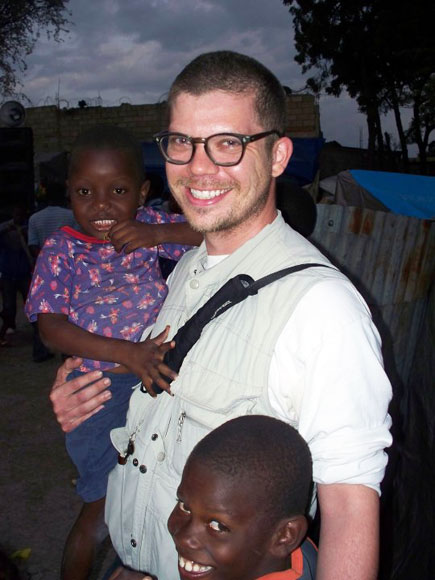 Eric Cesal, Director of the Disaster Reconstruction and Resiliency Studio, Architecture For Humanity.

has long been known for redefining the design industry’s role in disaster response and community revitalization, calling on 50,000-plus design and construction professionals to volunteer services in the weeks, months, and years following a disaster. Eric Cesal, LEED AP, is the director of Architecture for Humanity’s Disaster Reconstruction and Resiliency Studio—and has been on the ground in the earliest moments following Haiti’s 2010 earthquake, Japan’s 2011 tsunami, Hurricane Sandy, and Hurricane Katrina. Here, Cesal shares his thoughts on post-disaster pragmatism and staying in hard-hit regions for the long-haul.


Interior Design: You’ve got quite a unique job within the architecture world, addressing issues from an architectural standpoint in the direct aftermath of natural disasters. Would you say it’s an area that will be in greater demand as weather patterns continue to shift?

Eric Cesal: It’s true, climate change is getting worse—we’re well past the point that anyone would call that a debate. But earthquakes and hurricanes aren’t new phenomena. I think there’s a bigger underlying issue when we talk about disaster and resilience. The issues we’re facing now are as much a function of income as they are about ecology. There are certain global trends we have to accept… Mass urbanization is going to continue. Cities are going to get larger. Cities will have a more vulnerable, increasingly taxed infrastructure. A hope within this organization is that Hurricane Sandy is going to be an eye-opening experience for people.


ID: You yourself have been very involved in the aftermath of Hurricane Sandy. What kind of progress has been made?

EC: New York is an area with a lot of capital and resources, and the emergency management is among the most robust tin the world. Since 9-11, New York has prepared for the worst. What is going to be interesting is this: There are things that get fixed the first day, things that get fixed the first month, and then things that never get fixed. Depending on your income level and location, you may never be important enough to the powers that be. We’re going to see it at the six-month and one-year anniversaries. Who fell through the cracks? They’ll be those who lacked the capital and visibility.


ID: When you are on the ground after a major natural disaster, what head space do you adopt?

EC: I just have to listen. Something that always impresses me is the insight and pragmatism of people on the ground. There’s no magic formula. I come into a situation at a time when those people know what they really need. Average residents are always scared of the next storm, and that’s where the design community can step in. The value of humanitarian design isn’t coming in and telling communities what they need. I have found, almost universally, that if you let people speak, they will tell you the truth about their communities. 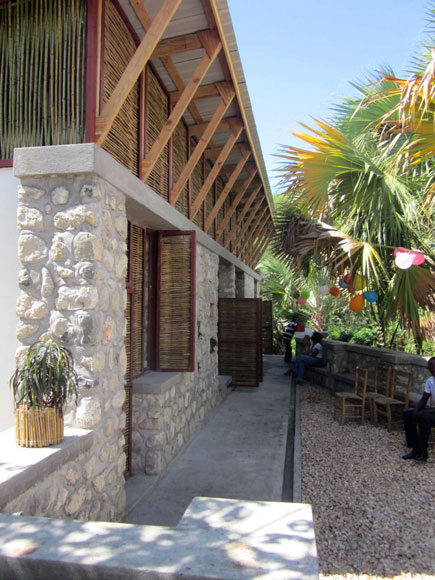 An Architecture for Humanity addition to Jacmel, Hiait’s École La Dignité, the nation’s only private school.

ID: In your opinion, have the Sandy-affected communities settled into the realities of their situations? What do developers need to consider?

EC: I’m not sure if the change needed is going to come from developers. It will likely come from the people themselves. The public will make the change, and the development and political communities have to have their ears open to that reality. Chris Christie’s press conference after Sandy was really significant. He said he was tired of hearing about the “10-year storm” because since he’d been governor he’d seen three of them. It’s not about putting things back the way they were.


ID: Determining what and how to change sounds like a delicate subject, no?

EC: People emotionally want things back the way they were, which is a natural response to trauma. The community has to get through the trauma and then say, “What do we have to do?” The act of taking your electrical outlets up to 48 inches above the floor, that’s the sort of thing that is going to protect your electrical system in case of future flooding, and potentially save your home.


ID: Are there issues such as wetlands and dunes, and limits on coastal construction, that communities need to seriously consider?

EC: We’re either going to live in harmony with nature, or get our butts kicked. There are only so many levees we can build. Hard infrastructure will eventually fail. Soft infrastructure like wetlands and sand dunes were designed by nature, and therefore aren’t as likely to fail. That said, resiliency doesn’t mean having to plant a two-million-acre wetland. It’s about taking whatever steps we can. Although don’t get me wrong—I’d love to see a two-million-acre wetland outside of New York. 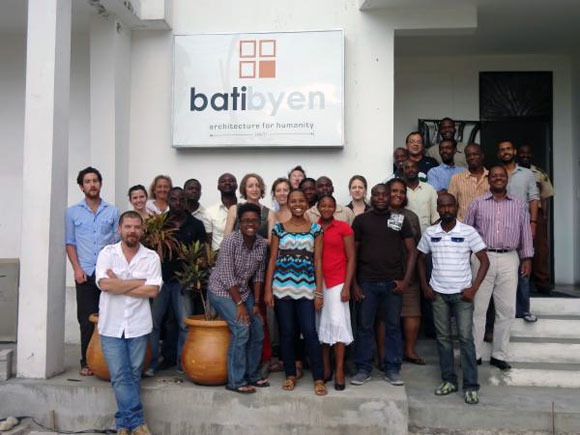 With the Batibyen team for reconstruction in Haiti.


ID: What first inspired you to volunteer for Architects for Humanity, and subsequently come on board with them?

EC: It was quite serendipitous. It wasn’t the organization I was specifically drawn to, but the work itself. I had gone to Mississippi to volunteer in the wake of Hurricane Katrina. Biloxi is a small place, and all the architects came to know each other and collaborate. I liked what Architecture for Humanity had to say. I also really enjoyed what I was doing, and that level of contact with people. I was in the lower Ninth Ward, handing around hurricane straps, which cost 75 cents-a-piece—and those can make an incredible difference. I felt I was able to be of real assistance.


ID: Would you say there’s an altruistic kind of satisfaction to it?

EC: I’d just say that problems feel more real in a disaster zone. I even hesitate to use that term—these are not problems that we created for ourselves. A disaster zone is a massive issue thrust upon a community. By working in an environment where people are drawn together in the wake of a disaster, it’s much more personal. There are skills that architects and designers can bring to the table that really benefit these communities. In a traditional practice, you’ll have some contact with clients, but may never have contact with the end-users of a space.


ID: Architecture for Humanity is unique in that it stays on to address the issues of disaster-stricken areas for a long time after. What’s the organization’s stance on the investment of time and manpower?

EC: One of the things we always like to say is that we’re not first responders, but last responders. We want to be there for an extended period of time, because places still need help. I’m about to go to Haiti to complete the spin-off of our Haiti office. We’ve spent the last few years staffing it, and it’s now about 95 percent Haitian. We’re aiming for self-sufficiency there. Before Haiti, though, I’ll be New York, then New Jersey, then New York, then DC, then New York and finally Port-au-Prince. There will be a lot of fundraiser meetings and well as time spent with our New York chapter to focus on how to respond to a large-scale disaster.


ID: What are the larger challenges of getting things done in the wake of a natural disaster?

EC: Problems get solved by bringing together passionate creative people, putting them in a room, and letting them solve them out. More often than not, solutions are financial, social, legal and psychological. For members of the design community to be better problem solvers, they have to be better collaborators. A reconstruction needs resources to rebuild. A lot of our small business clients use our in-house economic experts to go through their case files, and we partner with contractors to provide pro-bono services. At the end of the day, a design that isn’t implemented isn’t going to do anyone much good. I think that in every disaster, survivors will need accounting help. Where designers and architects can really help is with inspiration. They can build a vision for revitalization around a new community, or they can galvanize residents with a new church. We’re able to be a megaphone for the aspirations of a community.