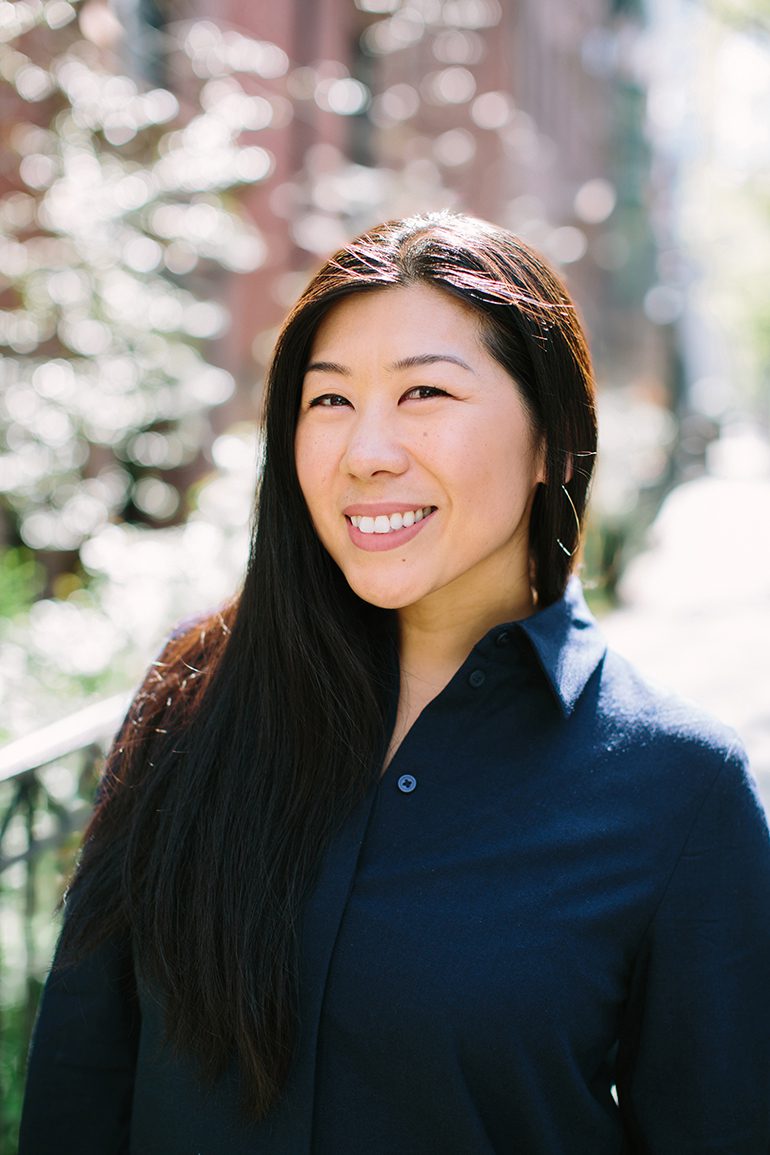 Alda Ly has made a career out of building the change she wants to see in the world. Born in New Zealand and raised in southern California, Ly studied architecture at University of California Berkeley and at the Harvard University Graduate School of Design. While there, she co-founded the mission-driven MASS Design Group and Designers Assembly, which both sought to increase equity in architecture and design. Ly went on to work in firms including Rafael Viñoly Architects, HWKN, & Leong Leon before launching her namesake firm in 2017. In its short history, Alda Ly Architecture has redefined the workspace and the healthcare sector, centering women and biophilic design. In a conversation that has been edited and condensed, Ly talks to Interior Design about safe spaces, how to make healthcare hospitable, and what still needs to change.

Interior Design: What was your first memory of design?

Alda Ly: My father was always interested in buildings and real estate. When I was young, he’d take me for fun to see open houses in the fancier neighborhoods of southern California. He was a cabinetmaker and in his free time loved to come up with inventions and product solutions for everyday problems. I went to undergraduate at U.C. Berkeley, and one of the first studios was a freehand drawing studio, which was just as intense as any design studio could be. I felt like it was the path for me.

ID: While you were at the Harvard Graduate School of Design, you co-founded MASS Design Group—how did that come about?

AL: Michael Murphy was a dear studio mate of mine and he asked me to join him on a trip to Rwanda to meet Partners in Health co-founder Paul Farmer and see the site on our winter break. It was the second year of grad school, so that was the only time we could have done it! (laughs) We jumped in and called on our classmates and friends to pitch in pro bono, finding grants at Harvard and within our community to cover travel costs. This was on top of the late nights for school. It was a beautiful beginning, and so instrumental in how we approach own our projects now. MASS was very heavily research-based: we thought about the problems and found science-backed solutions to influence the design. When it came time to open my own firm, that process developed into really getting to know the users, doing a lot of interviews and spending a lot of time with them to see how they work.

ID: You also co-founded Designers Assembly. What was the impetus for that?

AL: After I left Harvard and was young in my career, I and a lot of my friends at the same point in their careers had a lot of questions about how to grow in their fields—whether it was moving up in their own firms, or breaking off and starting firms of their own. We needed a place to compare notes. We had panels and workshops together. It helped me a lot because at that time I was working for other companies and just considering striking out on my own. And then we had to take a long hiatus because me and my friends and co-founders all had babies. (laughs)

ID: How did all this influence the company you built for yourself?

AL: I worked at several New York City firms, mostly for men. I wanted to approach projects differently. A lot of them started with a grand, gestural sketch and then designed towards that. I wanted to take a more thoughtful and considered approach, designing from a users’ point of view and building the experience back from there. I never had the vision that this would be a firm with lots of staff. In the beginning I was just a solo practitioner in my living room. But as an architect who’s a woman of color, I really wanted to address the need to provide spaces that support women. That was missing in the world and still is today, for the most part. And we’re not seeing much change in the gender pay gap, or the crazy hours people are working in design and architecture firms. We’re not seeing change in how many women are dropping out of the industry. We’re barely moving the needle, unfortunately.

ID: What did you learn through designing the Wing about how a space can support women?

AL: It’s less about the bigger architectural layouts and arrangements, and much more about the details that make users feel comfortable, safe, and secure. For the Wing, we provided a huge variety of spaces, which makes people feel like they have control over how they use the space in terms of who they want to be near and whether they want to be alone or in a group. That’s critical. So there are large, open work areas; there are banquettes you can sit at with a small group; there are meeting rooms and phone booths. We love highback chairs where you can work by yourself and feel like you’re in a cocoon.

ID: How did you begin focusing on healthcare sectors?

AL: We were hired by Parsley Health because we did not have experience in health care. (laughs) Which was really kind of visionary of them. They saw we had success in designing workplaces for women, which had never been seen before, and they approached us with that same lens: what can we do to give people something they’ve never seen before? What’s going to help them heal and feel calm and secure? We did a lot of research into biophilic design principals. The common misconception is just to add plants everywhere. And we love plants! But it’s much more complex. We referenced the 14 Patterns of Biophilic Design study by Terrapin Bright Green, which bases design around people’s connection to nature and how to replicate those feeling inside themselves.

ID: How do you find the line between healthcare and hospitality?

AL: It’s a good question. Health Quarters loved what we did with Parsley. But they work with Mount Sinai and also a lot of independent practitioners: evidence-based wellness practices like nutrition, meditation, and acupuncture. The exam offices required by Mount Sinai really needed to function as exam rooms, but the massage rooms needed to feel calming and darker and softer. So we had to think about the holistic experience of coming to a place where you can have all your needs met. That meant doubling-down on biophilic design, but also making the adjacencies next to exam beds required by the equipment meet all specifications. Where we brought invocation was the experience of the patient, totally changing how they feel and interact with the room.

ID: How did you extend that approach to the public spaces for Liv by Advantia Health?

AL: Healthcare is very much not designed with women in mind, or their families. We had a vision for serving them. The type of care at Liv by Advantia Health is gynecology, OB services, pelvic floor physical therapy, and mental health and nutrition. Some patients are newly pregnant and really excited to come in for their ultrasounds. Other patients are coming in for less-great news, like miscarriages. We wanted to think about the decisions patients would have to make about where to sit while they wait for their appointments. So there’s a quiet, waiting area where you can tuck yourself into a corner. And there’s an active waiting area where you can bring your kids. Wayfinding in traditional medical offices is pretty terrifying. (laughs) I’ve been pregnant twice in the last few years, and I’ve had lots of doctor’s visits, and every time I stepped out of the exam rooms I’ve gotten lost and stressed out. And there are a lot of bathroom trips, and trying to find them always takes a while. So one of our big drivers was to design hallways that are intuitive. Wayfinding was very important, and having clear ends to hallways which don’t turn into mazes or donuts. We have a teal corridor and a mauve corridor and in the middle there’s a skylight to really call attention to how it’s the place you go if you need to leave.

ID: Did that influence the Tia offices as well, with its bright atrium?

AL: There’s no medical reason why staff shouldn’t have natural light. It was so important for us to give the staff an experience that included light and comfortable furnishings and easy wayfinding and flow. Those are the folks who spend 8-12 hours a day in the space. So the lab was placed against this day-lit atrium with a beautiful scalloped well across from it. There’s another staff space with an outdoor terrace. A main driver for the layout was to make sure the staff had just as pleasant an experience as the patients. That just feels like a no-brainer. Hopefully people are starting to pay more attention.

ID: What’s next on the boards for you?

AL: We’re designing a café in Reykjavik, an all-day café and restaurant that integrates a theatre for film screenings. The client came to us and the only requirement was that he could have his favorite omelet. We could do anything else. It’s kind of a dream project. In Tribeca, we’re designing a showroom and play space that focuses on brain development for Healthy Nest, and retail layouts for the toy store Camp. And we’re doing a few locations for Small Door Veterinary, designing front-of-house play experiences and specifying materials that are comfortable for dog paws in colors that reduce anxiety. We always want to create experiences that are surprising and memorable.