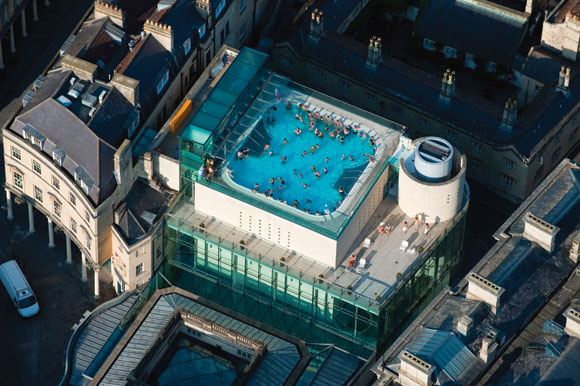 A pioneering and much-lauded design firm that specializes in architecture, interiors, and master planning,

—founded in 1980 by Sir Nicholas Grimshaw—has made substantial contributions to city life, transportation, and sustainable architecture practices across the globe. Deputy chairman Andrew Whalley is the knowledgeable and charming voice of the firm, overseeing many of its most impactful public projects while handling employee engagement, PR and external communications, and design approach. He’s also a popular lecturer and educator who has taught at London’s Royal College of Art, University College London, and Washington University.

Interior Design: Andrew, you’ve been with Grimshaw since 1986, and have seen it change quite a bit. What was the company environment like in the early years?


Andrew Whalley: When I joined the company in the mid-80s, our principal work was industrial architecture. This provided a pragmatic understanding of building, which was very grounding. We would create architecture out of humble means, and we developed an understanding of programming in the event that we needed to restructure a building’s planning. This set the precedent of “thinking things through,” and we’ve maintained that strength through the years. 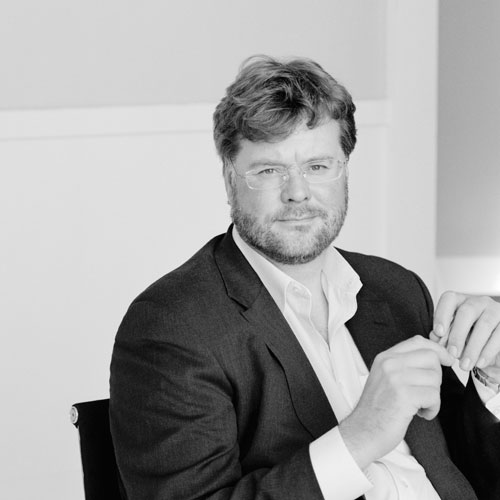 ID: Grimshaw is known for significant public projects in major capitals the world over. How did you go from industrial work in the UK to influencers on an international scale?


AW: Our first urban project was in central London, and we created it in the spirit of a traditional market hall. Rather than the big, flat box, we created a notched roof, an exoskeleton that matched the surrounding Georgian streets, and employed a new type of fireproof system and well as an external steel structure. In the late 80s, we won the contest to create a new international terminal adjoining Waterloo Station. No one had looked at rail in a new way for a very long time, so the Waterloo project marked a renaissance of rail for the UK, and really launched us into the field of transport.

In the years since, we’ve developed and grown in the field of transport. We’ve also been successful in developing within the education sector. We’ve always done lots of work in Germany—there are a number of German architects on staff—and for a long while the UK and Germany were our main stable ground. We built key buildings marking the millennium in the UK, built at the behest of the Millennium Commission, using funds from the national lottery—the

in Cornwall. We were then invited to a competition in America, for a plant science center our side of St. Louis, Missouri, and we were able to win that contract.

ID: How was that introduction to working stateside?


AW: We learned a lot, and decided we wanted to continue developing our work in the US. We enjoy being immersed, so we decided to set up a New York office of two people in 2003. We were successful in winning the competition for

[the Experimental Media and Performing Art Center] in Troy, New York, which really got us started in the US. That is a very sophisticated performing arts building—demanding to create, and very satisfying. We had a drinks celebration after our first meeting with our client, at the Twin Towers, on September 10, 2001, and the days that followed made us resolve that we wanted to be part of rebuilding New York. We were very fortunate that we won the chance to work on the Fulton Center. It’s been a long, slow process, and we’re very excited to have it open to the public [in June 2014]. We have a great relationship with Mayor Bloomberg, and the bulk of our work in New York has has been public. 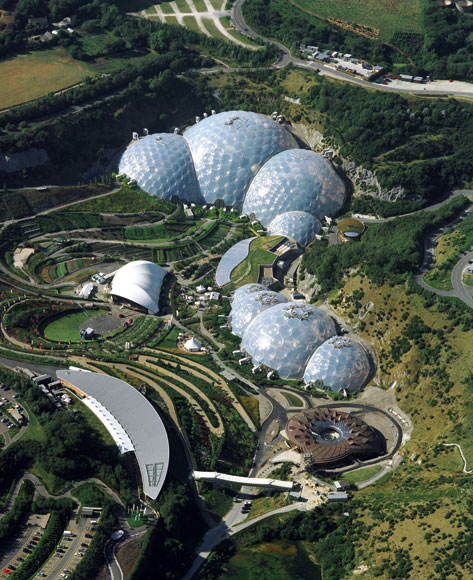 ID: It would be a dream for many an architect to have a fraction of the public engagement that Grimshaw enjoys in New York. What are some of those feathers in the cap?


AW: We have designed the city’s bus shelters, a prominent public housing project [

, in conjunction with Dattner Architects], the new water treatment plant in the Bronx, and the new

. The New York office has grown from two people to 105. Three years ago we moved to West Chelsea, taking three spaces that are certified LEED Platinum. There is a gallery on the ground floor for events, a really big workshop, and a thriving hub for industrial design projects—where a lot of furniture, both for projects and standalone, are created.

ID: While New York has been very good to Grimshaw, there are similarly thriving offices in Sydney, Doha, and, of course, London. What’s the key to cohesion between all those spread-out offices?


AW: Rather than thinking of any one office as a “headquarters,” we’ve restructured the company as a partnership. While most of our employees are based more or less in one office, projects may well involve collaboration across two locations. We try to operate as one group.

ID: Grimshaw employs upwards of 370 employees. How does the organization promote strong work?


AW: The way we work is a meritocracy—governed by ideas and thinking rather than a hierarchy. When we have a design meeting, everyone’s ideas are equal and the best ideas go to the top. Meanwhile, we place great emphasis on the stewardship of the partners. We’ve largely known each other for years, while four new partners joined last year. There is a commonly held ethos, and I talk to all new staff that join, spending time to go through our projects and history. We encourage cross-office projects and design reviews, and to ensure that we are all dialed up, we have a position of senior director of internal communications, who can facilitate the issues of timezones and geographic concerns. We also see great benefit in moving people from office to office when warranted—a young architect from New York may well relish a few months in London. This is good for us, as well, as we transfer knowledge that way.

ID: The firm takes some interesting approaches to environmental issues. What’s at the heart of your sustainability practices?


AW: Back in the 80s, as we were doing Waterloo, we won the British Pavilion contract for Expo ’92 in Seville. In Europe, there was just starting to be a growing awareness of greenhouse and global warming issues. The structure we came up with used shading and a water wall as cooling elements, and we were able to turn sunlight into a lighting and heating solution. We demonstrated what could be done in the sense of sustainability, and really relished that challenge—looking at a whole building as a physical demonstration of sustainability. That project introduced elements that have run through our work ever since—the Eden Project, work on waste power units. 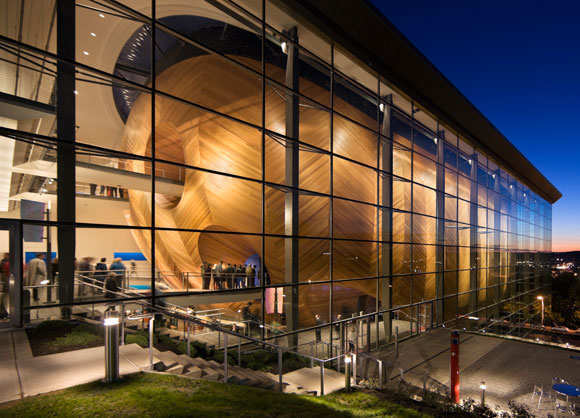 ID: How are you applying such concepts now?


AW: Currently, we have the Croton Water Treatment Plant in the Bronx, New York, and this looks at ecology in fresh ways. With the counsel of biologists and environmental designers, we’ve  learned how to capture run off in a pond, pump it up to the roof, and use carefully selected plants to clean it. When it is finished, you’ll see a massive park and beautiful ponds. It will be a very interesting area that demonstrates how sustainability is about a lot more than buildings and energy consumption.

ID: You mentioned the water plant and a few of the New York projects. What is some other work on Grimshaw’s plate?


AW: In London, there are lot of interesting transport and infrastructure. We are working on the interiors of all the stations for the Crossrail Project, and redoing London Bridge station. That is an urban issue, not just a transport issue, as we will be creating the biggest concourse in Europe. In Australia, we’re working on the new high speed rail system, as well as number of housing projects—both affordable and commercial. We have both large-scale infrastructure initiative and and humble projects in the Middle East and in Asia. Recently, we converted an old blast furnace in Mexico into Horno³: Museo del Acero and it’s an amazing piece of industrial archaeology. Our computational design group published the books

, and is currently putting together

. There’s the Patricia and Phillip Frost Museum of Science, which is beautiful and really engages with its environment. All the while we put a lot of money and effort into research—into subjects such as the UK’s investment in nuclear power to meet its carbon footprint commitment and the efficacy of airports in London and New York.

ID: What are the great opportunities in architecture at this moment?


AW: I recently gave the commencement speech at the Gloucester School of Art, and essentially said this: Across all of our interrelated disciplines, we may think we’ve come to a level of maturity after the Industrial Age and more recently the Information Sharing Age. We have to recognize that we are at the beginning of a bigger shift in humanity. Our population is going to grow by several billion people. Almost the entire growth of our world’s population is in the east—India and China, specifically—and three billion more people will be living in cities by the year 2050. We are going to have to double our cities. This impacts everything—we need insightful and responsible urban planning that focuses on sustainable ways of living and creating infrastructure that supports all of these people. This will impact our offices and houses, as well as the products we use within them. The opportunity now is to champion a new level of sustainability—which of course is both an exciting opportunity and a challenge. We are blessed to be at the level of technology that we are. It’s an encouraging thing that developing countries and recognizing and addressing these realities.