One of Chicago’s most dedicated, innovative, and highly respected design talents, Chip von Weise first opened his eponymous firm in 1999, following stints at the Windy City firm Booth/Hansen and Associates and, later, as a founding principal of VPR Architects. After a brief merger with 4240 Architects in 2004­/2005, von Weise & Associates relaunched in 2005 and has been a formidable part of the Chicago design community since. Von Weise is an active member of AIA, the Chicago Architecture Club, the US Green Building Council, and several other design organizations. His forward-thinking green designs have garnered acclaim as well as awards such as the 2012 Illinois AIA Mies van der Rohe Citation of Merit award (for the Carton Residence), several Chicago AIA design awards, and the 2000 TKTS Times Square Ticket Booth Design Competition. The firm has designed offices for Cards Against Humanity and the GE Monogram Design Center, transformed Chicago’s Bismarck Hotel into the boutique Allegro Hotel, renovated a number of educational institutions and houses of worship, and shown true innovation on the residential level. Here, we hear from von Weise the secrets of his firm’s success. 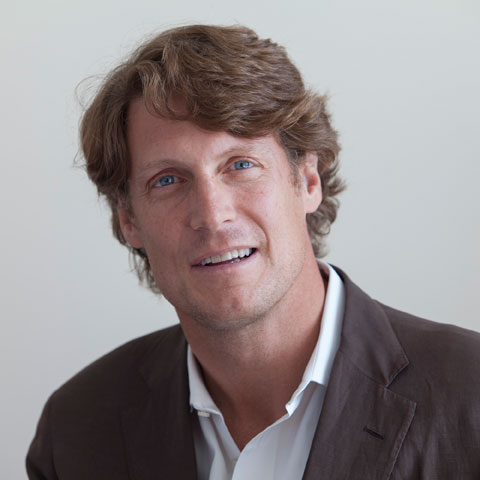 Interior Design: You’ve made it a huge part of your practice to be a part of the Chicago design community at large. Why is this important to you and your firm?

Chip Von Weise: There are so many big firms 300 to 400 person firms but we’re small in comparison. We are a small, ten-person boutique firm. By being a part of design organizations, the younger staff can engage in intellectual discourse which adds so much to what we do. The Chicago Architecture Club, for example. They do a good job at engaging with the young community through their lectures and general discourse. As for AIA, I got involved as a response to the big firms’ dominant presence. Every month I fill out an AIA economic report as a small firm, which helps add some perspective to the organization.

ID: What is it about designing in Chicago that keeps you inspired?

CVW: I’m a transplant my intellectual background is in the Northeast. I had been a Studio Art major, and I began working in advertising here in Chicago, and I just fell in love with the city. It’s just such an easy, comfortable, friendly city. I was in Boston for grad school, and while there I worked at Peter Forbes, an 8-person firm. I really enjoyed that. Actually I had spent all my summers as a carpenter, so the hands-on approach really appealed to me. After grad school, my wife and I decided to come back and design here, with the idea that I wanted to start my own firm.

ID: Now, you had been on your own, then merged with another firm, then relaunched. What lessons did you learn there?

CVW: Well, like a lot of Chicago people, I really wanted to design a high-rise. I was approached six years in with a chance to merge my the firm with a larger firm [4240]. It had appealed at the time, despite reservations, because it promised to open some avenues for really big, new business. By eight months in, I had realized that it was the worst professional decision of my career. So I had to split from the merger. Ten years ago, we relaunched. While it was a difficult time, it helped me understand what I really wanted. A personable, engaged firm that was never so big that we lose sight of what we’re about.

ID: What do you look for in staffers?

CVW: I look for people who are super engaged in the intellectual process. We’re reasonably informal, but I guess we’re about individuals who are intelligent, curious, strong on an organizational level, and articulate. It’s so important to be able to express ideas in a succinct manner.

ID: What’s the creative discourse like between you and your team?

CVW: It’s so important for the younger staff to be in on the design process. I get involved, of course, but I can’t manage the consultants, the budgeting, and all of the creative decisions. To do this well you really need a broad set of skills. I’ll prioritize one element over another on a case to case basis. The younger staff knows what our budgets are. I believe in that.

ID: You’re a big proponent of mentorship. How does this take shape in your day-to-day?

CVW: It’s really great to find ways to use philosophy and theory to help kids think abstractly, to think about the needs of an urban environment. I’ve been involved with a Virginia Tech studio of about 12 to 16 undergraduate students… We do pin-ups, desk crits, and I get my staff involved. There’s a great exchange of intellectual energy. I encourage them to go to lectures around town. I’ve actually poached three good Virginia Tech people for our staff so far! It’s all been very rewarding. It’s actually quite remarkable, being around people who grew up with the Internet! The way public and private communication has changed is remarkable. There’s a new balance between “intimate” and “public.”

ID: As an urban designer during a very significant time in design, what is your take on the challenges and opportunities of designing for cities?

CVW: Within professional discourse, it’s about bridging the areas of urban design, architecture, and interior architecture. The future of cities is an extremely powerful subject, that’s where all the energy is. We are social beings, and we need access to cultural opportunities. I think there’s going to be a lot more emphasis on urban, outdoor spaces. I think of River Walk in Chicago, and a few new parks. These spaces are designed like they are interior spaces.

ID: Everyone loves Cards Against Humanity, and you are behind their very cool offices. What went on there?

CVW: Well, there were eight founders who are smart guys and a graphic designer-artist who took the lead. It’s a one-hit wonder of a concept, they realize, so it’s doubling as a co-officing environment. There are a lot of artists there: graphic designers, video gamers, and other very creative minds. There’s a park room, a recording studio, a gallery space. There’s a bike repair shop in the reception area, even a Lego room. We had a lot of fun with creating some interesting vignettes throughout the space. In one area there are Japanese tatami mats; in the cafe there is a wall garden where they can grow their own food.

ID: You’ve found great success as a residential designer as well. What goes into that process for you?

CVW: Look, feel, and emotion are all elemental with a home. The experience of getting the right design for the client is very meaningful. That said, it can also be very stressful. With houses, there are emotional components and we all just have to work through it. Having strong, open client relationships is key. Also, in this day and age clients are more informed than they ever have been before. This has advantages and disadvantages. We can engage them on new levels, and yet sometimes they can be really in love with something that is goofy. Being an educator helps there. Ultimately I think increased access to information has created a more articulate and engaged client.