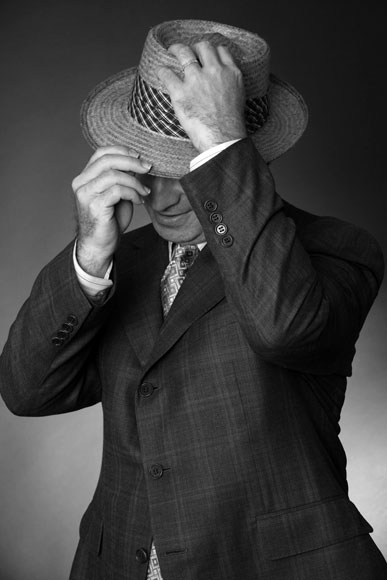 Architect Donald Rattner, principal of his own firm Studio for A.R.T and Architecture, delved into the world of retail in 2010 when he launched his concept store

in Brooklyn, New York. He opened the shop to bring together outstanding examples of reconfigurable, interactive and modular art and design from around the world. Here, Rattner talks to

about the “New Industrialism” movement and the threats of big box retailers to the market.

: What are you working on at the moment?

Donald Rattner: The bulk of my time these days is going into building MODULE R. With the holidays upon us we’re especially busy bringing in new items, organizing the store floor and decorating the space to reflect the season. On the architectural side I’m serving a repeat client who is looking to improve upon a 7,000-square-foot home he recently purchased–that happens in what passes for spare time!


ID: Your background is architecture; what drew you to retail?

DR: Actually, architecture did. In 2000 I was commissioned to design a group of 30 identical cottages for a historic spa resort in West Virginia. For various pragmatic reasons the team decided to build them as prefabricated modular units. This experience introduced me to the concepts of modularity and reconfigurable design, which means an ability to combine and re-combine interchangeable units to create larger compositions. I didn’t know it at the time, but this turned out to be the first step on a rather lengthy, but nonetheless linear, progression into retail. 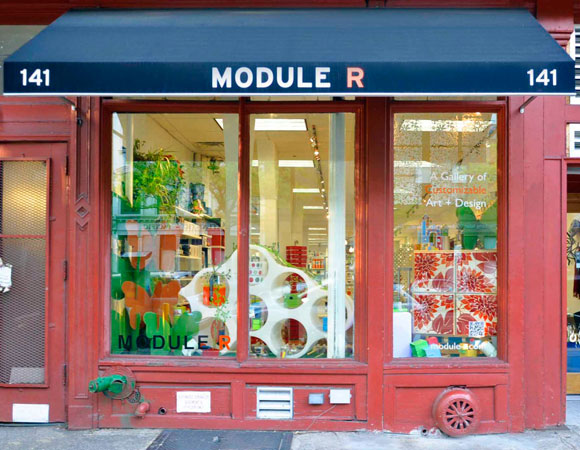 DR: MODULE R is the world’s first storefront for customizable, interactive, flexible and modular art and design. Because we’re concept driven rather than category based, our catalog brings together things not commonly found under a single roof, such as fine art and toys, for example. Among our other categories are accessories, books, children’s decor, furniture, cookware, jewelry, lighting, screens and hangings, storage, and wall and floor coverings.


ID: What sparked your interest in modular art and design?

DR: After completing that modular architectural project I spoke of a moment ago, I started to read extensively about modularity to educate myself further. I pretty quickly discovered that not only architects, but also artists and designers, had been following modular principles in their work since the early 20th century. I found it particularly interesting that things as nominally diverse as the Frankfurt Kitchen of the 1920s and Sol LeWitt’s sculptures of the 1960s could share an underlying formal strategy.

Today modular design–or any instance of transformable design, as I’ve come to define it–is important because it addresses several issues central to our culture. First, it harmonizes with our mobile and fluid way of life. Second, it’s economical, both spatially and financially, because it allows us to adjust the physical size and cost of things incrementally. Third, it’s often multipurpose, which means one object does the job of two or more conventional ones, resulting in still more economies. Finally, it’s interactive, allowing people to physically engage with the material objects they surround themselves with, rather than merely consume them passively. 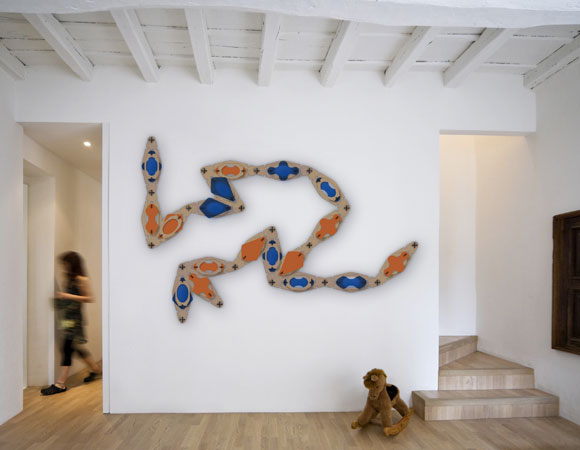 
ID: What’s the protocol for products that go into your store?

DR: Sourcing is my responsibility, and it follows a pretty regular protocol. To start with, a product or work of art has to satisfy one of our formal criteria, meaning it has to be modular, interactive, reconfigurable, transformable, flexible, co-creative, inscribable–or all of the above! It must also be well-designed, beautiful, and make you think. Last, we want to feel like it adds to our reputation as a resource for intriguing, uncommon pieces as well as classic, more widely known items. If a piece can do all that, our accomplished Director of Merchandising, Aimee Morris, will do what it takes to bring it in.

DR: I want to take our concept to the next level and utilize state-of-the-art technology to allow people to configure some of our products online so they can visualize the assembly before ordering. We’re also thinking about expanding into more physical locations, as we believe our bricks are as important to our venture as our clicks.


ID: What’s inspiring you at the moment?

DR: A couple of books I’m reading. One is

, by Chris Andersen. It ties into a lot of the ideas underlying MODULE R, and even mentions some suppliers we deal with. The other is

, by Noam Wasserman. It’s all about the challenges facing people who start businesses. Hard to say whether it will make me want to retire early or get me up even earlier in the morning. Guess we’ll find out when I finish!


ID: You coined the term “New Industrialism.” What does this mean to you?

DR: As the title of the book I just mentioned says, we’re in the midst of a third industrial revolution, which is what my term refers to. The first revolution came about with the invention of mechanized looms in the 18th century, the second culminated in Henry Ford’s assembly line, and the third started with the digitalization of information and its application to manufacturing. The impact of the New Industrialism on the world has been huge, so I thought it deserved a catchy moniker of its own. 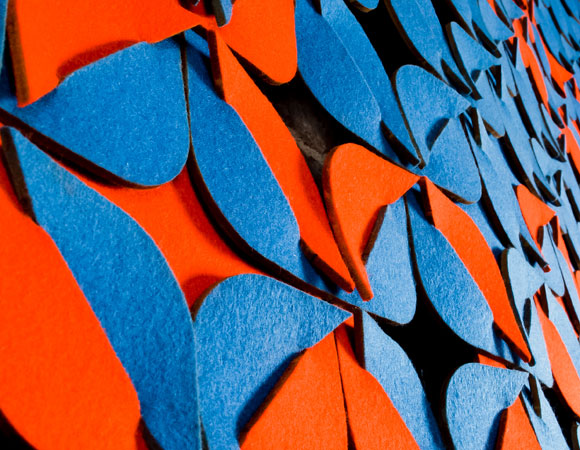 Detail of a product in the shop.


ID: How has the business changed since you started?

DR: Until I got into retail, the oft-cited complaints about the threats of big box and Amazon domination of the market only resonated so much. Now I see the issues more clearly and how important it is to have a countervailing force among independent and innovative retailers. Unfortunately the trend over the past two years continues to veer towards the supersized, but I remain optimistic that we, and others like us, will find a way to succeed.


ID: What’s currently on your radar?

DR: I’ve got a list of over 100 new products we’re considering bringing in after the New Year, some of them brand new out of Kickstarter, interestingly. We’ve got lots of plans for new features on our web store, and I expect to be on the hunt for venture capital to help propel the enterprise to the next level. Oh, and I have a book idea swirling about in my head, which I figure to do in the rest of my spare time. Stand by for future announcements!