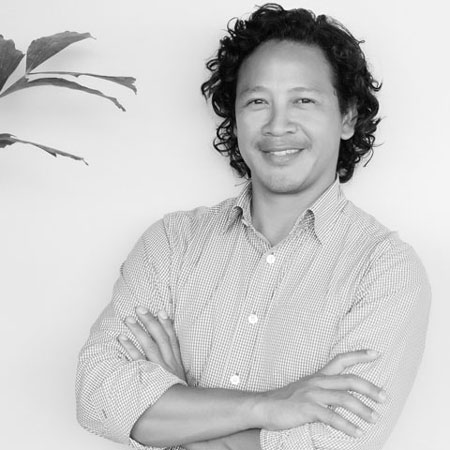 Fernando Wong is keeping busy. The Florida-based landscape architect started his firm, Fernando Wong Outdoor Living Design, in 2005, building a portfolio of residential and commercial projects in Miami, Palm Beach, Southampton (he has offices in all three), and beyond. Today, thanks to no shortage of new construction in those areas, Wong has his hands full. He’s working on two properties for the Four Seasons—including the transformation of the iconic Surf Club into a hotel and residences, a project led by Richard Meier—a Starwood hotel in Savannah, and the new Institute of Contemporary Art in Miami, to name a few.

Interior Design: What was it like working with Richard Meier for Surf Club?

Fernando Wong: Richard is a genius but he is also an amazing gentleman. When we were hired to do The Surf Club, the developer asked us to go to New York to meet with Richard right away. His office was perfect—all white (it was everything I wanted it to be, but better)—and the great man himself personally escorted us to his office. We were so nervous and it was such a kind, impressive gesture.

One of the best things about what I do is collaborate with other creative people. To able to talk about design with the globe’s greatest architect is a thrill, which is indescribable. Throw Joseph Dirand, Lee Mindel, and Kobi Karp in the mix and you have a once in a lifetime project.

FW: I have a couple. The first is Belvoir Castle (pronounced Beaver—I am not kidding) in the U.K. It’s the ancestral home of the Duke and Duchess of Rutland. I discovered it when we had a brunch at our home in Miami Beach for the Duchess to celebrate her book on one of the history’s most famous landscape designers, Capability Brown. He designed the original garden for the castle and, sadly, much of it was never implemented. After 200 years, the original plans were found and the Duchess began an ambitious project to finish installing Mr. Brown’s plan after a two-century pause. It’s especially appealing because it spreads out over hundreds of acres on a 15,000-acre property. Now that’s what I call a dream client.

The other one is Millennium Park in Chicago. I love Anish Kappor, so I’m crazy about Cloud Gate, his first monumental outdoor work that is featured along with collaborations between some of the world’s greatest landscape minds, Gustafson Guthrie Nichol, Piet Oudolf, and Robert Israel.

On the residential side, I deeply admire what my friend Peter Wirtz did for Henry Kravis in Palm Beach.

ID: What landscape trends do you see becoming more popular in 2017?

FW: More of a push for native plants. Bromeliads will also be used less and less. I’m thrilled (primarily because I hate them) but also because they are breeding hotels for mosquitoes that in turn spread the Zika virus. People will also start using more and more synthetic sod. We will see very fancy golf clubs with completely synthetic greens in our lifetime.

ID: What have you learned about running a practice that you didn’t know when the company started in 2005?

FW: I could write a book. There is so much they don’t teach you, like cash flow or how to hire and fire employees—the list is endless. Thankfully, I have friends who are designers like Austin Harrelson, Leta Austin Foster, and Amanda Lindroth. It helps to have people who have achieved a certain level of success who I can go to for advice.

FW: I grew up in Panama. I always loved the jungle and the mountains. I trained as an architect and interior designer, but my first love was always plants.

FW: Besides the Four Seasons Hotel and Private Residences at The Surf Club in Miami, I’m working on the Four Seasons in Palm Beach and Fort Lauderdale, a Starwood Luxury Group hotel in Savannah, resorts in Mexico, Colombia, and Grenada, the new Institute of Contemporary Art in Miami’s Design District, and a National Park for the Bahamian Government in Nassau, which happens to contain the world’s largest selection of exotic palm trees. I’m also doing residential projects all over the country.

I’m so proud of them all. I’m literally one of those immigrants that came to this country with $400 and a dream. I’m doing things that I never imagined possible.

FW: I still draw renderings by hand. When I first came to this country, I survived by doing renderings for interior designers. I also design in Auto CAD—very slowly—which drives my staff crazy. They keep banning me from the computer but I always sneak back on.

FW: Both, but I love books. Like most designers, I have a ridiculous amount of coffee table books. Pinterest is great when a client first engages us. A picture is helpful because it saves a lot of time in the beginning of the design process: my idea of a classical garden may not be the same as my clients’.

FW: LikeThat Garden: “See a plant or butterfly take a photo and find out what it is instantly.”

FW: My secret source of inspiration—magnums of Rombauer Chardonnay.