A visionary architect and urban designer, Howard Elkus, a founding principal of Boston-based

, has left an indelible mark on a wide range of landmark projects— from the retail meccas of Al Maryah Central in Abu Dhabi, Copley Place in Boston, and Pacific Place in Seattle; higher education environments for Boston University, Emerson College, and Harvard’s Kennedy School of Government; and mixed-use projects such as 730 North Michigan Avenue in Chicago, the Shops at Columbus Circle in New York, and CityPlace in West Palm Beach. He and firm co-founder David Manfredi, along with the firm’s three other principals, have steered the award-winning practice since 1988, bringing humanity to even the grandest of projects and consistently unifying form and function for some of the world’s most powerful clients. One such longstanding client, Related Companies, tapped Elkus Manfredi to conceive and build the retail complex of

in New York—one of the most ambitious New York builds in history—which will live at the north end of Manhattan’s High Line park and open in late 2018. We caught up with Elkus to get some insider perspective on this massive new addition to the Big Apple. 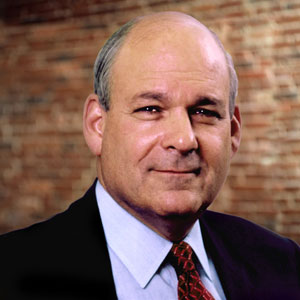 
Interior Design: Hudson Yards offers significant growth possibilities to a long-underutilized neighborhood as well as to hundreds of businesses. What has it meant for you and your team to have your hands in its creation?


Howard Elkus: New York has experienced such great success in nearby neighborhoods and the opportunity now with Hudson Yards is to create a new neighborhood within an untapped zone of Manhattan. That fact is extraordinary. Hudson Rails will always be underneath, and the High Line delivers you right here, wrapping right to this site. It’s going to inherit the great success of the High Line, invite densities that rival anything that exists on Manhattan, and be incredibly innovative in terms of mixed-use. It has been the focus of our attention for years, with a number of false starts along the way.

ID: What was your initial approach to this endeavor, and how did you start the creative conversation with your team?


HE: We have experience with all elements of mixed-use, and are responsible for millions of square feet of academic, retail, and hotel space. We also have lots of experience working with Related Companies—headed up by Ken Himmel, one of the leaders of retail-driven mixed-use development. That said, it was very significant to be brought on as a key team member from the start. Our driving focus has always been “flow.” How will people get into Hudson Yards, naturally? From the corners? From the office towers? From the High Line? When one arrives, the worst thing that can happen is frustration. Frustrated people are not happy people. Needless to say, there has been lots of macro- and micro-thinking at every turn.

ID: How have you learned to deal with those false starts you mention?


HE: It brings to mind another project. We have been working on Miami Worldcenter for six or seven years, and it’s finally happening. Along the way there might have been frustration over why things weren’t happening. Now we’re able to see the great fortune of the timing in which it actually is happening.

ID: As our cities become denser and grow larger, how do you see the role of mixed-use projects expanding, and what can they bring in terms of quality of life?


HE: There’s so much to say about this subject. We did CityPlace in West Palm Beach, also with Related, which covers 75 acres and is totally mixed-use. Our thought process there was

, If we design this for the people who live here it will succeed.

Others who competed for that project thought far less “regionally.” Our view—which has remained consistent with our other projects—was to start with what’s good for the location. So with Hudson Yards, what’s good for Manhattan? Its juices have to come in from the culture, the place, the history.


The dining component is another major element that has revived entire neighborhoods. Waltham, outside of Boston, had died, and food brought it back to life. Great restaurants came in and those restaurants brought housing. Housing brought density. People who wanted to live there insisted upon amenities, and then retail slowly came up.

ID: So what can we expect at Hudson Yards with regard to the food experience?


HE: There used to be essentially no food in the High Line area. We’re bringing great restaurants and venues at different price-points, and they’ll permeate seven levels. [We can now say that Thomas Keller will be opening a flagship restaurant within the Shops and Restaurants at Hudson Yards, and he will collaborate in the curation of another 11 venues at different price-points.] It’s thrilling to think about all the things that are going to be there, far beyond food… Events and the cultural schedule, day and night, 24-7. That’s the state of

ID: And what about the outside?


HE: We’re trying to erase the subliminal wall between outside and inside. The most important thing in our heads is that we’re part of the urban fabric. This is not a mall; it’s not confined to the interior of a structure. People who simply wouldn’t go to a “restaurant in a mall” will be enthusiastic to eat here, and to return. Meanwhile, people on the High Line can walk or ride up and see Manhattan from a new vantage point, our observation deck.

ID: Hudson Yards will be home to the city’s first Neiman Marcus. How did that come to be?


HE: We talked to all of the department stores, and the one we got—which hadn’t been looking—was Neiman Marcus. This is enormous for the city and for Neiman Marcus. They have a chance to reinvent themselves. They’ve got 250,000 square feet—which is big time—and are looking at this project in a very exciting way.

ID: Neiman Marcus is far from the only major retailer taking up residence at Hudson Yards. How have you approached the retail considerations?


HE: Our challenge has been to attract people to move up seven stories. We’ve engaged in constant dialogue about how the horizontal and vertical planes will be merchandized. We’re essentially looking at them as vertical and horizontal streets. That’s what drives the success of Time Warner Center, the fact that the sidewalk has been replicated in the air. Think of how people shop in Manhattan, organically moving uptown. On one hand they may choose anchors like Saks, Macys, or Bergdorf-Goodman; on the other they may be drawn into Bottega Veneta. Madison Avenue is essentially its own brand. Nobody calls it a mall; it’s a street. Here, we’ve taken luxury above the ground floor, and that’s where it wants to be. I’m reminded of Chicago’s Water Tower Place—more or less a shopping mall turned vertical. Its ingenious underpinnings made it a success.

ID: How were you able to navigate the city’s expectations of existing street traffic in the lower 30s on the west side?


HE: The city dictated that the city grid not be lost in the huge diamond of Hudson Yards. 30th and 33rd Streets were naturally knitted in, but 31st and 32nd Streets could be as well. This drove our organization to create an extension of the streetscape.

ID: Cities across the globe are in the midst of swelling and at the same time getting denser. Given your particularly relevant experience, what’s your take on this concept?


HE: I consider what’s happening in our cities to be wildly exciting and the potential is off the charts. What this density and today’s technology allow for are great insight into how we all communicate. What are people’s tastes, wants, needs, and desires? How do we maximize quality of life? That’s the great question with urban living. Manhattan—the city with the greatest density—is one of the safest cities in the country. Why? More eye zones and a keen awareness of our relationships to one another. That’s exactly how we hope it always will be for Hudson Yards.