Joan Blumenfeld, Global Interior Design Director, New York, at Perkins + Will is a powerful catalyst in the push for health-centric design and sustainable development, with a list of celebrated projects that include corporate offices, government buildings, educational facilities, and cultural institutions. Blumenfeld, the former President of the New York chapter of AIA, is the lead interior designer for the New York Police Academy’s training barracks in College Point, Queens and a major contributor to New York City’s Active Design Guidelines—Mayor Bloomberg’s sweeping directive to augment New Yorker’s health and fitness through architecture, interior design, and urban planning. Here, she discusses the shifting health needs of NYC, the epic task of building for the New York Police Academy, and her stern letter to Mayor Bloomberg. 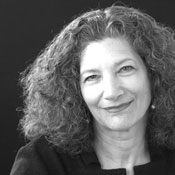 Joan Blumenfeld: The first Fit City conference took place in 2007, and the mayor’s office was focusing on this topic even before that. Now, however, it’s really taken off. The Active Design Guidelines are in place, intended to counter obesity, diabetes, and other health concerns. When they asked me to get involved with the guidelines, my team collected information from other interior design firms and we started speaking with the Department of Health and the DDC. When we first made presentations, there wasn’t a big push to embrace this. People misunderstood, thinking we were saying you had to put expensive, interconnecting stairs into all buildings. The big shift has taken place over the last two or three years.

ID: What’s behind this push for improved health across the city?

JB: Researchers are tracking what people are eating and how they are burn fuel, in a way that they couldn’t before. Using new scientific tools with finite tracking and metrics, they’ve started seeing that optimal health is about more just exercise two or three times a week. Little movements throughout the day make a big difference. In the last year, there seemed to be a tipping point, and fitness is on the public’s mind like never before.

ID: The Active Design Guidelines are a collaboration of many minds—including the Department of Health and Mental Hygiene, Department of Correction, Department of Transportation, and Department of City Planning—and you brought your interior design experience to the table. What shaped your efforts?

JB: My goal has long been to change the way people work—to make them more collaborative and allow them to work from different workstations, at home, or from anywhere. When people don’t have offices, they walk to meetings. A lot of large corporate space-users are changing their standards by integrating low panels and minimizing the use of offices help. There’s a sustainability element, as well… Printers and copiers are a huge energy user, and if a company centralizes these services, it saves energy while making people move. Mayor Bloomberg is working on making it easier for buildings to keep fire stair doors open.

ID: You’re in the process of working on the New York City Police Academy in College Point, Queens. What have been the challenges and rewards of this project?

JB: The city wanted to create the academy by using integrated project delivery principles, meaning we all sat in the same room throughout the process—the client, designers, consultants, engineers, and contractors. We really got to absorb this culture, which is a luxury. They wanted a state-of-the-art facility with both public and private elements that could be economical and durable. It’s the police academy, after all, and it will have to be able to take a lot of abuse and last 50 years or more. Of course, there’s the physical fitness of the inhabitants that we considered, and state-of-the-art training and technology were our focus.

ID: What’s the initial reaction to its progress?

JB: The police community is really excited about it. The current facilities are scattered across all five boroughs in ad-hoc facilities, and recruits often end up going from one place to another to another to get their training. It’s a waste of time. Now they will have a consolidated facility, designed for the purpose of training. We can’t wait for it to be open and hear the reaction, because it is so large. I’d call the spaces “heroic.”

ID: How did you get passionate about the subject of healthier living through design?

JB: Before 2007, when I was the president of the New York chapter of the AIA, I wrote to Michael Bloomberg’s office—who was a corporate client at the time—and said, “Your employees work in some of the most wonderful office space in the world, but the standard of city work space hasn’t changed since 1971.” I was subsequently asked to put together a coalition of designers to present the benefits of changing how people work. Bloomberg was familiar with the idea of an open workstation, so he was very much behind changing things. We got to know those people in the DDC, and through that process I began working on the Active Design Guidelines. We knew that if the interior design community got behind these guidelines, real change would be made.

ID: What are some of the projects currently on your plate that are keeping you engaged and busy?

JB: We’re still doing interesting things for the Bloomberg company—which is a big design advocate and interested in innovative thinking. We’re also helping a lot of large-scale companies change the ways they work, on a pre-design and consultancy level. We also do a lot of work with smaller companies, and the younger demographic of their employees don’t care what a desk looks like. Rather, they care about everything else—what fun furniture there is to sit on, how easy it is to go get a coffee, maybe being able to get up and play a round of pool. From the “active design” perspective, we recently did a showroom for Haworth, one of our ongoing clients, tucking the elevators back so you don’t even see them and making stairs very obvious and convenient.  We did something similar for NYU’s Stern School of Business. We cut a big hole in the building to bring in natural light and created a huge internal stair as well as a new entrance. When you enter, you don’t know where the elevators are but right before you are these beautiful stairs.

ID: You’ve done much significant work in the education sector. How do active design guidelines work with learning institutions?

JB: It’s crucial to have young people be more active, and one way to so that is to provide flexible learning spaces, which allows them to work in groups, get up and interact, use touch-down space in hallways, and so on. We just finished a beautiful EEEL [Energy, Environment, Experimental Learning] higher education project in Vancouver, as well as a project in New Haven, Connecticut for Gateway Community College that features a great central staircase. The students are always sitting there between classes. The stairs have actually become a place to congregate.

ID: What’s your take on sustainability in a place like New York City, given the expected population expansion in the coming years?

JB: The future is all about the design of cities, and it’s our job to help them work better. This kind of thinking will keep cities livable.  Mayor Bloomberg in at the front of the curve with his Mayor’s task force dedicated to reducing the carbon footprint. They’ve been working with twenty of the largest users of energy and helped them quantify their carbon footprint in this detailed way, offering free advice and offering ideas for how to reduce the use and meet the 2030 challenge. These companies have already shown to reduce their carbon footprint by 23 percent. Most American cities are not currently dense, and it they focus on growing denser, that will help us all focus on being more active and getting away from the car culture.

ID: On a personal note, how did you first get inspired to pursue this line of work?

JB: My parents—both of whom worked in education—were museum-ophiles. Though we didn’t have a lot of money, we did a lot of traveling. We’d go to every museum in Paris over a week; any cathedral anywhere. I fell in love with painting, and knew a lot about it for a kid. I took drawing classes, and my idea of a good time was to come into New York from the suburbs on the weekends and go to galleries and museums. While I had no real idea of what “architecture” was, I though the city was so exciting.  Through the years, I come to understand that design is about what inspires you, and what makes you think differently. That’s the purpose of art.