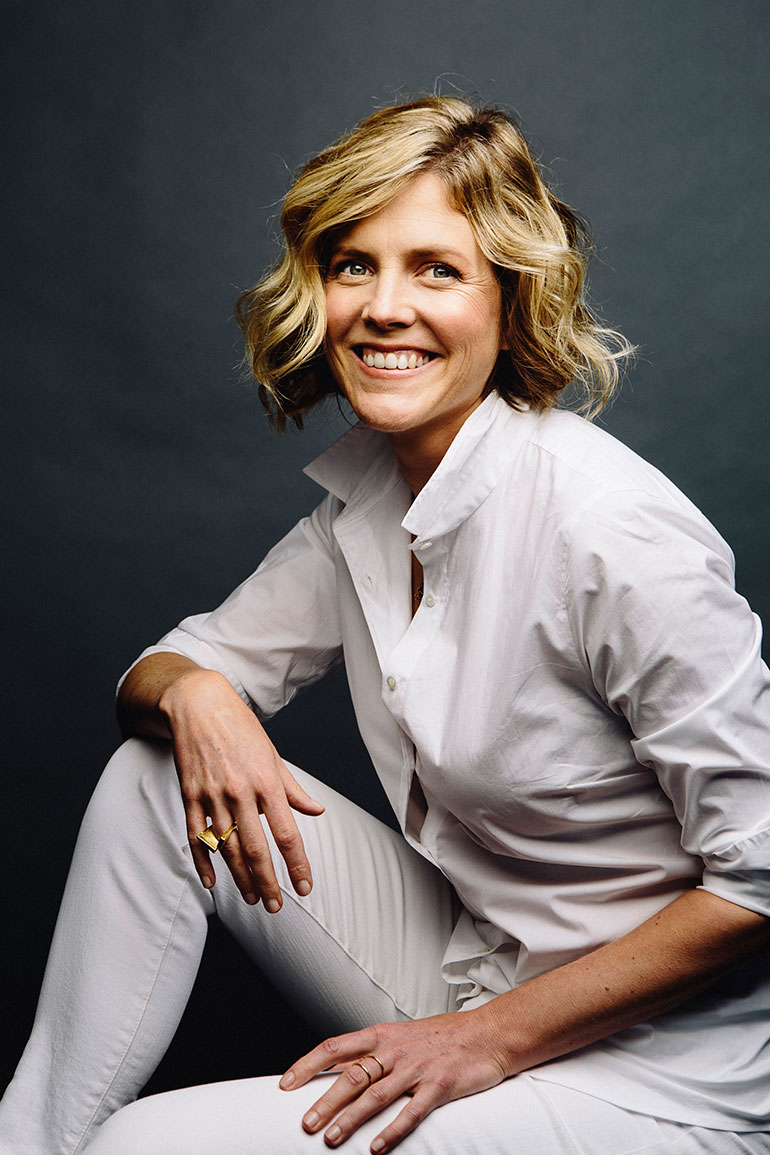 Opportunities that arise from unexpected quarters can often be the best kind. Fine Arts graduate and clothing and handbag designer Jody Phillips never saw herself running large-scale events, but when Informa Markets offered her the role of Director of the Interior Design Show (IDS) Vancouver, five years ago, she accepted and has never looked back.

Phillips’ is a huge advocate of West Coast design, and curated the book Currents: Contemporary  Pacific Northwest Design, published last year by Sweden’s New Heroes and Pioneers, highlighting 40 design studios in British Columbia, Oregon, and Washington. IDS allows her the opportunity to showcase the best of Pacific Northwest design, she says, alongside the work of international design superstars, through products, furniture, installations, and discussion panels.

This year, the show (September 26-29) is focussed on sustainable thinking and the role designers can play in moving towards a more circular economy. Interior Design sat down with Phillips to hear about what she has lined up, how Missy Elliot ended up with one of her handbags, and the work-in-progress painting that hangs in her East Vancouver home.

Interior Design: Along with London-based multidisciplinary artist Emily Forgot, whose  A Sense of Place installation is the Entrance Feature at IDS Vancouver this year, who else do you have coming?

Jody Phillips: I first saw Edible Futures at Dutch Design Week two years ago, and we’re bringing an iteration of it. It’s a feature that really discusses the future of food and the role design plays in our food security. Amanda Huynh, who was former faculty at Emily Carr (University of Art + Design) and now has a tenured position at Pratt, was the only Canadian who submitted to the edible project, with her dumpling diaspora.

We’ve also got a feature highlighting designers from Copenhagen. Each year, since I’ve been running it, we’ve had an international pavilion. We started with Brooklyn, then we did Los Angeles. Then Tokyo, then Eindhoven, Helsinki, and now Copenhagen.

ID: Food seems to be another theme at IDS Vancouver this year. Can you tell us about Marije Vogelzang’s involvement?

JP: I learned about Marije Vogelzang and her Food, Non Food department at the Design Academy Eindhoven a few years ago. I then experienced her Future of Food Pavilion at Dutch Design week in 2017, which she curated as the founder of the Dutch Institute of Food and Design. When trendsetter and curator in her own right, Elizabeth Margles, VP of Marketing for Caesarstone, mentioned that she was considering Marije for their own 2019 collaboration it was kismet. Marije is thoughtfully turning traditional notions of design on their ear, while attracting a wider audience with varied interests and from industries including food and agriculture. Food’s connection with design and culture is so intertwined. SEEDS, her collaboration with Caesarstone, successfully highlights this connection.

ID: What is the design scene like in Vancouver, and who are some of the Pacific Northwest designers we can look forward to seeing at the show?

JP: There’s been quite a difference in this city in the last five years. Of course, I’m biased, but I do a lot of international travel, this job allows me to do that, and I hold really near and dear what’s happening here. I don’t think it’s necessarily an aesthetic that’s specific to the region, I think it’s more of a sensibility. It’s the way in which we collaborate and think about things. That cowboy mentality has really found its stride. It used to be everything had a maker quality to it, and people did start looking at Vancouver and the West for that. We sort of inherently had that quality about us, but the production and manufacturing, and the materials we’re using are more diverse and sophisticated now.

At ICFF (this year) the largest, most impressive installation booths were Vancouver-based: Molo, Bensen, ANDlight, Jeff Martin Joinery, Ben Barber, and Hinterland. They placed them at the front, they placed them together, and they were very impactful. A lot of those guys are really maintaining this craftsmanship, bespoke, one-off pieces and they’ve seen a lot of success.

For IDS, Herschel and Bensen (founded by Niels Bendtsen) have also collaborated on a tote in upholstery fabric, remnants of Benson manufacturing here for the past 20 years.

ID: Can you tell us about your focus on sustainability?

JP: Just this past year, attending Milan Design Week, I thought wow, hall after hall of beautiful furniture, what happens to all these stalls and all these installations at the end of the week? The majority of them get turfed. All the building materials, all the flooring, all of it goes. I just feel like we’re in a position to start a conversation about that. It’s a bit of a double whammy, because here I am in the design industry, where there’s so much waste, and so much consumerism, and then I’m also in the event industry, and all of that whether it be signage, lanyards, the food and beverage side of it, there’s so much disposable waste.

ID: How will it be addressed at the show?

JP: In partnership with IDS Vancouver, Lock & Mortice has committed to a zero-waste exhibition. Their stall, Portal, explores materiality in a way that re-prioritizes sustainability in exhibition and tradeshow design, reflecting their core company values. Lock & Mortice has reconfigured parts from their modular steel shelving system to create their own modular display system. The steel frame holds a 98 percent recycled, FSC-certified honeycomb paperboard which serves as the exterior, interior, and projection surfaces. The use of non-traditional display materials gives a more organic and inviting tactile experience while maintaining all of the low-impact benefits of lightweight commercial display systems. The wood frame of the structure is built out of beams, designed specifically to be cycled back into furniture production as table legs and other components.

ID: We understand you’ve partnered with Habitat for Humanity so exhibitors can opt to have their booth materials recycled?

JP: It’s one extra form the exhibitors need to fill out, saying ‘these are the things at the end of the fair we’ll be throwing out’ and Habitat for Humanity can use them.

ID: Can you tell us about the main bar feature at the show, Restock, designed by Measured Architecture from a dismantled single-family home?

JP: Sixty percent of the landfills in B.C.’s Lower Mainland are filled with tear down, bulldozed houses. We’re partnering with Unbuilders for this. They’re a company that goes around and will take apart your house, and will repurpose old growth wood, restock it and repurpose it. Design is not just how things look, it’s how things work. So, we’re saying let’s get together and figure this out.

ID: You were a handbag and clothing designer before you became an event director. How did rapper Missy Elliott end up with one of your bags?

JP: I started a handbag company, Nanna, when I was still in university (studying fine arts at the University of British Columbia) and oddly, got tons of press right away. That same year (2002), or the one after, out of nowhere—and this was when people used to call and leave messages on your answering machine—the American Music Awards called and asked if I would supply them with bags for all their winners that year. I was like ‘Who is this?’

ID: You now spend your days surrounded by the best in home design. What does your home look like?

JP: I’m a mom of three very active, busy kids. We don’t even have a house cleaner until we panic and call someone and say please come! I love my house. It’s an old Craftsman and I wish I had more time to spend there. Pretty much once a year from IDS there’s something I invest in. Like two years ago it was one of Sabine Marcelis’ mirrors. I have a fluorescent yellowy green coffee table from Ben Barber, who is local, and he also made some custom stools for us because our old house had a dangerously high counter top. I also love ceramics and am good friends with Cathy Terepocki and Heather Dahl (Dahlhaus).

ID: You were a Fine Arts major. Do you have any of your own work up at home?

JP: We do have a few of my big paintings. I do these big landscapes. There’s a running joke in my house with this one of Baja that I started before my son was born (we used to go to Baja every winter with friends). I take it down, paint more, and put it back up and when I see people looking at it I’m always saying: ‘It’s not done yet.’ I’ve got friends who will say ‘Oh yeah, I see you’ve added this or that.’ We’ve moved with it twice. My husband’s like ‘Oh my god, Jody, you’ve been doing this painting for seven years!