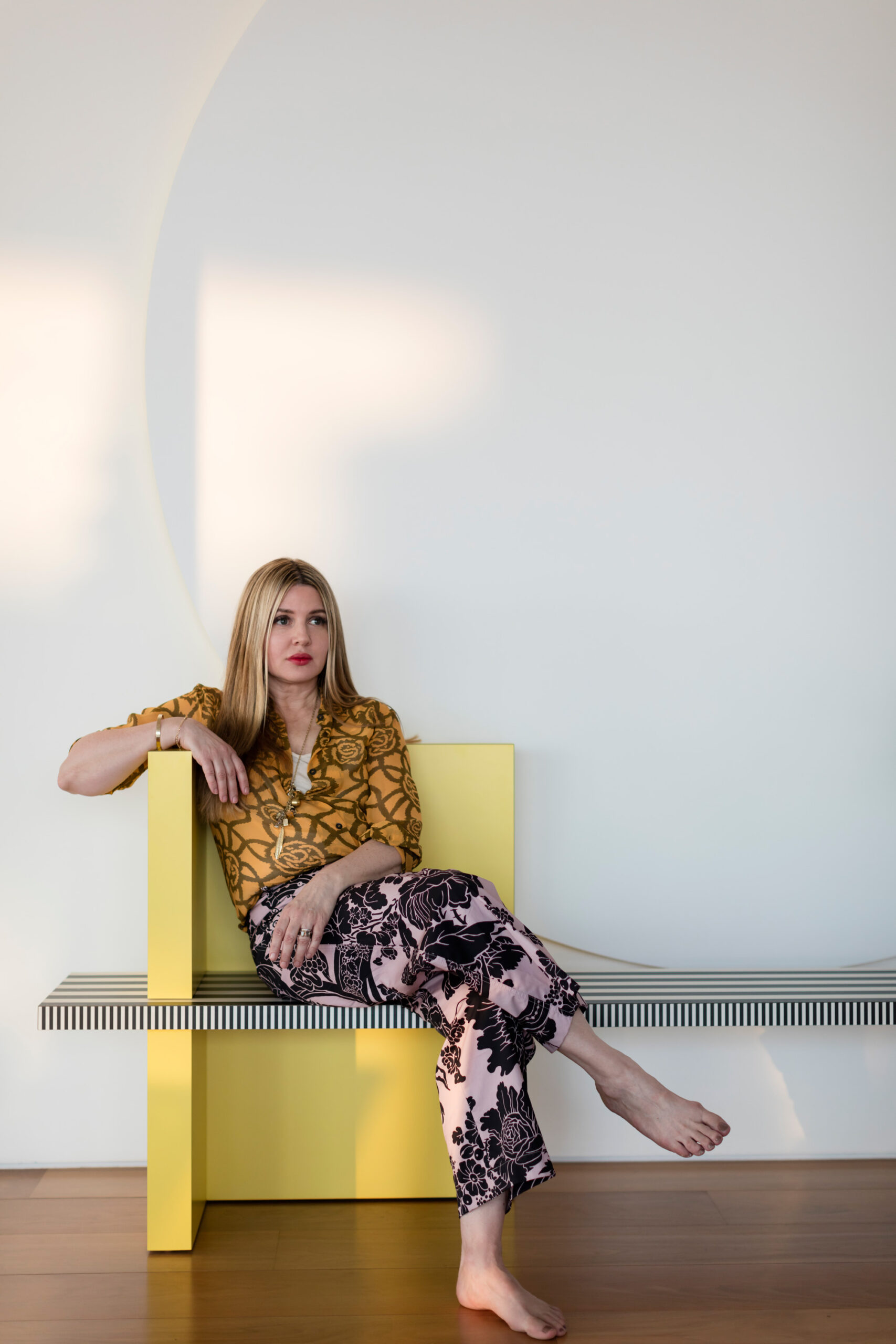 Kelly Behun has come a long way from Pittsburgh. But the midwestern-style values instilled in her by her hometown yielded the no-nonsense worldview she has today. It’s helped keep her grounded during her design career, which began at the Ian Schrager Company in the late 1990’s, working alongside the likes of Interior Design Hall of Famers Anda Andrei and Andrée Putman. Behun launched her namesake studio in New York in 2001, and has since built a portfolio of projects and furniture that is striking and urbane yet keeps an eye on functionality. She fills us in on how she does it.

ID: Did your degree from the University of Pennsylvania’s Wharton School of Business and work experience in other industries affect your design career? Arm you with knowledge you might not have otherwise had?

KB: Yes. It made me realize rather quickly I wasn’t cut out for finance. When you’re sitting in a classroom, led by a world-class professor, surrounded by some of the best young minds in the field, and yet you can’t stop thinking that the lighting is making everyone look old and the wall color is pulling too green, it’s probably a good indication you aren’t going to be an economist when you grow up. The upside was that it took me way outside my comfort zone in the best kind of way, and helped crystallize for me what I did want to do. Plus I’m still pretty good at reading a spreadsheet.

ID: Did you learn anything from doing your Barneys New York pop-up, A Kook Milieu, that you’ll carry over to future projects?

KB: I have newfound respect for the retail industry, it’s like mounting a Broadway show every day: You have to keep the hits coming and convince people to come to your show, not the one across the street. It was incredibly valuable as a designer to see firsthand what people responded to and why.

ID: What are you working on?

KB: Some wonderful homes for clients and a model apartment in a new iconic high-rise in Manhattan, as well as my next furniture and accessories line. I’m working with new mediums—bronze and blown glass—which is exciting.

ID: What’s a favorite room in a house to design and why?

KB: Kids bedrooms, because they takes me back to fond memories of re-doing my own bedroom when I was 13 and how empowering I found that to be.

KB: Wallpaper Projects for beautiful and unusual wallpapers. For my pop-up, I had them photograph painted textiles by artist Kim MacConnel and print them on their paper stock, which has a fine matte linen texture and the added bonus of being repositionable.

There’s also Monty Mattison, a brilliant ceramic artist who creates the most magical “living sculptures,” they’re unlike anything I’ve seen before. I found him deep down an Instagram rabbit hole, where you can’t quite remember how you got there but are glad you did. Despite him having an account, Monty proved extremely difficult to track down. It’s not easy to have an almost zero online footprint these days, and the fact that there was nothing out there about him at the time intrigued me all the more.

KB: Bic Cristal black pens mixed with the occasional Bic Cristal blue pen if I’m feeling like I need to be edgy and mix things up a bit.

KB: Post-its—all sizes, all colors. My desk is a layered collage of them. Lately my technique is to write one task per note and stick them on my computer or desk. When I’ve accomplished a task, I peel off the corresponding note and throw it away. It’s hugely satisfying on some primal level, so much better than merely crossing something off a list.

KB: Antoni Gaudí’s Casa Batlló in Barcelona for how radical it must have been then—and still is now. There’s the sense, when you step inside, that you’ve been transported into Gaudi’s head and you’re seeing the world through his eyes.

KB: Anything with mosaic tiles. . .and tassels—though not necessarily together.