In May, the Smithsonian’s

as the recipient of the 2014 National Design Award for architecture, recognizing the high level of innovation and public impact of its body of work—which has been pioneering in the fields of sustainable design and affordable housing. This is the latest of countless accolades for the California studio (formerly Pugh + Scarpa), including the 2010 AIA Firm Award and a Hall of Fame Lifetime Achievement Award from

in 2008. The husband-and-wife team of Lawrence Scarpa, FAIA and Angela Brooks, FAIA have pushed limits with experimental work, including Solar Umbrella, the high-performance house the couple has lived in for almost a decade, and most recently with new residential and transportation projects across the globe.


Here, Lawrence Scarpa talks about past and current work, and doing what he vowed he’d never do.

Sustainability is not a concept for design. It is a question of ethics that we believe should be incorporated into all building design as good practice—but it is not the design.

Interior Design: You and your firm embraced sustainable design early on, and have become leaders in the field. How has green building changed over the last decades? 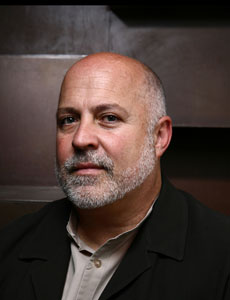 Lawrence Scarpa: When we did our Colorado Court project (LEED Gold, 2002), we were literally working with various agencies to establish and write sustainable standards at the same time we were designing and constructing the building. Colorado Court was the first ever LEED multi-family housing project in the U.S. At the time, there was not even a certification process for this building type. We certified it under the Commercial standard LEED 2.0 and while doing so helped the USGBC develop their certification standards for this building type. In addition, people knew very little about sustainable technology so we did a lot of teaching and training for building officials and other regulatory agencies. We also had to get some state legislation enacted in order to get our building built and legally meet certain codes that didn’t exist. Most of the pioneering work we did was a real mystery then but today it is pretty common knowledge and widely accepted throughout the industry.

ID: People know you design sustainable buildings—what don’t they know about your buildings?


LS: Most of our clients are mildly surprised to find out that we rarely talk about sustainability to them. They expect it to be a guiding principal to what we do, which it is. However, sustainability is not a concept for design. It is a question of ethics that we believe should be incorporated into all building design as good practice but it is not the design. For example, public buildings are ADA accessible but you never hear designers say, “Look how great my building is!  It is ADA accessible.” I would argue that a building that is an energy hog that everybody loves is more sustainable than a zero energy building that nobody likes. We have done buildings for clients who could care less about sustainability but we give it to them anyhow. They just don’t know they are getting it in their building. We are focused on design.  Sustainability is just a technique. Most people are surprised to hear that from us.

ID: Most of your projects have been built in Southern California. What are the advantages of being so firmly rooted in a specific place?


LS: We’ve worked in Southern California for a long time—over two decades. We know the climate and the craftspeople. That is definitely an advantage.

ID: Are there disadvantages?


LS: Most definitely. The general perception is that California architects are different or crazy and what we do is not applicable to the rest of the country. We are sometimes perceived as too adventurous and too much of a risk, which is so far from the truth. We are quite conservative when it comes to meeting budgets, schedules, and our client needs. We work really hard to change that perception and it has been hard to break through that glass ceiling. We are now getting buildings built around the world so that is changing, but is has taken a long time and a lot of hard work.

ID: Currently you’re working on projects in Florida, Arizona, North Carolina, Chicago, Seattle, and Utah, and you started working in China a couple of years ago. How different has that been?


LS: Very different. Our Chinese clients think California architects are too conservative. It is all about design and pushing the envelope. We never stop designing our projects even when they are in construction. It is as if the building is just a drawing at full scale.

ID: Your firm recently won a competition to design a light rail system in Seattle. What was it about this project that attracted you?


LS: When the RFP came out, it referenced a few of our projects as examples of design excellence and projects they liked. The local engineer-contractor team saw the pictures in the RFP and said, “Why don’t we just call Brooks + Scarpa; their work is represented in the RFP?” So they did. The project is also a design/build project, so we had to partner with a builder. We have completed quite a few design/build projects so it was a good fit. The new locale is intriguing, as it presents a new context for our design.

ID: What project type have you yet to work on but would love to?


LS: There are so many. We have done a lot of building types but many of them have been small. We would love to do more significant campus buildings, schools, and other public buildings. We have never done a library or a place of worship. I would really love to do a church or chapel.

ID: You’ve used some unusual objects as building components. What is your favorite material to work with?


LS: We’ve used brushes, ping pong balls, plastic cups—I see the object in abstract ways. I find beauty in an assembly that people love because it is familiar to them. When they get close enough to recognize a material with which they are familiar, it actually heightens their experience of the space. But there are so many materials that we like. We are doing a brick house in Chicago now, but I am really interested in wood.

ID: What is it like to work so closely with your spouse?


LS: I grew up in a family-style Italian restaurant in Florida. It is called Scarpa’s Italian Restaurant in Lakeland, Florida.  My brother runs it now but my father started it over 35 years ago. I watched my parents almost kill each other working together, so at an early age I vowed never to work with my spouse.


When I moved to California in 1988 I knew nobody and started a very small practice. Angie held a job with a large corporate firm. When I got busy, we didn’t hire new people. Angie worked with us at night after her day job. As my firm grew, Angie worked more and more with us. More than a decade later we asked ourselves, “Now why aren’t we working together?” We didn’t have an answer. So Angie joined my firm in 1999. It happened so naturally and we work very closely now. She sits next to me and we share a desk. Our work is such an integral part of our lives it just flows smoothly between home and the office. It is hard to tell the difference.

ID: The design of your home was inspired by a house by Paul Rudolph, for whom you worked. What architects from the past have been the most influential for you?


LS: There’s an architect that I worked for in Florida named Gene Leedy who was part of the Sarasota school. He’s really a phenomenal architect that not a lot of people know about. I also look a lot at artists, too. I try to work like a sculptor, with that same amount of freedom, and let a project become what it’s going to be as I’m making it.