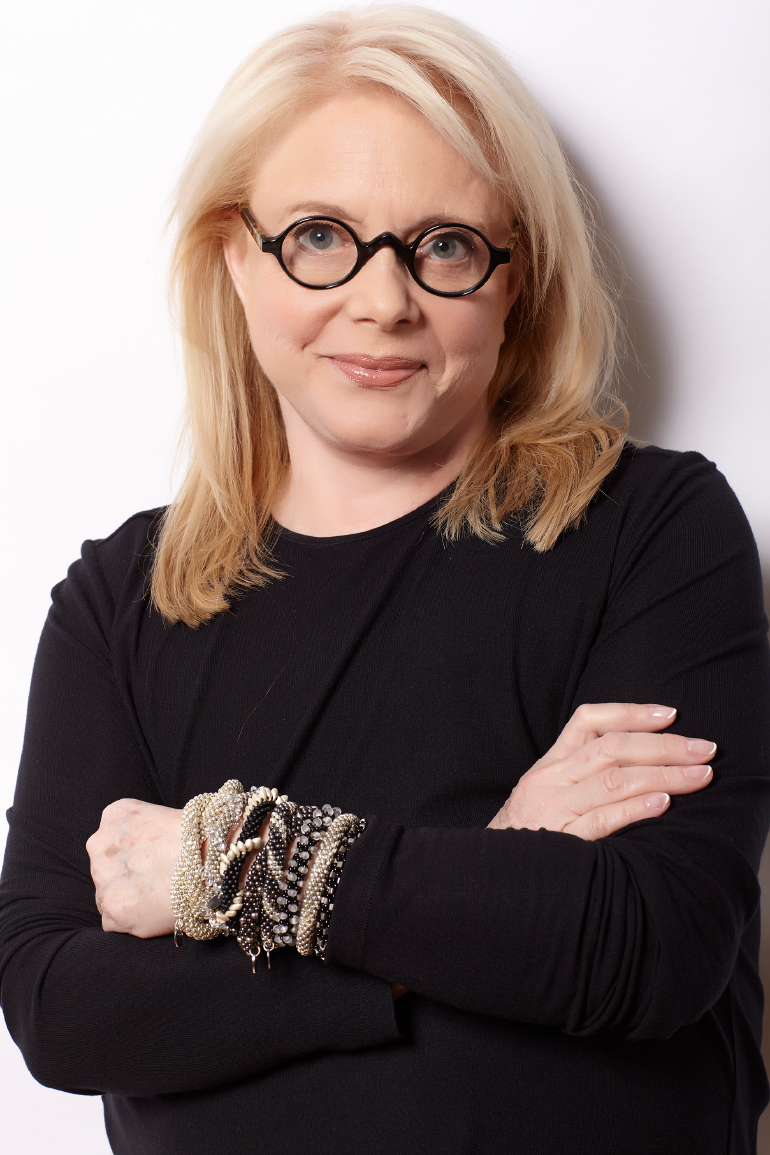 Mary Fisher made history when she delivered one of the greatest American speeches of the 20th century, A Whisper of AIDS, at the 1992 Republican National Convention in Houston. Joining the ranks of Martin Luther King Jr.’s I Have a Dream and Franklin Delano Roosevelt’s The Four Freedoms, Fisher’s emotional testimony revealed her recent HIV-positive diagnosis and urged the public to treat the then-burgeoning AIDS crisis with knowledge and compassion. She has since become an outspoken activist, founding both the Family AIDS Network and Clinical AIDS Research and Education Fund while authoring six books.

But Fisher’s true passion has always been creativity—and its power to inspire, heal, and bring people together. Although most renowned for fiber art and textiles, her talents encompass photography, sculpture, and prints, among other media. A recent fabric collection for Lee Jofa’s Groundworks line helps raise funds for the Design Industry Foundation Fighting AIDS (DIFFA), and an upcoming exhibit, “Textile Meditations: Mary & Friends,” showcases her work alongside four fellow fiber artists. Held at the Armory Art Center in West Palm Beach, Florida, until February 10, the exhibit will include a never-before-seen body of work titled Words to Silence. Below, Fisher shares her earliest experiments with textiles, how her art and activism intersect, and how her landmark speech holds up today.

Interior Design Where did you grow up, and how did it influence your work?

Mary Fisher: Mostly in the Detroit area. My father admired art, and my mother had a keen sense of style and design. I attended Kingswood, one of the Cranbrook schools, and in my early teens I found myself working on a loom. That loom became a safe place for me in a turbulent world. My studio is that safe place now, a half-century later, where I go to get beyond today’s chaos.

ID: What were some of your earliest experiments with textiles and how do they compare to your work today?

MF: I made things for friends and for my mother. A few years later, I started a business selling artisan-produced textiles and some of my own designs. But what was most important about the loom is that it provided a place where I could be alone and where I could lose myself in the act of creativity. I hadn’t known that was possible before. At that loom decades ago, and in my studio today, I’m allowed the sacred privilege of creating.

ID: You recruited four friends—Jan Beaney, Jean Littlejohn, Jane Dunnewold, and Marsha Christo—to exhibit works for “Textile Meditations,” alongside your own. Tell me more about the show.

MF: It has been such fun! “Textile Meditations: Mary & Friends” is an exhibit of some of my recent work and pieces done by some of the finest textile artists in the world, women who are icons in this field, who lecture and publish and are extraordinarily gifted.

It is amazing in many ways. We each brought the pieces we wanted to show. We made sure this would be an exhibit that is open and available to the public, and to people of all ages and conditions, hosted in a public space. We added artist-led workshops so people will have the opportunity to meet us in smaller, more intimate settings. And I imagine after-hours, when no one is looking, we will all hang out together like a bunch of sisters: laughing, eating, creating, crying, carrying on.

ID: How do you use color, shape, size, and texture to evoke spirituality in your textiles?

MF: I sense that a textile piece is finished when it speaks to my soul. When I’m in the process of cutting and stitching and embroidering and even burning or singeing, I know my soul has taken over and is speaking. But I may not know what it’s saying until the piece is nearing completion. In a way, it’s like not quite knowing what you’re feeling until a friend describes it and you say, “Hey, me too.” When I’ve finished a piece, I feel satisfied and grateful.

MF: I finished a collection entitled Words to Silence. Over the years, I’ve often incorporated words in my art. I’d lift a phrase from a speech I’d given, or take a few words from an event that had impacted me, and I’d bring those words into my art. Some folks regarded it as a signature part of my style, but recently, I’ve dropped the words and let the artwork communicate on its own. It’s been an interesting shift for me.

I’ve also been engaging more deeply and consciously in connections between the practice of spirituality and the making of art. This isn’t entirely new to me; I’ve been exploring spirituality through art for decades. But what I’ve been doing more recently, also in the context of a newly formed spiritual community, is more structured practice and more disciplined thought. I’m enjoying it a lot.

ID: A Whisper of AIDS shined a much-needed spotlight on the AIDS epidemic. Aside from being immortalized as one the greatest American speeches, how do you think it holds up today?

MF: Unfortunately, it holds up very well. Some of what we said in 1992 may be even more important to be heard in 2018. Ignorance, stigma, prejudice, brutality—all are the tools of tyrants and despots. So long as the tyrants reshape lies into truth, and justice into self-service, the content of that speech will be relevant.

ID: How does your activist work inspire you on a daily basis?

MF: Some advocates find a cause and champion it. That wasn’t my experience. I was married, divorced, and discovered I was HIV-positive. I didn’t become an AIDS activist—or, later, a cancer activist—because I adopted the cause. I was adopted by my own experiences: I had AIDS, so I spoke out. I had cancer, so I talked about it. My activism is, in some ways, a report and my experience of my own history. So is my art. They travel together.

ID: What are some ways your activism and creativity interact?

MF: Both are rooted in my experience. Whether a message delivered to a university’s graduating class or a new piece of art, what I have to offer rises from within, from a place I do not fully understand. And both my activism and my art eventually lead me to interact with the public. In fact, the terror of being public may be the most intimate reality both of being an artist and being an activist. What we do is in front of the curtain, not behind it. That’s always, no matter how long you work in public, scary.

MF: My sketchbook. I live with my sketchbooks and save them when they’re full. They contain everything from a new friend’s telephone number to dates and commitments to doodles and sketches and thoughts. My sketchbook is as close as I can get to keeping a store of my memories and ideas.

ID: Best thing about your job?

MF: It isn’t a job. It’s a joy, a pleasure, a privilege to be alive, and a pure delight to be able to create.