Flying somewhat under the radar, the work of architect Randy Chan, principal of Singapore-based

, spans architecture, design, and interpretive art. Chan designs residential and commercial properties in his native Singapore and creates art installations that have been displayed at museums and galleries worldwide. One of his most recent projects was curating

, a multi-week international showcase that makes stops in Beijing, London, and New York before returning to Singapore for the final celebration in November. Building on its significance, the event coincides with the

and Singapore’s 50th anniversary of independence.


Here, Chan discusses the importance of collaboration, why being an architect is always a work in progress, and how architecture in Singapore stands out from the rest of the world. 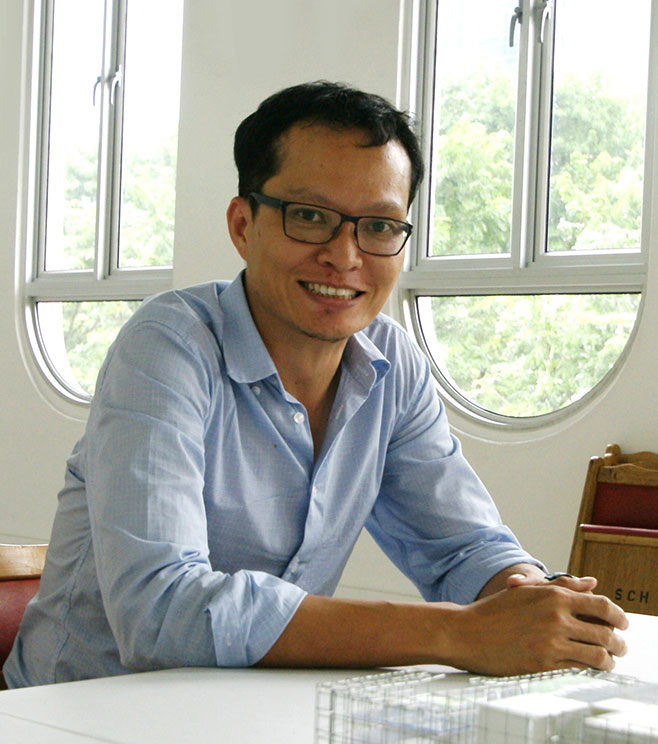 Interior Design: What made you realize that you wanted to become an architect?


Randy Chan: Even though becoming an architect could be seen as somewhat of a serendipitous thing, I think what drew me to the craft was that it dealt primarily with space, which I have always felt created a sort of magic in the way it interacts with people and, subsequently, how people interact with space.

What sets your architecture firm Zarch Collaboratives apart from other firms?

RC: As the name would suggest, there is a very key element of collaboration. While we’re primarily an architecture firm, we also work on a diverse range of interdisciplinary and artistic projects alongside our main architectural practice.


What’s one thing about Singapore’s architecture and design scene that people may not realize?


RC: Singapore’s scene is exciting in the way that it’s very current and diverse. We are located in the heart of Southeast Asia, and we get a myriad range of influences from the region around us, and the wider world as well.

You served as the creative director for the recent Singapore: Inside Out festival in NYC, which celebrated Singapore’s Golden Jubilee. Can you tell me what it was like being the creative force behind such an important event.

RC: The key thing about Singapore: Inside Out is that it isn’t the product of one person, but it had the buy-in from the artists involved and the creative community at large, and having these people behind me made it all a very humbling experience.


What was your favorite aspect of the event?


RC: Having been to three cities so far (we’re back in Singapore for our homecoming show at the end of November), the most interesting and exciting part was actually settling into the various cities, seeing the myriad responses of three very different audiences in three very different cities, and collaborating with the local creatives in each city.


What would you say has been your greatest achievement thus far as an architect?


RC: I wouldn’t say there’s a “greatest achievement,” but that the making of an architect is very much a work in progress all the time. What I’m grateful for is the support of the community and friends, which allows me to work with creatives within and outside of the discipline and Singapore.


In addition to designing buildings, you also create art installations. Would you say that you approach these projects similarly or differently and why?


RC: Of course architectural projects have a more structured and methodological approach to them with timelines, budgets, and regulations, but in general I tend to approach all of my projects in a similar fashion: Each project must have a compelling narrative and a story to tell.


What inspires you today versus when you were starting out in your career?


RC: I’ve always been inspired by the city, walking about in it, listening to its sights and sounds, and interacting with its denizens. I think the only difference over the years is that all these experiences of the cities—personal or vicarious—cumulate to form a richer tapestry with more references and more narratives.


You’ve said in the past that collaboration plays an important role in your work. Why?

RC: Design always starts out as an exercise in the way we look at things, and collaboration allows for the expansion of the way you think. Collaborating across disciplines allows you to question each other by pushing your boundaries and not accepting what you view as the status quo.


What’s one future project that you’re working on that has you particularly excited?


RC: Right now the company is working on

, Asias’s first children’s garden to be located on a UNESCO World Heritage Site. This is particularly exciting as we’re exploring learning through play and reconnecting with nature, and the project has challenged us to relook at the everyday through the eyes of a child.