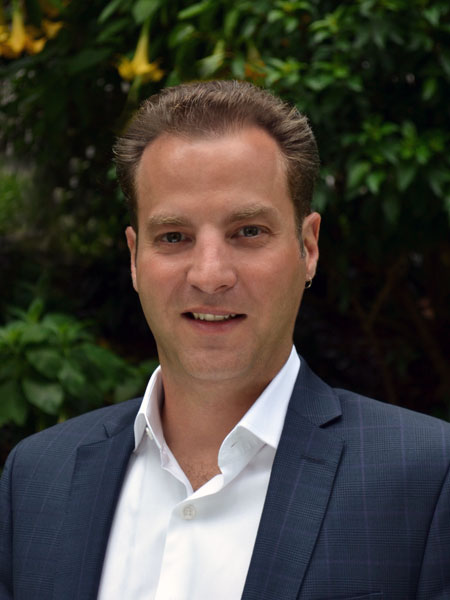 As a principal at

in San Francisco, Sascha Wagner counts Pixar, Google, Dolby, Autodesk, Moody’s Analytics, and San Francisco State University among his clients. Wagner’s involvement with several adaptive reuse and building renovation projects illustrates his holistic approach to design, from the interior outward to the building envelope, site, and community, and back again to the human scale. Here, he talks about his most inventive projects and his guilty design pleasure.


Interior Design: What are you working on at the moment?

Sascha Wagner: ?We are in construction on a new campus for Ex’pression College for the Digital Arts in San Jose and just wrapping up a sizeable project for Google in Mountain View.  I’m also involved in renovating a small theater for Dolby in New York. I like the challenge of technically complex projects.


ID: How has the business changed since you started?

SW: Project delivery has become increasingly accelerated in response to the pace of business. As a result, the amount of time allowed for critical thinking, analysis, and exploration in the design process has been compressed.  It’s hard to “fast-track” creative development and there are few shortcuts to well thought-out solutions. We have to battle the commoditization of design by continuing to demonstrate its value and impact on business.


ID: What does “sustainable” mean to you?

SW: Asking the hard questions, including whether a project should even be constructed in the first place.  At Huntsman we focus on existing buildings because, as a society, we need to shift from a culture of ‘always new’ towards a culture of re-imagination and reuse.


ID: Speaking of adaptive reuse, from start to finish, which project is the most different from what you started with?

SW: A warehouse we renovated for Pixar was once a tannery, then more recently used as a bakery.  It had been modified inside and out without much care for decades and was a complete mess. Transforming it from its industrial past, while being true to its bones, was challenging. The occupants just love the space and were amazed to see how far it’s come.

SW: A recent project for the tech startup Weebly is in a Barbary Coast Building that had funky prohibition area tunnels for hiding liquor. The tunnels entries were closed up with brick, but we embraced the theme and created a small meeting room in front of them, complete with a secret bookshelf latch that releases a hidden door into the room.  The space was finished with flocked wallpaper and filament bulb light fixtures as well as a card table for “meetings”.  It’s like stepping back in time.


ID: Is there any particular moment that stands out in your career? Why?

SW: ?The first time a major client specifically requested me for their project was kind of a landmark moment. Realizing I had built a positive reputation in the industry just by doing solid work made me feel like I was on the right track. They are still my clients twelve years later.


ID: What advice would you give a young architects just starting out?

SW: I’m sure every generation says this, but younger folks starting out right now seem pretty ambitious and impatient to move ahead.  There is tremendous value in methodically learning the basics of the design process, building codes, and construction details, regardless of the project type you may work on.  It’s not about just “putting in your time”; it’s about building a foundation of tools and knowledge you will utilize for your whole career.


ID: What is your favorite element of a project?

SW: Construction. I love being on site and interacting with the trade professionals. I have a great amount of respect for craftspeople that have passion for their work.  Seeing your design intent realized and in return understanding how things are built leads to a real connection with those who are bringing a project to life.

SW: I’ve done some corporate food service facilities, but would really like to design a restaurant: every thing down to the silverware and menus. Of course, it would have a fabulous bar with good bourbon.


ID: Do you have a guilty design pleasure?

SW: I watch too many home design shows on TV.  This frequently inspires yet another remodel project at our house. My wife is a very tolerant person.