10 Questions With… Stephen Conte of StudiosC

New York is one of the few American cities where centuries-old buildings stand shoulder to shoulder with mixed-use new construction. Which makes it the perfect city for an architect like the New York-native Stephen Conte, whose firm

puts his passion for adaptive re-use into practice. Projects like the blockbuster

, which transformed a derelict 23,000-square-foot warehouse into an after-dark bonanza of food courts, fashion stalls, and rock shows, proved the city was ready for this kind of old-meets-new destination, eventually attracting not only throngs of hipsters but the gentrifiers who follow them. (The venue recently lost its lease; BMW is the new tenant.) Undaunted, Conte and his studio, including fellow principal Carolina Escobar, have completed more than a dozen other projects, including the interior renovation of

, and both ground-up and adaptive residential buildings in Manhattan, Brooklyn, and most recently, Colombia. Here, Conte tells us about the past, present, and future of his firm. 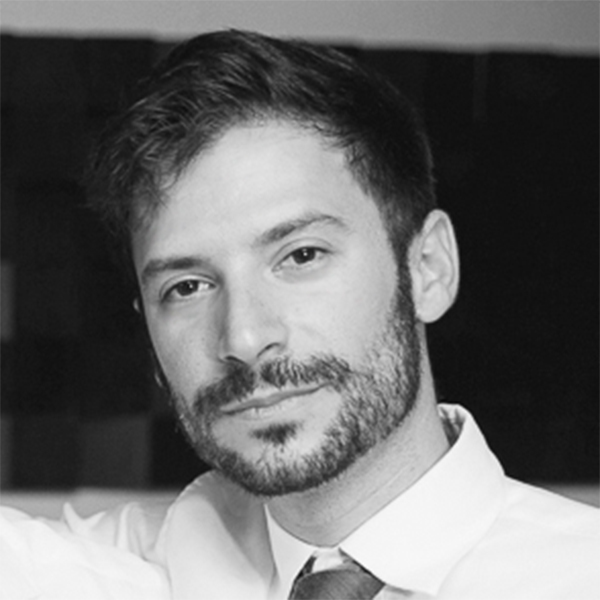 Interior Design: What is your earliest memory of design—the first time you really noticed it?


Stephen Conte: As far back as I can remember, really. I was always drawing or building something. Cardboard was my favorite material to use as a kid, creating small models of anything from a spaceship to wearable backpacks. Later on in middle school and high school, that translated to more advanced and technical creations and a teacher in high school really sparked my interest in architecture.

ID: So much of your work utilizes existing materials. How do you choose what to use and what to discard?


SC: For the most part it is pretty apparent which materials will be kept. You see a certain piece and get an instant reaction of how it could be utilized; the sense of the visual strength of the object(s). After some planning and thought, ideas on how to incorporate those into the design in a meaningful way start to show themselves. There really has to be a sense of integrity in re-using something, creating a visual, functional and historical dialogue within the space. You can’t just put something out there for pure decorative purposes, it doesn’t do the material or the space justice.

ID: It’s been just under two years since Brooklyn Desks was completed. Has anything surprised you about how the spaces are used?


SC: No major surprises for us, however we think the client was pleasantly surprised about how powerful of an impact design could have. It took some convincing to create a very a-typical design, but the end result was appreciated and, we think, added more value to the space.

ID: StudiosC recently moved into its own offices. What do they look like? How do you decide on the design of them?


SC: It’s a slow progress as our new office is under a bit of furniture building. Cut plywood panels are still leaning against the conference room walls waiting for us to build some low shelves, while a kitchenette bartop is waiting for a marble slab to be delivered for the top. Some clients actually like the “under construction” aesthetic. The interior of the old warehouse of our offices have great existing characteristics, which really make designing the office easier. Existing timber beams, exposed brick and old wood floors set the tone for us.

ID: Most of your work is in Brooklyn. How did the residential project in Colombia come about?


SC: STUDIOSC has some deep roots in Colombia. Carolina is a native from Medellin, Colombia, and my wife, Erika, is from Medellin, as well. We have a few more projects coming out from there and some potential projects lined up—it’s an amazing city.

ID: How did you translate your interest in sustainability to the projects in Colombia?


SC: The rotation and localization of the house played a very important role. On project, located in El Retiro, where is a little colder than the city, was placed in a way that the house can get a lot of sun, so it can keep warm during the night without the need of a heater.

ID: Brooklyn Night Bazaar was such a distinctive space. What kind of design challenges and opportunities arose from such a multi-use project?


SC: The planning and coordinating of everyone involved was really the hardest part, the owners had a really great vision about what they wanted to create. As many people are aware of, the Bazaar’s lease on the space in Greenpoint was not renewed, so while we are saddened that they have to move, we look forward to the next challenge of wherever they end up next.

ID: Is there a space—or a kind of space—in NYC that you’d love to tackle for a project?


SC: Working on adaptive re-use projects are some of our favorite, because the added challenge of how to address an existing historical context comes into play with new standards and programming within the old space. We’ve been fortunate to work on several amazing projects in this city and I think a particular project we would love to take on would be something that incorporates a mix of public space retail and community all in one. We think there is a lot of room for re-thinking how retail and public space can be combined to create a less static commercial experience.

ID: Regarding ground-up projects, what kinds of changes would you like to see in terms of what is commercially possible?


SC: For new buildings, our philosophy is a bit more open with regards to design. We understand the value of square footage in NYC, however, we would like to see an increase in the overall quality of life and experience. Natural light and outdoor space should be maximized when available to do so. Cutting an interior atrium to allow light and air to penetrate inside of a building where we can is transformative to that building.

ID: What’s next for StudiosC?


SC: We have some really great projects we are working on. One in particular touches upon what we discussed about retail and public space, combined with art studios. Some other great brownstone renovations are finishing up as well as some small and large new buildings. In all of this, we continue to really try and keep the quality and thoughtfulness of each project at a high level. Each project will (hopefully) stay around for a long time so the impact designers can have on a city is lasting, and we think it should always strive to be a positive one.