10 Must-Know Facts About the Incandescent Phaseout 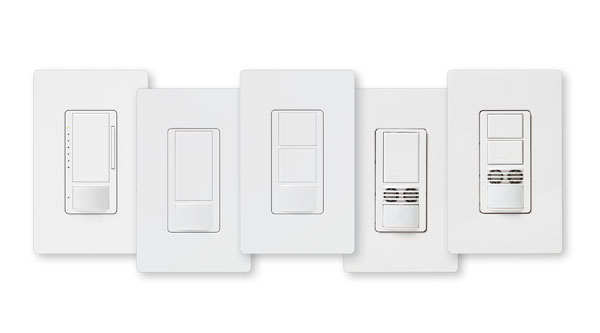 recently commissioned a survey from

, testing the waters for the gradual phaseout of incandescent bulbs, which reached its final stage this month, ending U.S. production of standard 40 and 60 watt bulbs. Of the 1,000 Americans polled, only one in 10 expressed familiarity with their lighting alternatives. The phaseout is a result of the Energy Independence and Security Act, which demands manufacturers improve efficiency in all bulbs they produce. Lutron’s study indicates that 40- and 60-watt bulbs still comprise more than half of all bulbs sold for domestic use. Amid stories of designers stock piling incandescent bulbs to prep for the phaseout are implications that incandescents are being banned (they aren’t, they’re just held to higher energy standards), that CFL alternatives still cast a sickly glow, and that LEDs are prohibitively expensive. Many designers have expressed the concern that energy efficient bulbs don’t work well on a dimmer, and that many standard dimmers were designed for incandescents. Confused? Here are 10 things you need to know about the phaseout:


1. 75 and 100 watt bulbs were phased out in 2012 and 2013, so light bulb manufacturers have long been in the process of developing new lighting alternatives to fill the gap.


2. CFL and LED bulbs have come a long way from their earlier incarnations and are capable of mimicking their incandescent predecessors in both warmth and brightness.


4. Philips has recently released several new bulbs heralded to replace the incandescent. The 12-watt EnduraLED and the AmbientLED both work on a dimmer, produce a soft glow similar to incandescent light, consume 20 percent of the energy of an incandescent bulb and can last up to 25 times longer.


5. Philips’ new SlimStyle LED is another heralded replacement for the standard 60-watt bulb. This unique design is shaped a bit like a lollipop and fits within a price point most consumers can appreciate—under $10.


6. Focusing on redesigning the CFL, British design studio Plumen has released a bulb which uses 75 percent less energy than a standard incandescent bulb and, with its unique sculptural design, is now featured in the permanent collections at both MoMA and the Cooper-Hewitt National Design Museum.


7. Designer Jason Byron Teague, principal at Jason Byron Teague, shares insight into which bulbs are best for replacing incandescents: “For softer color lighting where the lamp itself is directly or easily visible, I would recommend a 2700K LED, which is about as bright as a 60-watt incandescent. It is ideal for shaded table lamps, floor lamps, typical frosted glass or shaded pendants and ceiling mounted fixtures.


8. Teague: “With any CFL or LED lamp, check the packaging to make certain it is dimmable. Line voltage halogen lamps will be compatible with any Lutron dimmer. Lutron CL dimmers are ideal for CFL or LED lamps.”


9. Product designers are developing innovative new light sources which incorporate energy efficient alternatives. Increasingly, design shows are revealing an array of LED and CFL embracing lamps and fixtures, and as the 40 and 60 watt light sources become harder to find, more are on the way.


10. New possibilites: Herman Miller’s Leaf lamp allows users not only to dim the light, but to set the mood with either a warm or a cool cast light; an effect which couldn’t have been achieved with an old fashioned incandescent light bulb.