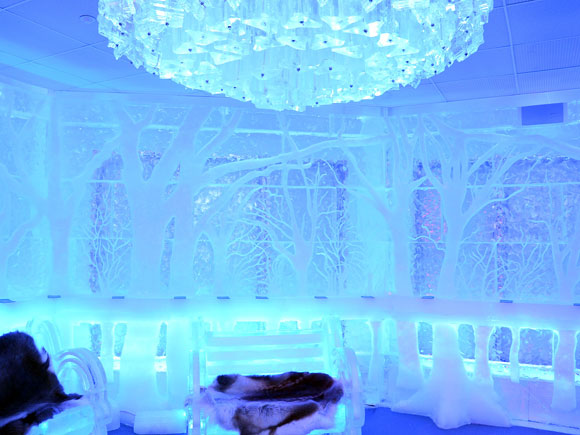 arrived on the scene to offer an extreme version of relief. The chain’s first New York outpost provides a 23 degrees Fahrenheit (or minus 5 Celsius) wonderland of sculpted ice chandeliers, walls, and even cups, on the ground floor of the

With two previous locations in the Las Vegas

, the bar features color-changing LEDs and remixed pop songs streaming through speakers embedded in the ice. For the new outpost,

drew inspiration from New York landmarks such as Central Park, Brooklyn Bridge, and the Statue of Liberty. He plans on changing the design and adding new features every three months, saying, “New Yorkers are very finicky—you have to keep everything new and fresh.” 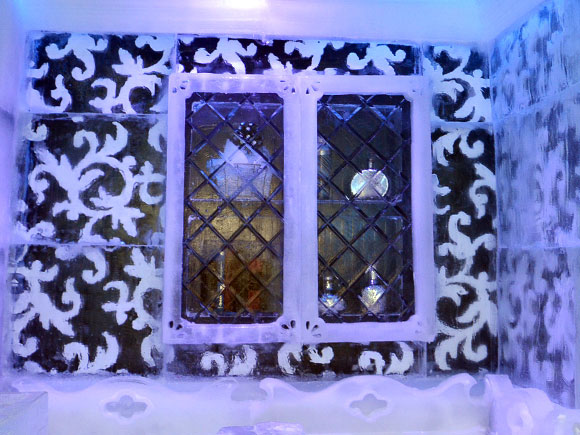 It took 180,000 pounds of ice and two weeks of carving to complete the structure. Slavin and his team of seven donned heavy parkas and snow gear to work in the refrigerated room. “As people peered in on us working, they were confused to see men dressed in full tundra garb when it was sweltering outside,” he jokes. Now that it is completed, melting New Yorkers and tourists can cool off in the space after paying the admission fee of $20, with mostly vodka-based cocktails priced at $15 each.


Noel Bowman, director of operations for Minus 5, boasts, “It’s truly the coolest bar in New York.” For now. 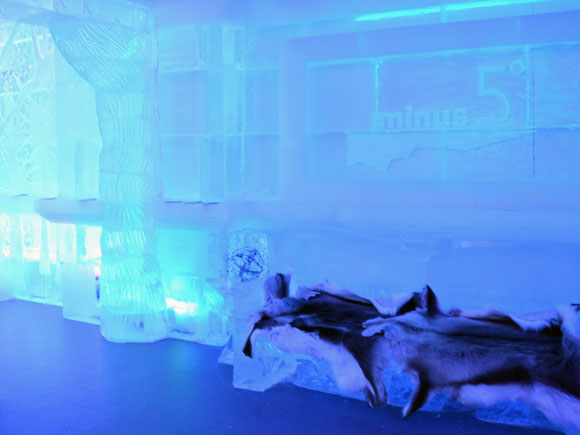 Signage is carved into the ice near pillars inspired by the Brooklyn Bridge. 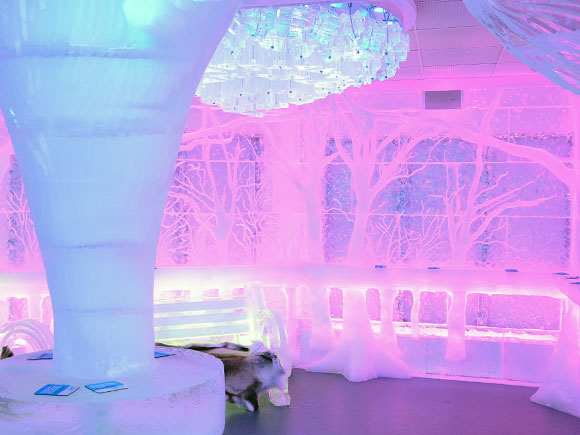