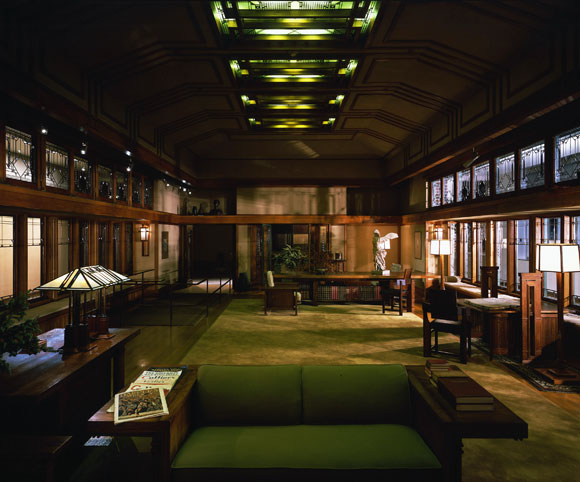 Unlike Europe where cultural movements were up for grabs by the 1910s, America’s influences grew from a myriad set of external circumstances and its own preoccupation with nationalism, resulting in an American style with a regional flavor. England’s anti-industrial Arts and Crafts mood and shift away from ornamentation spread to the US where the American Craftsman style of architecture and design represented three stylistic variations.

The Prairie School of Frank Lloyd Wright whose “Living Room From the Little House,” is considered a masterpiece of unity and spatial continuity. The space features FLW’s trademark horizontal levels surrounded by glass, geometric window grilles with stylized plant motifs, and groupings of built-in furniture on the peripheral forming a seamless transition between the interior and exterior. 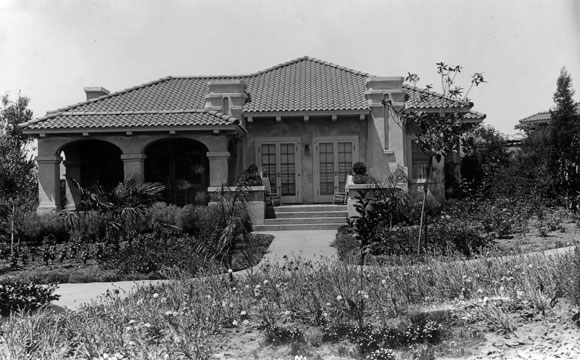 The Mission Style was proselytized by Gustave Stickley who produced severe straight backed chairs and flat panel oak furniture specifically made for the California Bungalows (1907-1925) and which remain top sellers.