72 firms report increased earnings—only 21 could say the same for 2009. Corporate offices remain the biggest generator, at 36 percent of fees, and hospitality, number two, rose slightly, to 18 percent. Coming in third, at 14 percent, health care/assisted living actually fell a bit. Residential and retail both saw significant gains for a combined 10 percent. For 2014, the Giants predict that the hot zones will be education, retail, and hospitality.


See the infographic for design fees in each market segment (office, hospitality, etc) 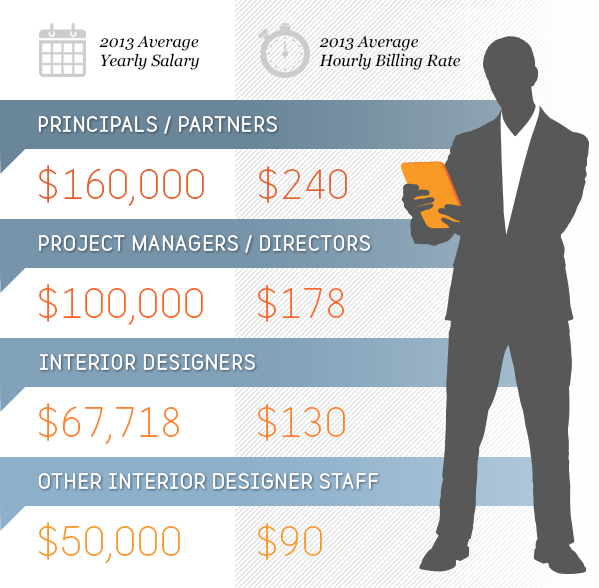 
Increasing head count is a major issue, according to 78 percent—only 70 said the same last time. Responses to other staffing queries are trending in the same direction. Retaining staff is a concern for 36 percent, up from 29, and 39 percent say staff training is crucial, up from 33. When business is robust, it’s only natural that firms worry more about getting the work done than they do about getting the work. The percentage of firms anxious about finding new clients went down from 52 to 44. In fact, nearly three out of four firms gave “earning appropriate fees” greater importance than “fear about the economy.”