On the globalization front, growth seems to have stabilized. Giants report 24 percent of all work taking place overseas, a number that has held steady for three years. The U.S. generated 90 percent of business for 50 firms, and 84 firms see potential especially in the Northeast, South, and West. Only 19 firms say that 50 percent or more work comes from international sources. 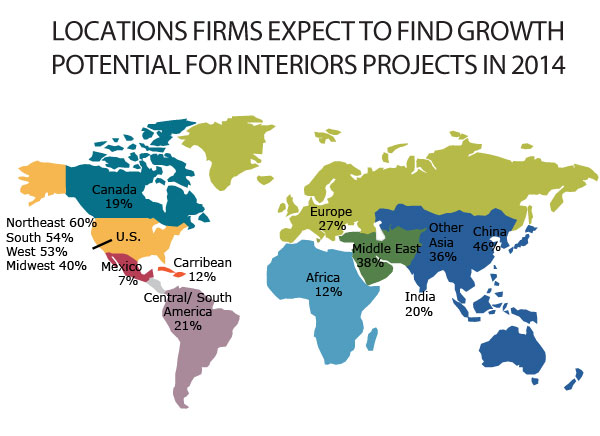 When Giants do go global, however, a long-haul flight is usually involved. Up from 46 percent, 58 worked in the Middle East, and 46 percent, up from 37, worked in Central and South America. Asia attracted 82 percent. As far as predicted growth, China is still champ—46 percent say so. But 28 percent see the United Arab Emirates heating up, and 65 percent more firms think the Middle East in general will see more growth. Europe could also improve, 27 percent predict.