It is undoubtedly a great time to be a designer. The advent of the internet and social media has put more control than ever before into the hands of the designer with online stores and social media platforms allowing small studios to reach a much wider audience, much more quickly than they have in the past. As a result many of this year’s success stories are barely two years old. Each championing quality and bringing something new to their field, we highlight five of the most exciting young design talents to make their mark in 2014. 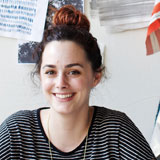 Brooklyn-based textile designer Rebecca Atwood launched her eponymous line of textiles in early 2013, after spending six years in the industry developing products for retailers in the U.S. and U.K. and working with suppliers in India and Europe. Seeing a gap in the market for her own U.S.-made designs, Cape Cod-raised Atwood produces hand-dyed and hand-painted textiles which she crafts into pillows, pouches and purses. Not only a talented designer, Atwood has also proved herself to have great business acumen, propelling her business from a small start-up to a brand that sells to over 30 stores across the states in just over a year. Look out for new designs debuting in January. 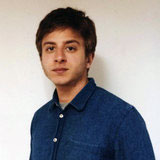 Working out of a studio in Nassau County, New York, Ryden Rizzo is the founder of Allied Maker, a young studio that creates beautifully handcrafted, contemporary lighting. Since launching in 2012, Rizzo has developed a distinctive aesthetic creating minimalist geometric, metal, wood and glass lights that echo the domed forms of the 1960s—but with a new refined simplicity. The studio has evolved from a basic garage workshop into a five-man operation that sells its wares across the globe. Social media has also played a role in the studio’s success, with Rizzo expertly harnessing Instagram to reach his audience. “It has given me the ability to receive instant feedback from a community of people who share my passion for design and craftsmanship,” he says. “I’m able to keep up with designers I admire, as well as watch new business grow and mature into themselves.” This year Rizzo began showing his collection at New York design gallery Colony, moved into a 2600 square-foot loft warehouse and hired two new members of staff, subsequently cutting his lead times in half. Not bad for a year’s work. 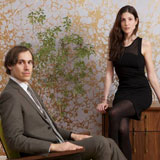 Set up by husband-and-wife duo Rachel Mosler and Nick Cope at the end of 2012, Red Hook-based Calico Wallpaper had a stellar year in 2014. The studio, which produces wallpaper more akin to large-scale artworks, created their first swirling metallic collections—Wabi, Lunaris, and Night—by adopting marbling techniques originating in Japan and Turkey. This year the duo made a splash with the introduction of the Aurora line. Inspired by ombre skies, the 16 designs were created by dying organic linen with ultramarine and indigo dyes. Showcased at the Architectural Digest Home Design Show and later at ICFF, you may also recognize Calico Wallpaper’s distinctive designs from the cover of our very own 2014 Fall Market Tabloid. 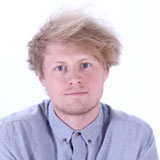 Since graduating from England’s University of Lincoln in 2009, furniture maker and hazel wood-obsessed Sebastian Cox has emerged as a strong new voice in British design. A champion of traditional crafts and coppicing—a sustainable wood harvesting technique that has been used in British forests for thousands of years—Cox is passionate about woodland management and investing in the future of the forests. His furniture is made at his workshop and showroom by Thames Barrier in Woolwich using wood harvested from his family farm in Ashford, Kent. This year saw the young designer produce a staggering amount of work including a new collection of furniture with British company Benchmark, a collection for British store The New Craftsmen, a collaboration with wood swilling expert Lorna Singleton, a specially-commissioned workspace for Terence Conran, as well as the presentation of his own new collection of coppiced hazel furniture at the London Design Festival. 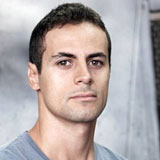 An instinct for good design runs in Brazilian designer Zanini de Zanine’s blood. The son of celebrated Brazilian architect and designer José Zanine Caldas, Zanini grew up in the workshop and surrounded by creative thinkers. Now a star in his own right—he opened his own studio in 2011 and has been named

Designer of the Year for the inaugural U.S. show May 12-14, 2015—Zanine works with reclaimed materials to produce work that displays a maturity well beyond his years. Working with many of the same craftsmen that have also worked with his father, his pieces for companies such as Poltrona Frau and Cappellini celebrate his Brazilian heritage. “One aspect of my work is the subversive reuse of objects and materials” says Zanine. “Brazil’s large indigent population has learned to improvise and recycle in fantastic ways, and I try to portray their efforts with integrity.”