Now that the new school year is underway, we thought it time to revisit masterfully designed learning spaces for kids from the Interior Design archives. Feeling inspired? Check out our educational spaces board on Pinterest. 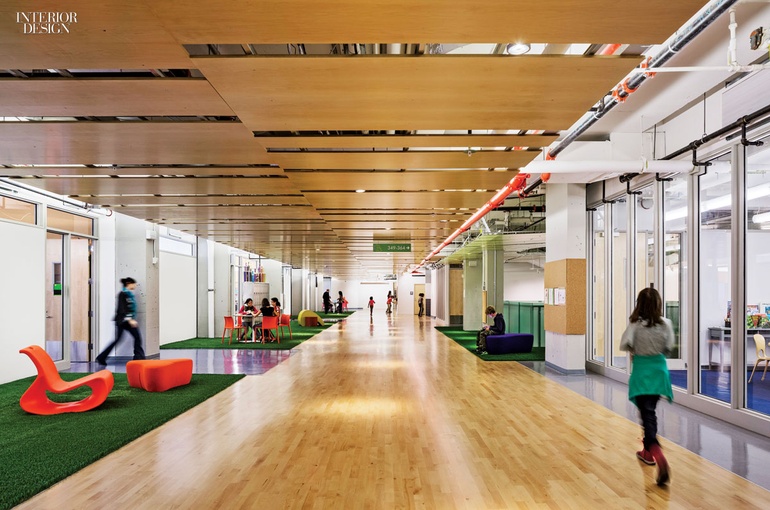 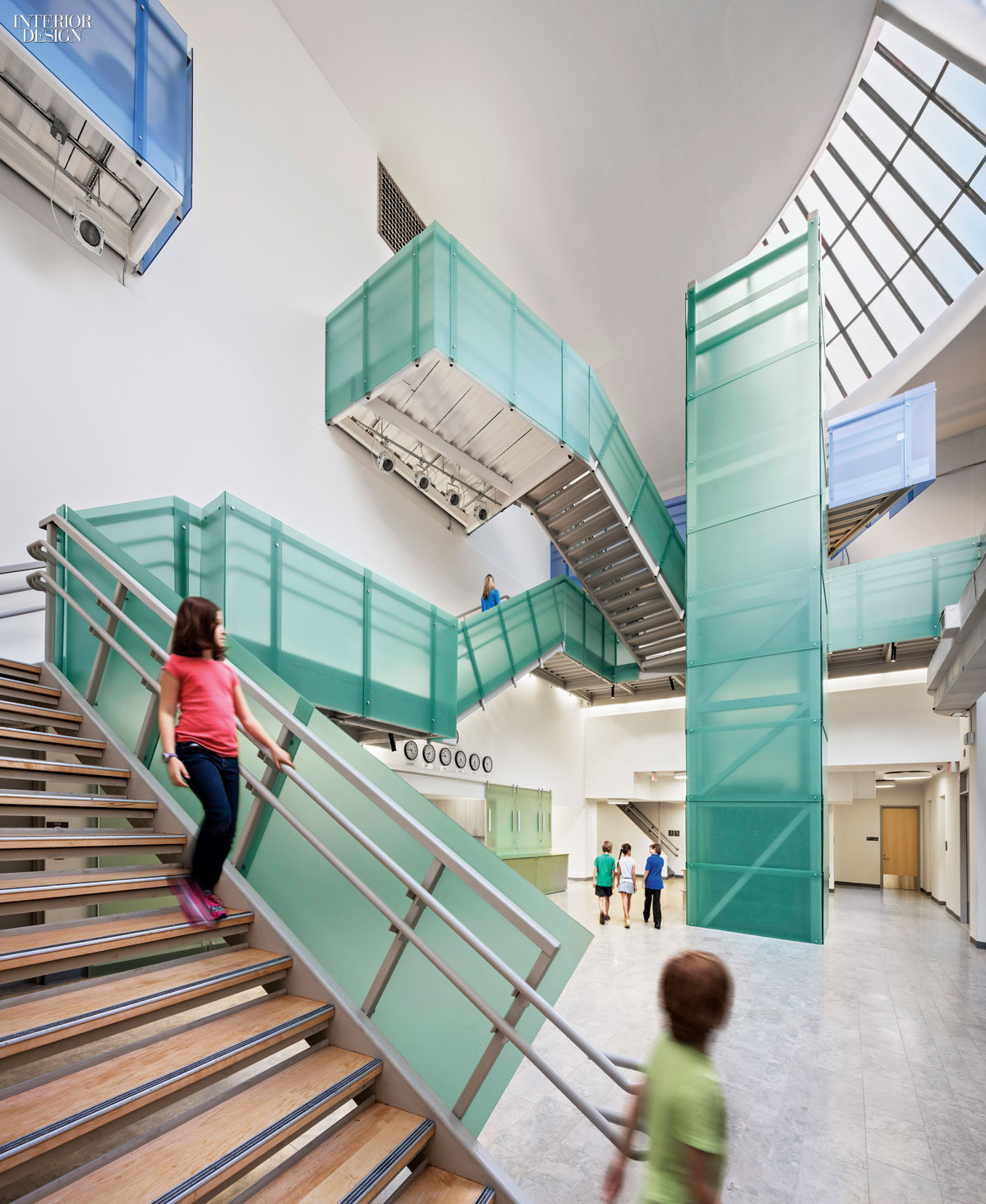 This New York landmark—a former hospital operating theater—underwent a stunning transformation by Davis Brody Bond, who gutted the interior and replaced the former med students with gifted ones in kindergarten through seventh grade. The 85,000-square-foot premises includes open ceilings, both as a teaching tool, showing how plumbing and electricity work, and as a metaphor for transparency in general. Also transparent, in teal and blue, are the resin panels of the stair balustrades and elevator tower. Laser-cut plywood panels adorn hallways and the cafeteria, evoking a tree’s leafy canopy. 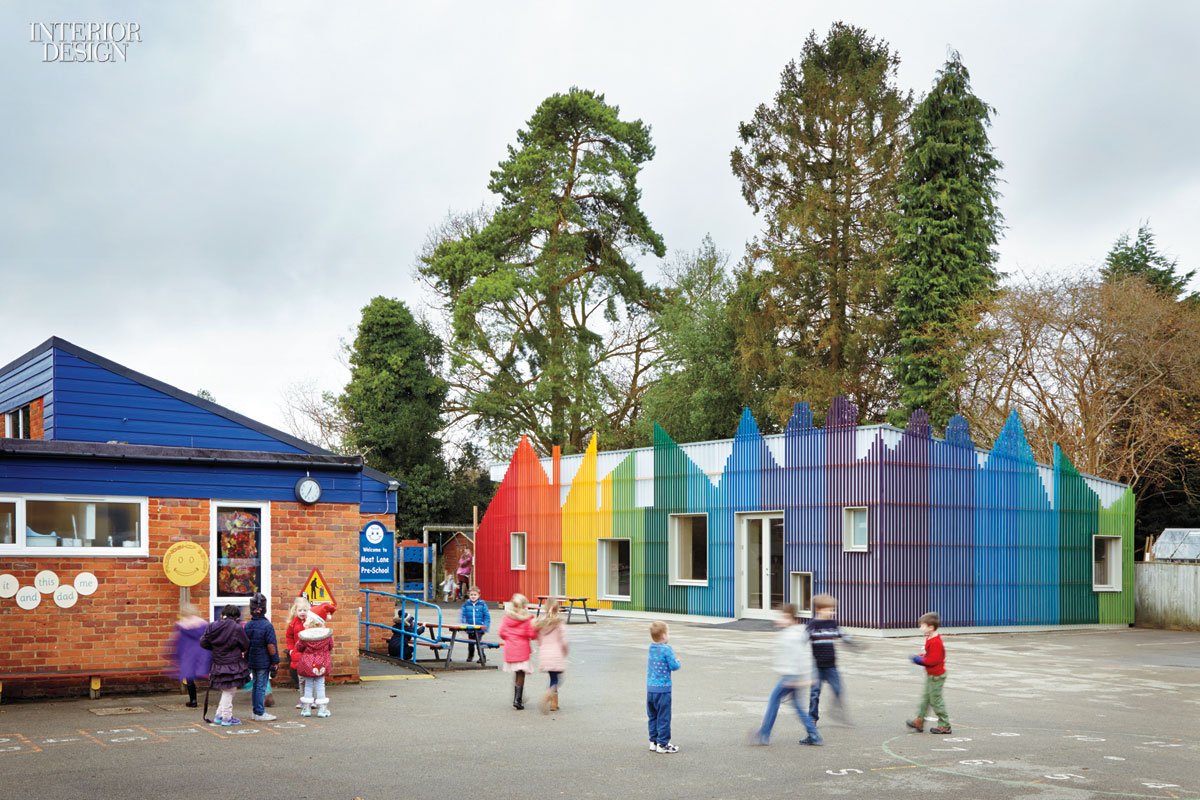 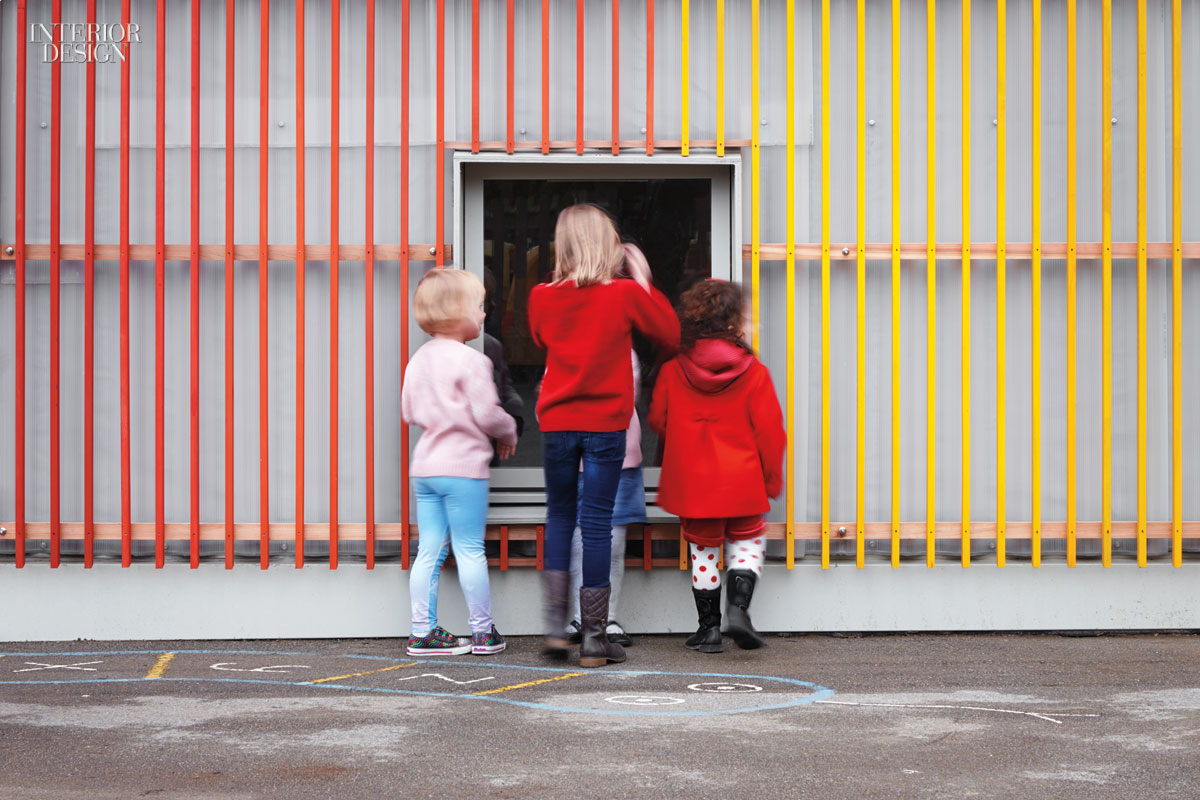 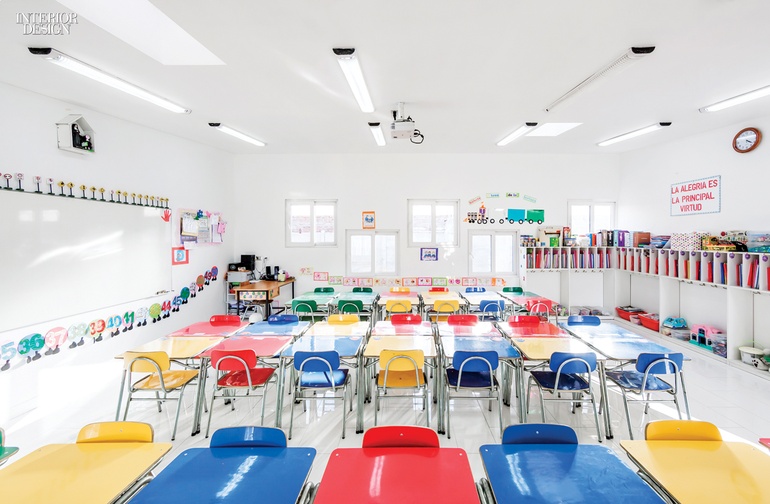 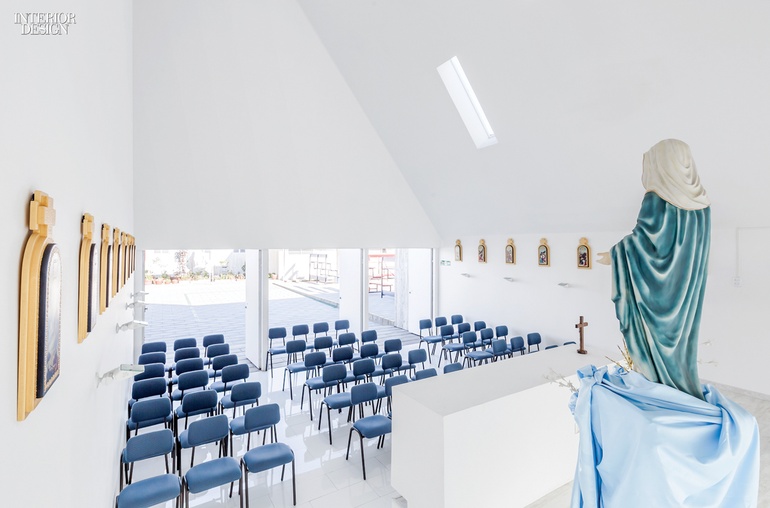 After a tsunami devastated Constitución, Chile in 2010, Land Arquitectos, in collaboration with the Fundación Rodelillo, completed a girls’ kindergarten and elementary school. Half the facility had been destroyed, leaving 800 students displaced. The restored 22,000-square-foot schoolhouse and 800-square-foot chapel flank a plaza that serves as a community gathering place. 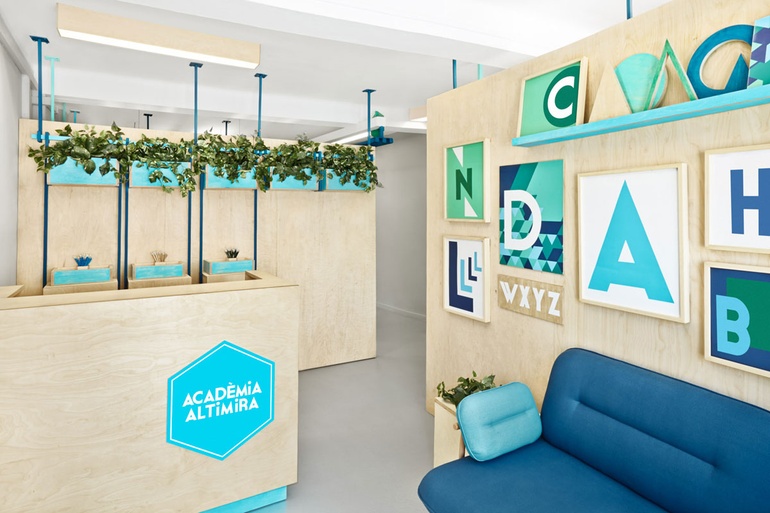 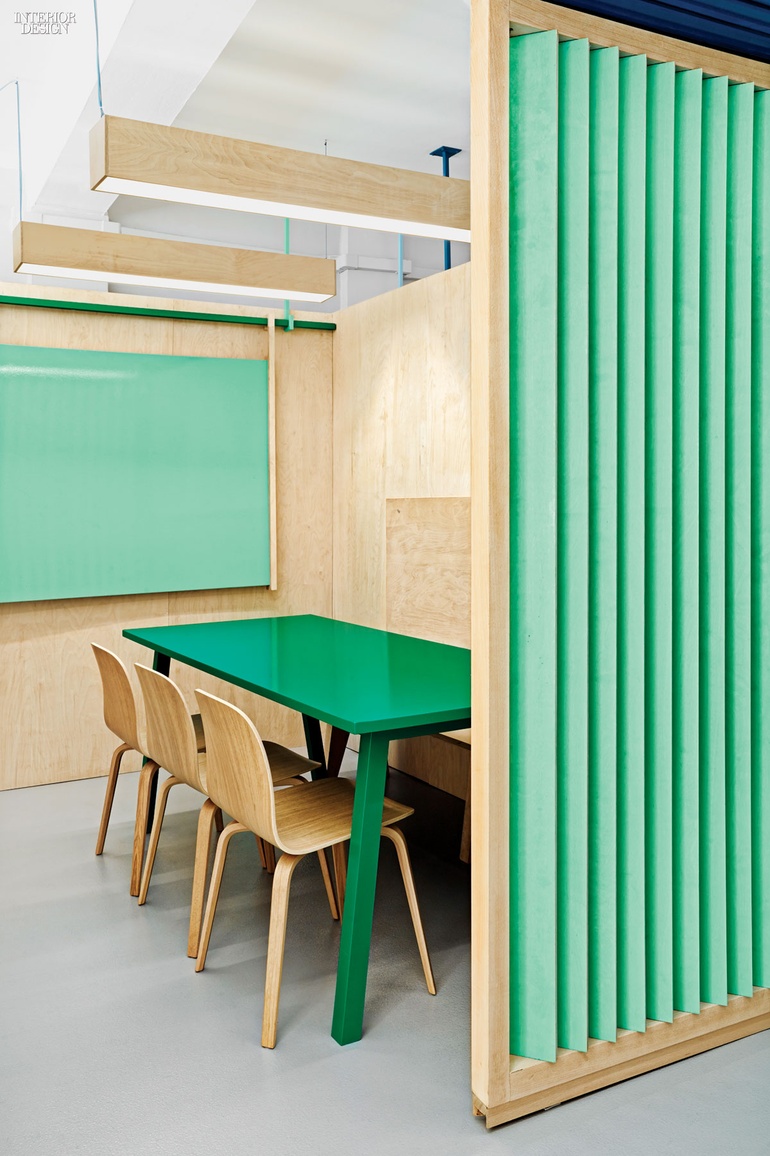 After Masquespacio removed cumbersome round tables from the 1,300-square-foot English language center in Barcelona, they inserted dividers to help control acoustics, along with five small classrooms, two spaces for private study lessons, and a computer lab. The cheery blue-and-green palette—manifesting from a custom painted plywood table in a study caravel to framed silk-screened letters in reception—appeals to children without alienating adults, since the center serves all ages.

5. Art Works: A Place for Curiosity by HDR 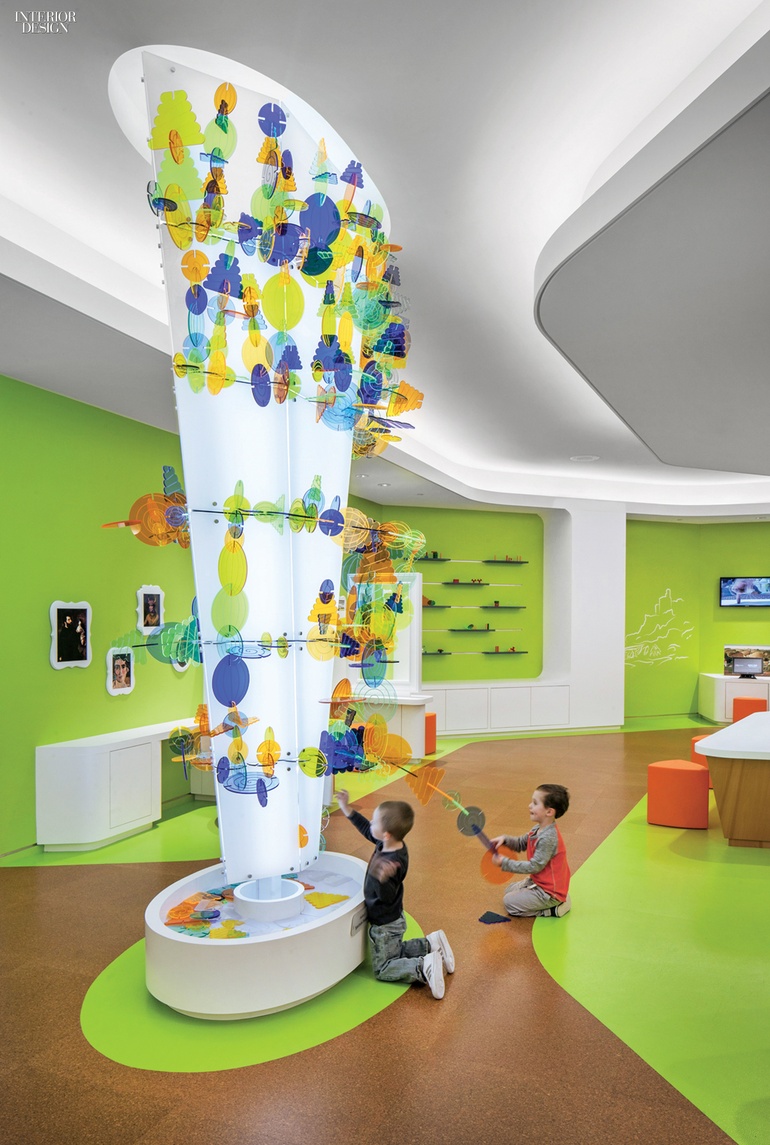