Let your inner wanderlust run wild with these eight elegant hotels that embody the finest of European hospitality design. For more inspiration, check out our hospitality board on Pinterest. 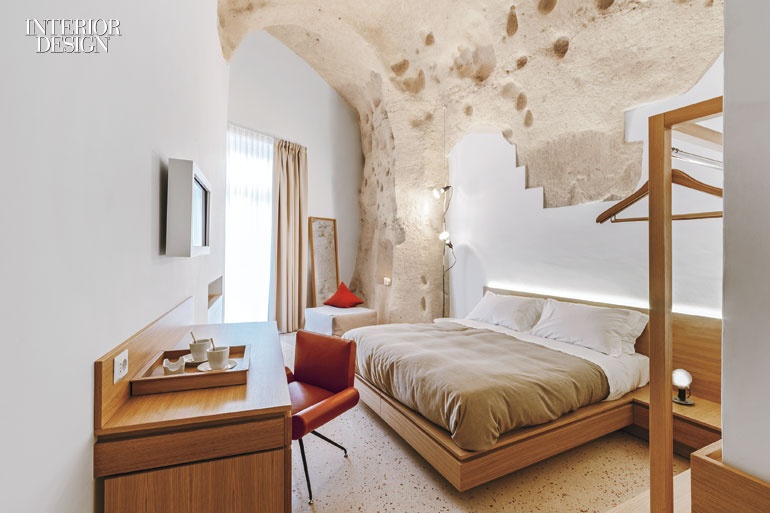 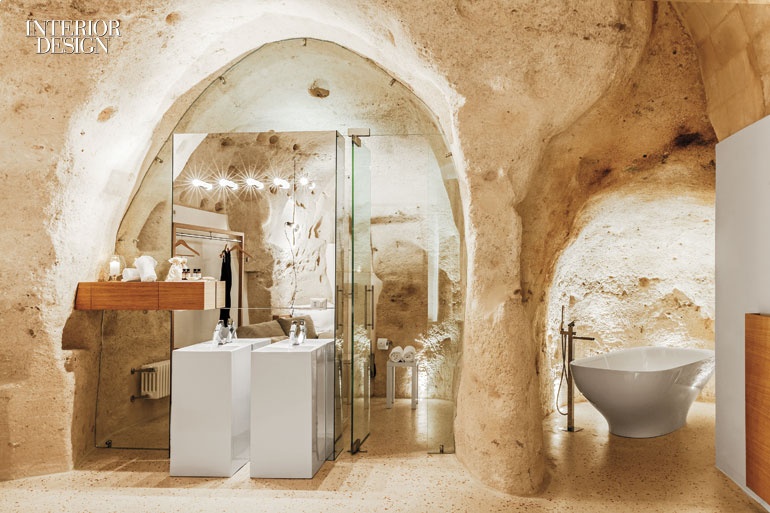 An indigenous volcanic rock, tufa, dominates Matera, Italy, but this incredible (and diminutive) hotel by brother-sister firm Manca Studio really puts the tiny town on the map. Municipal regulations were strict, so architectural additions were limited; each accommodation is unique and has its own name, Roman and female. Walls and arched ceilings carved out of tufa define each room. In Marina Manca’s words, “It’s a place that surprises with a rigorous and intrepid beauty. 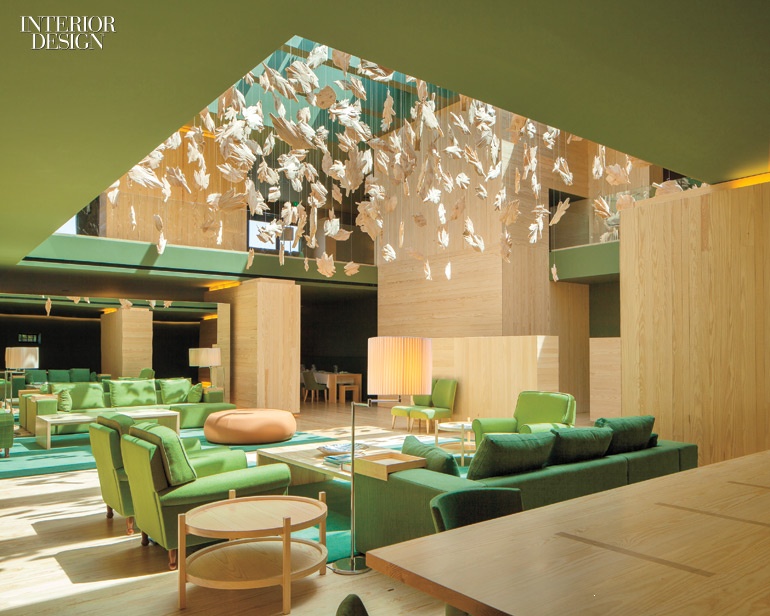 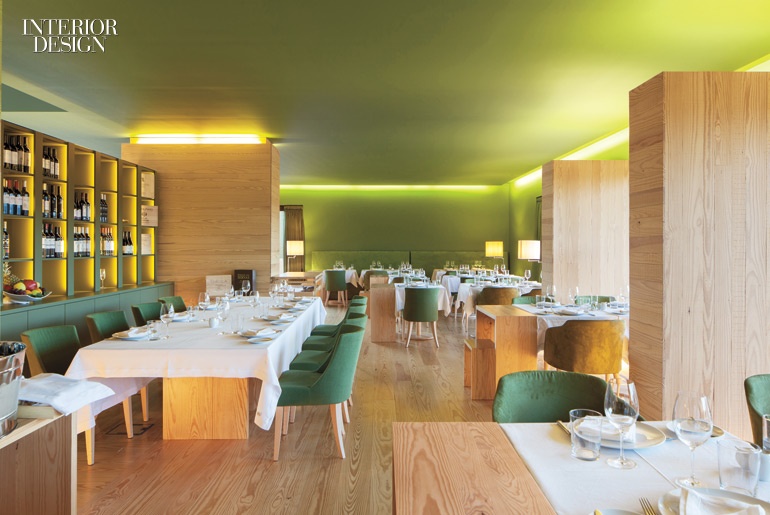 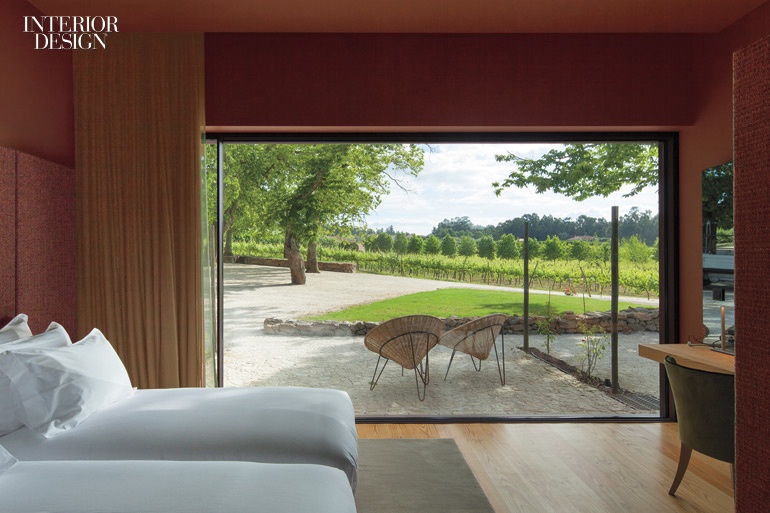 FCC Architecture and Paulo Lobo Interior Design commissioned sculptor Paulo Neves for an installation of 366 carved cedar grape leaves dangling from a 34-by-39-foot skylight in the Amarante, Portugal hotel’s lobby—the project’s signature moment. Against a backdrop of predominantly clear-finished pine, the colors are earthy, dappled with the vineyard’s springtime green and autumnal russet, all Pantone-matched to vine leaves. 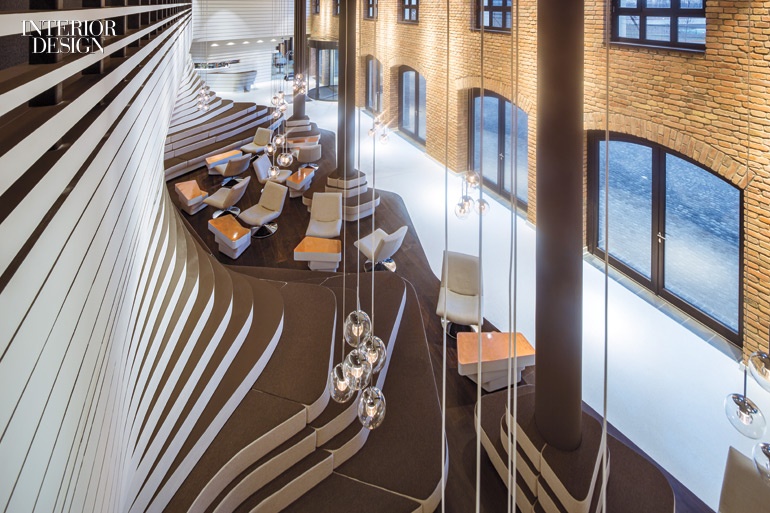 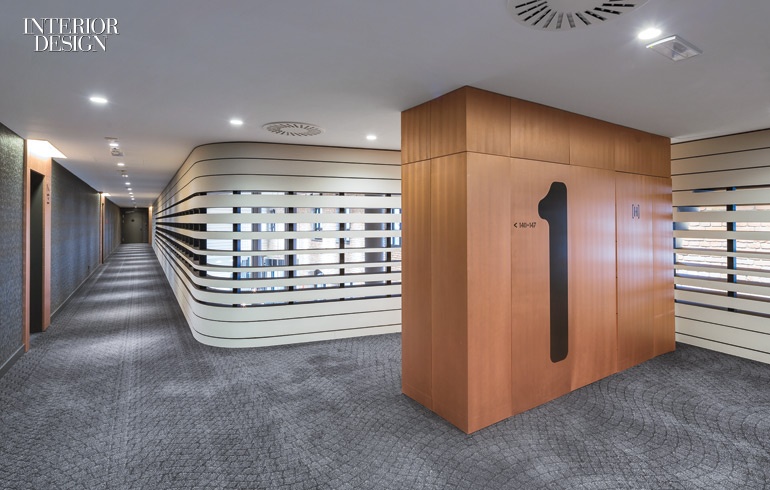 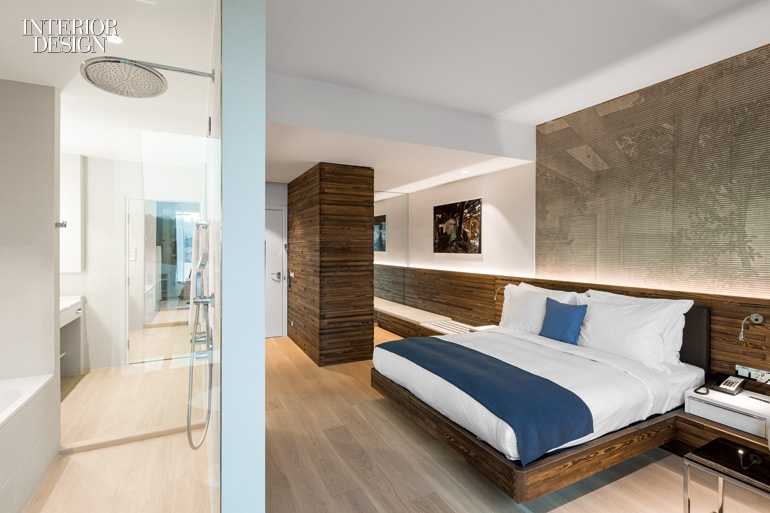 Constructed in 1902 as a gristmill (and burning to the ground following a 1980s conflagration), this Belgrade hotel by Graft aligns closely with the city’s sobering narrative of destruction and rebirth. Greeting visitors in the lobby is a statement piece of stepped seating, whose organic curves descend from the rear wall to flow around a row of columns. Salvaged materials dominate throughout—a guest room mixes reclaimed pine with new wood wire-brushed and stained to match. 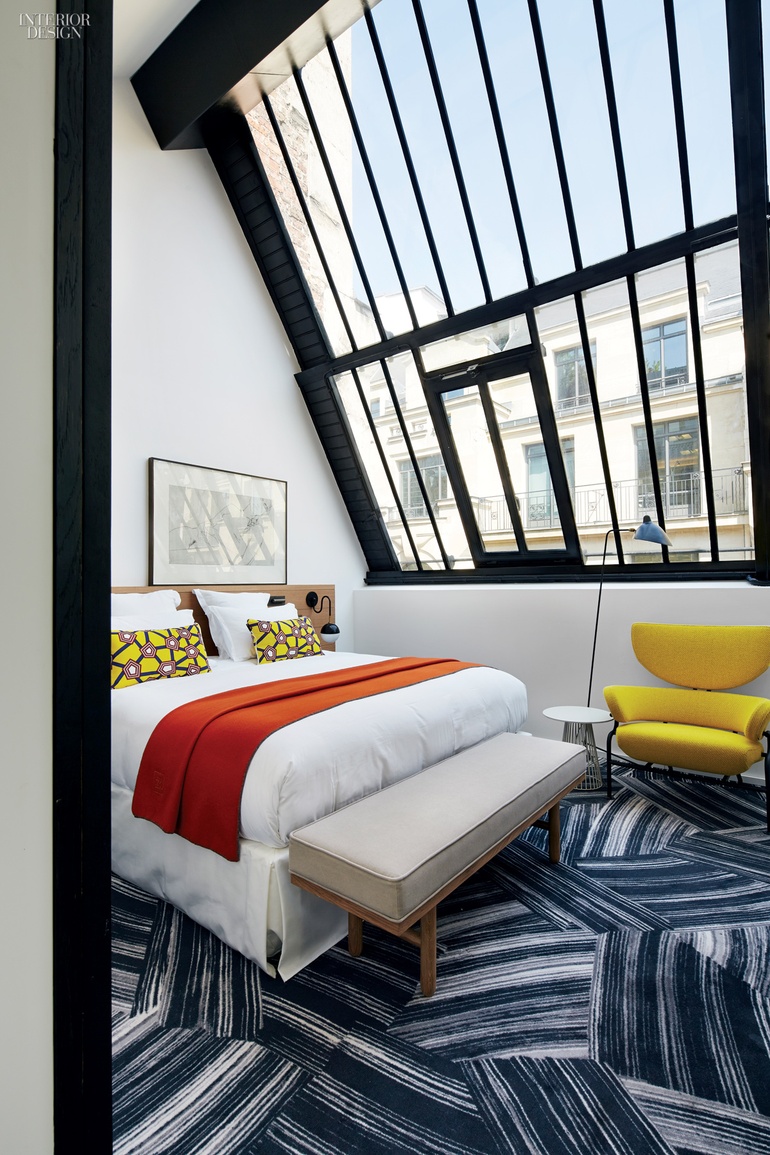 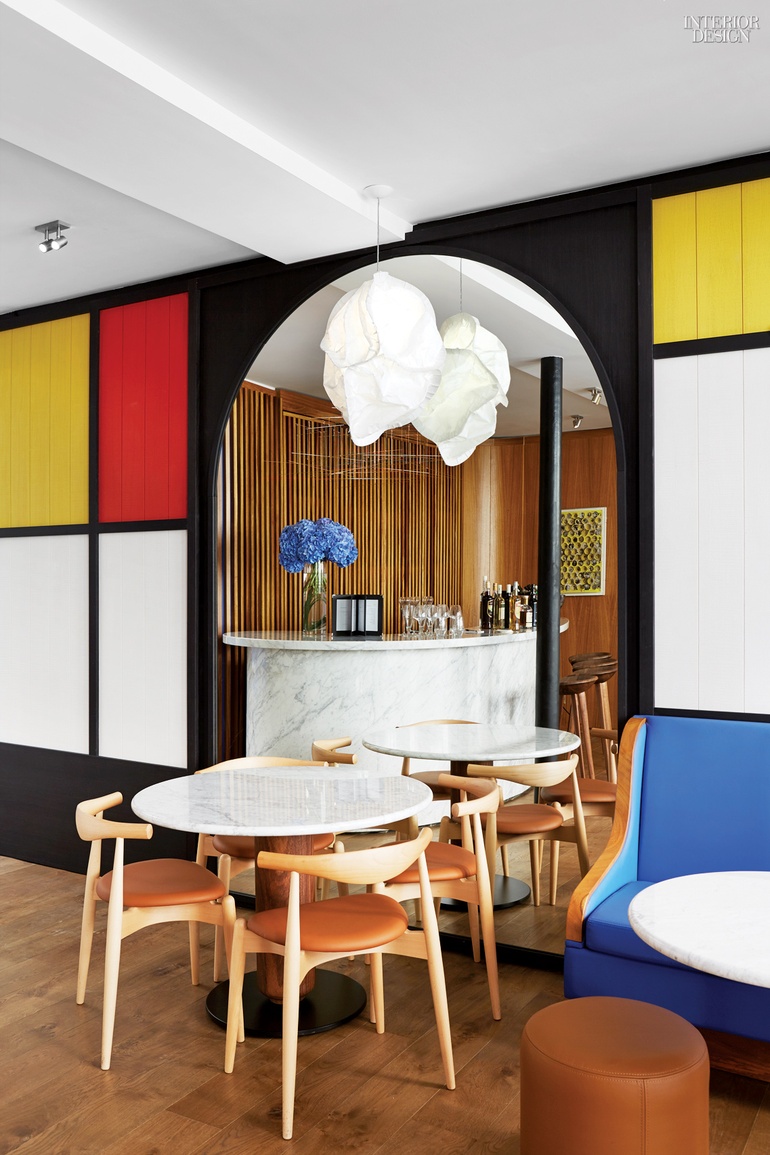 “Art is what inspires me the most, because it’s much less formatted than design today,” François Champsaur says. Walls in his Hôtel du Ministère near the heart of Paris are pure Piet Mondrian, whose colorful motifs manifest in the exuberant red and yellow upholstery of Franco Albini’s armchairs. Romantic artist-studio skylights let natural light flood inside guest suites. 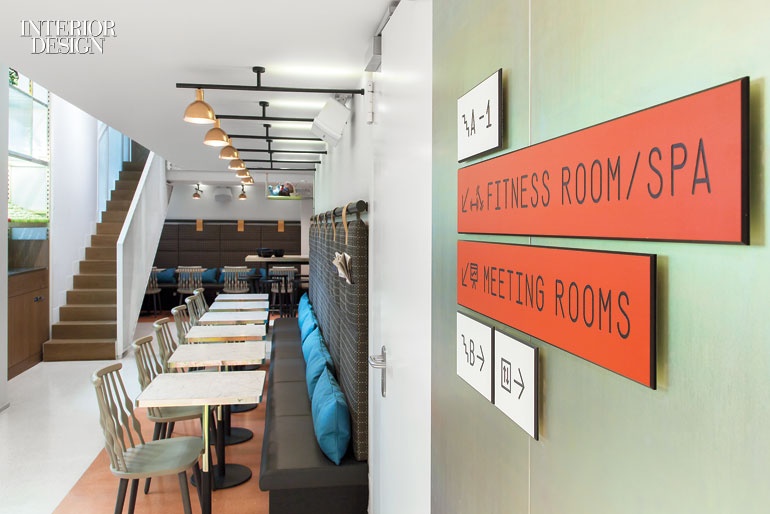 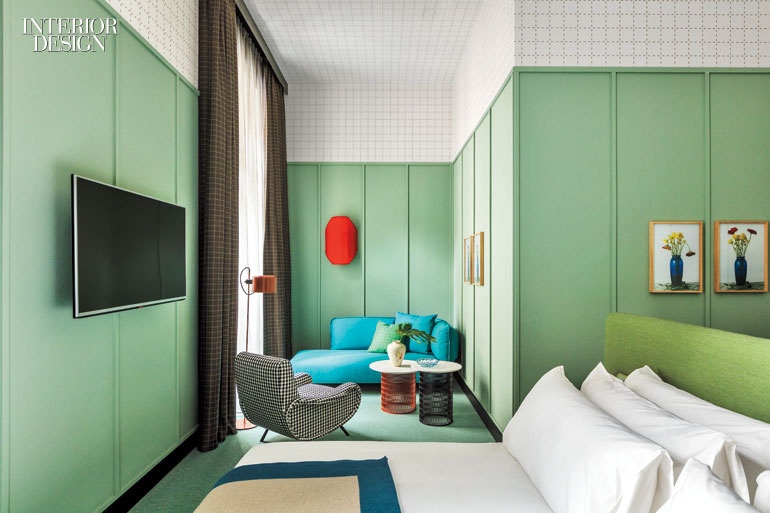 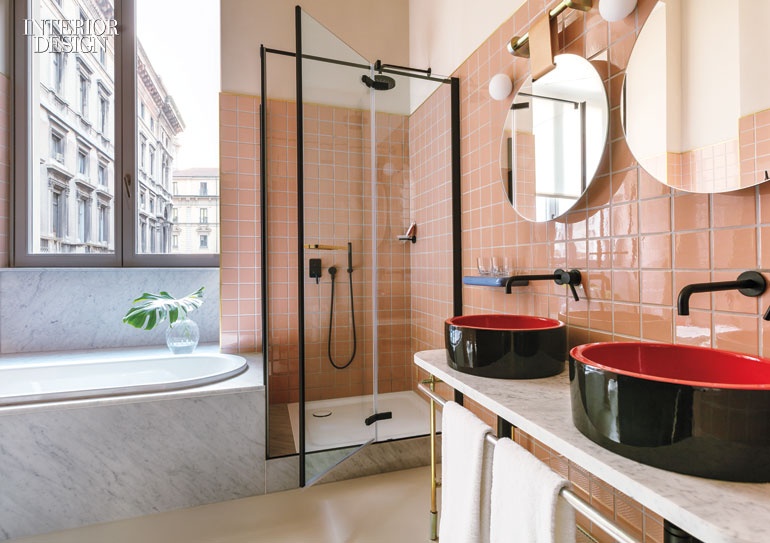 Nestled in a five-story bank building from 1910, the Room Mate Giulia Hotel is replete with references to Milan, which also happens to be designer Patricia Urquiola‘s home town. Of the 85 guest rooms and suites, no two are like, but Urquiola color-coded them blue, green, or orange. Each contain counterpoints provided by vibrant upholstery on the furniture, mostly Urquiola’s production pieces in combination with modern classics and custom designs. 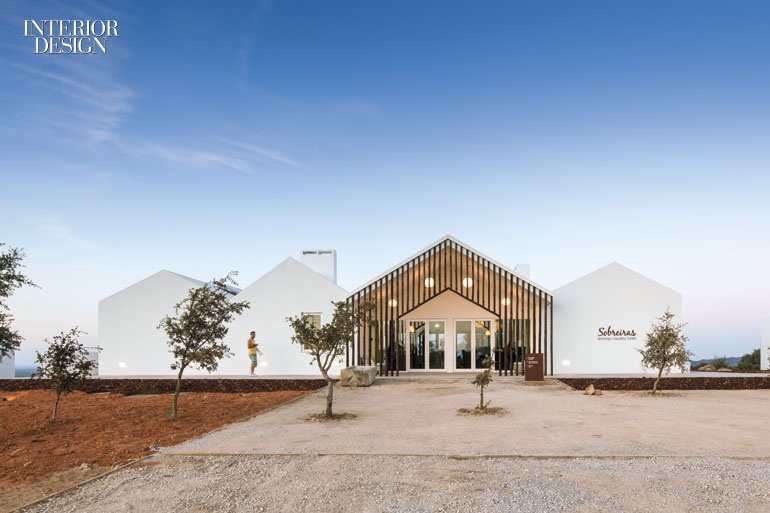 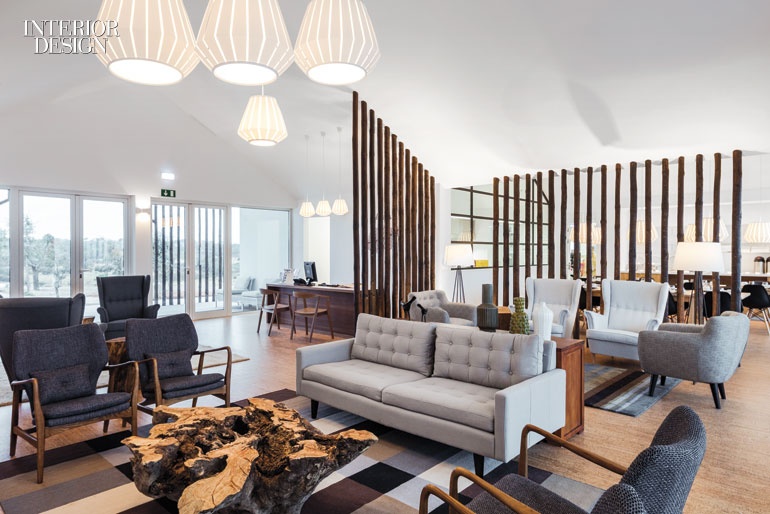 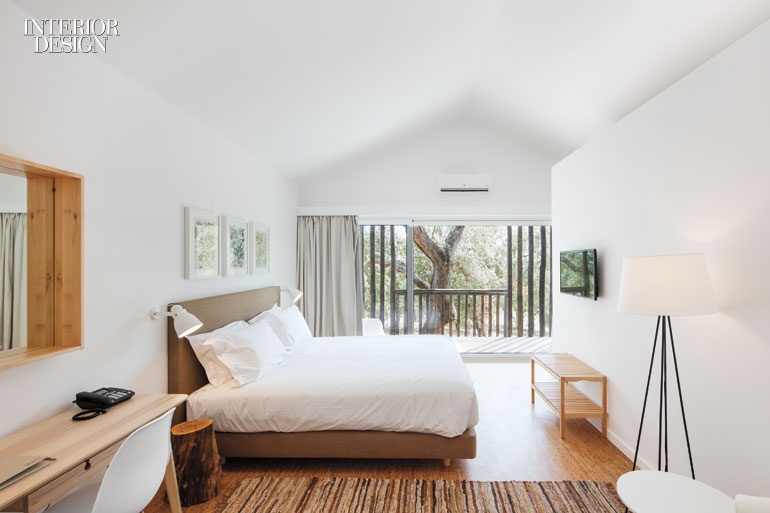 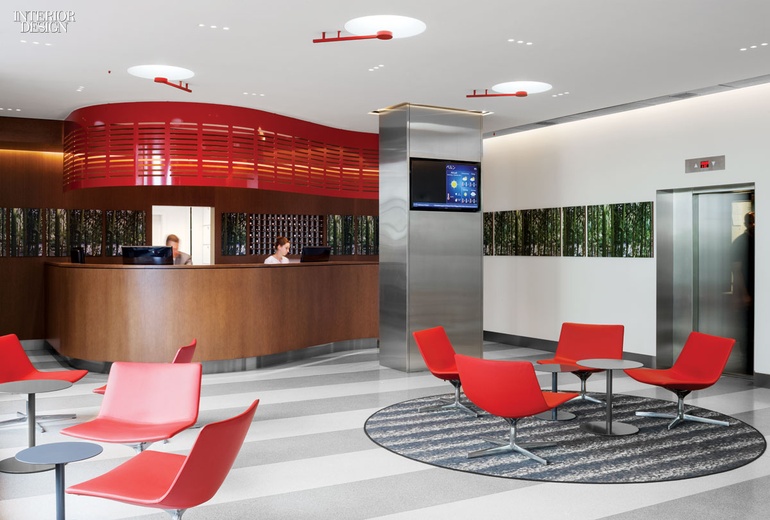 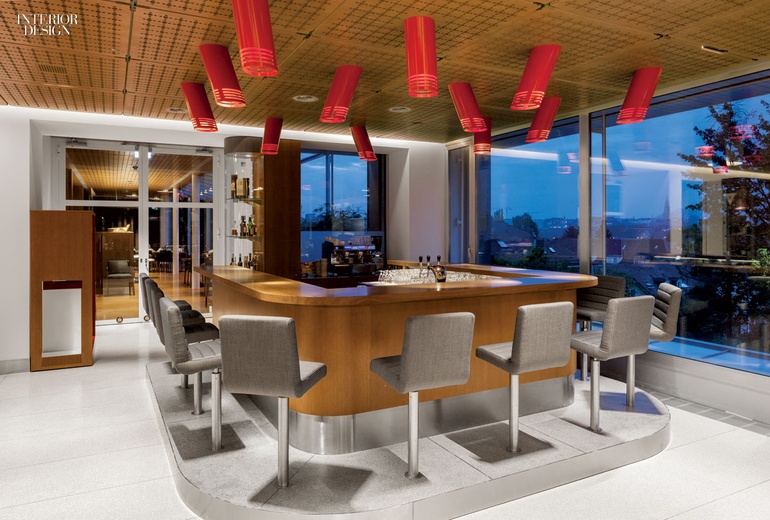 The late Ali Tayar oversaw a sweeping gut-renovation of the Hotel Ambassador & Spa’s two lower levels, lending an unmistakably Japanese aesthetic to the 1970s property in Bern, Switzerland. Red carries through as the primary accent, most notable in the powder-coated cylindrical ceiling fixtures angled over the bar and Arper Catifa 80 lounge chairs anchoring reception. 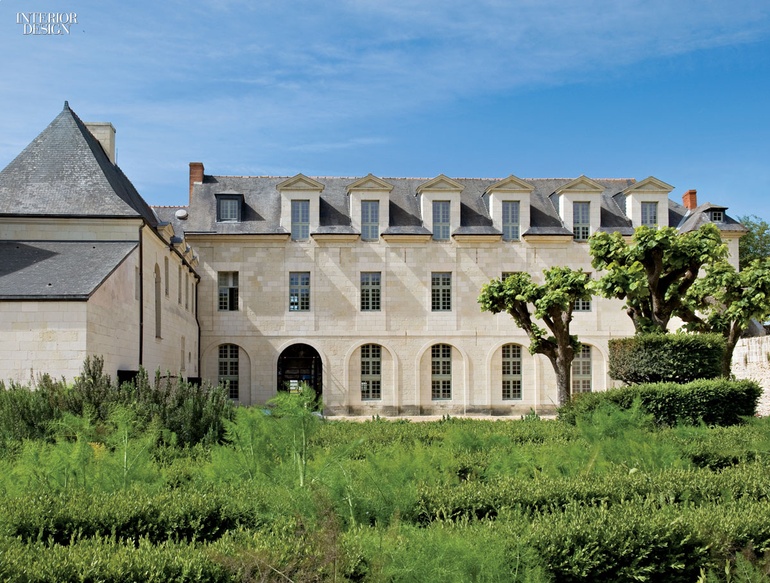 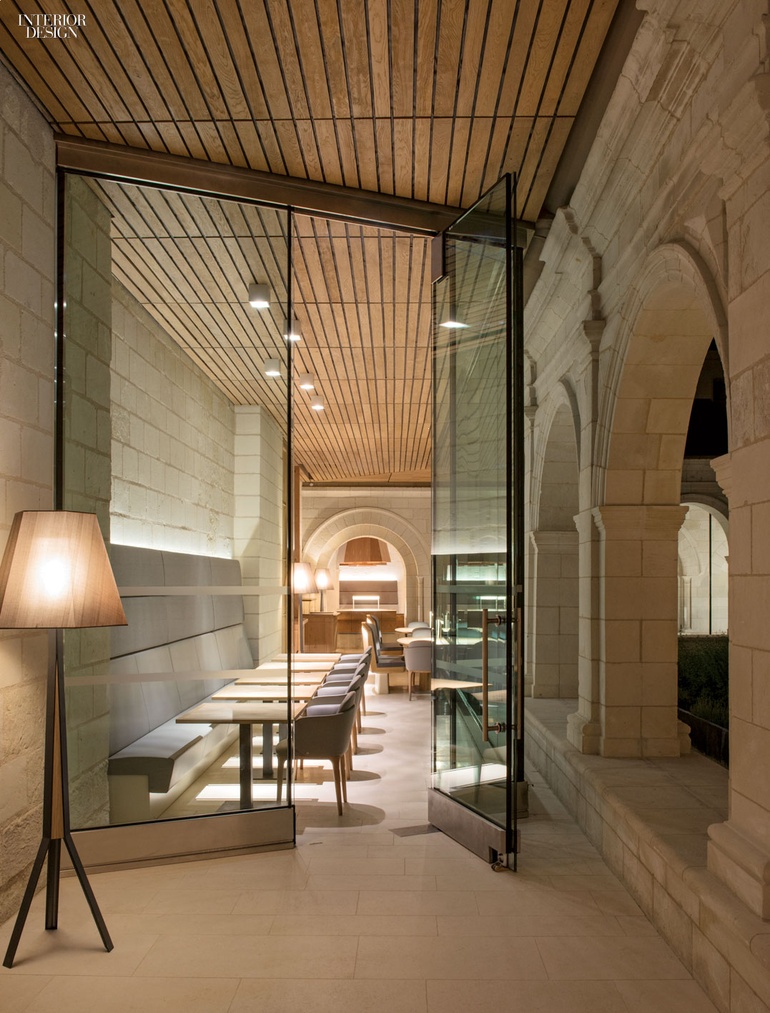 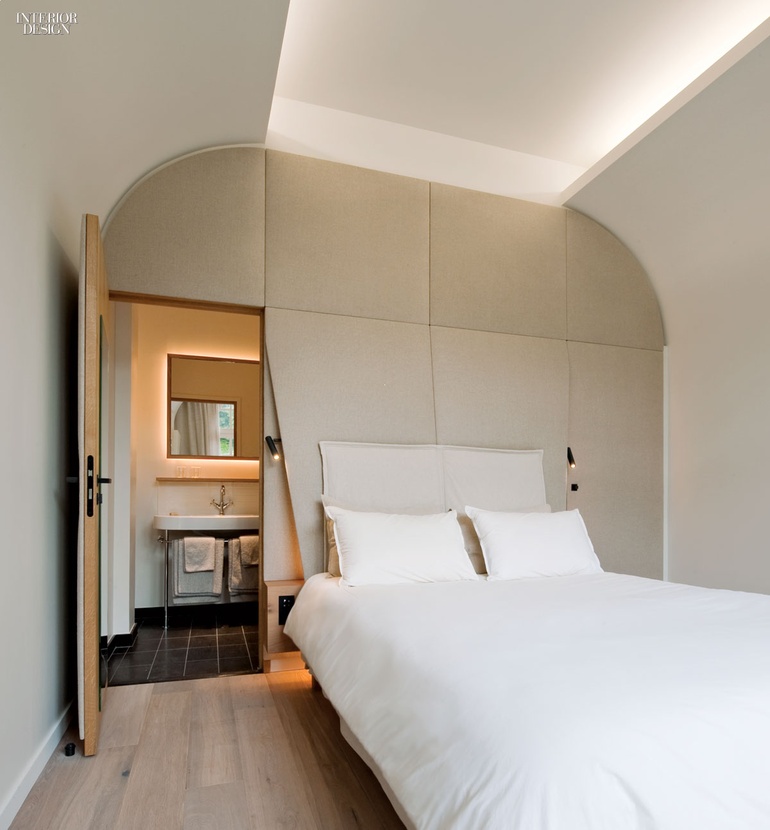 France’s Abbaye Royale de Fontevraud has the distinction of being one of the largest medieval monasteries to have survived essentially intact. Jouin Manku‘s renovation honors the original priory, all creamy white tufa stone with Romanesque and Gothic architecture that is striking for its purity. The designers confined themselves to a mostly organic palette of wood, linen, wool, and leather, accented by blackened steel, all to maintain the serene atmosphere.