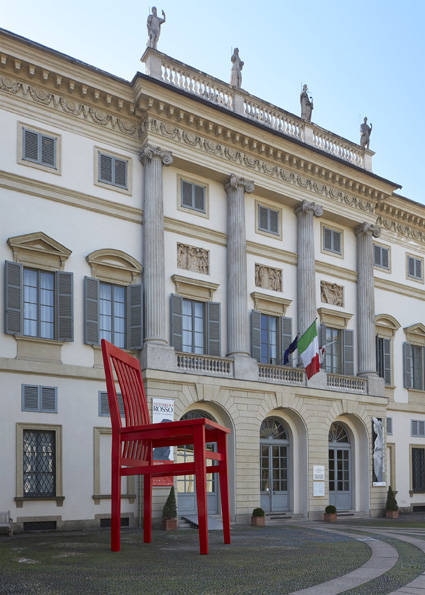 
The founder of Italian furniture behemoth

, Angelo Molteni, could never have imagined the impact that his humble atelier would have on the Italian furniture industry when he opened it as small firm of artisan furniture makers in 1934. Its history is a momentous one, so it seems only fitting that for its 80th anniversary, the company is being honored with “80!Molteni,” a retrospective exhibition currently showing at Milan’s recently restored


Opened to coincide with Milan’s design week festivities, the exhibition was curated by British design doyen

with graphics by Studio Cerri & Associati. The exhibition fills the rooms of the grand Villa Reale, a perfectly preserved masterpiece of Milanese neoclassicism renovated by local architect Ignazio Gardella in the late 1950s. Outside, a larger-than-life version of Aldo Rossi’s 1980 pillar box red Milano chair welcomes visitors into the museum’s courtyard, while inside the show is organized across a series of gallery spaces that house the private collections of Milanese industrialists Carlo Grassi and Giuseppe Vismara. 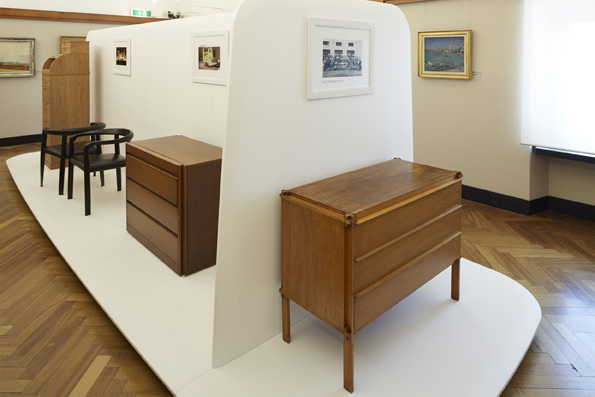 
Set out in chronological order and mounted on linear white plinths, a mixture of prototypes and best-selling pieces track the Minotti Group’s evolution through the decades—from its artisanal roots and expansion during the economic boom of the 60s, to its international expansion in the 90s. Included are examples of pieces produced across all four of its divisions: home furniture brand Molteni&C, office furniture company Unifor, Kitchen specialists Dada, and office furniture and partition wall division, Citterio.


Peppered with pieces by familiar names such as Jean Nouvel, Rodolfo Dordoni, Foster + Partners and Patricia Urquiola to name just a few, visitors also get to see lesser-known works such as Molteni’s first ever item of modern furniture—a Werner Blaser dresser prototype produced in 1955—as well as enjoy the contrast between the furniture and the gallery’s artworks, such as the placement of a Tang Dynasty ceramic camel in front of Gio Ponti’s D.153.1 armchair from 1953. 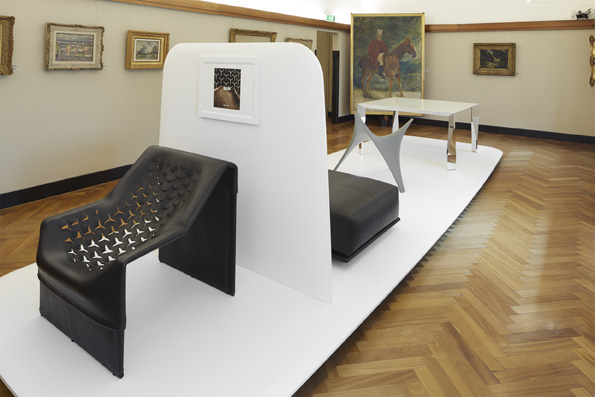 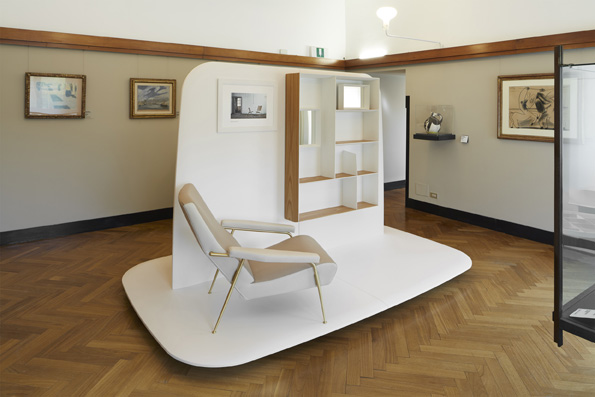