A Great Gatsby Redesign at the Plaza 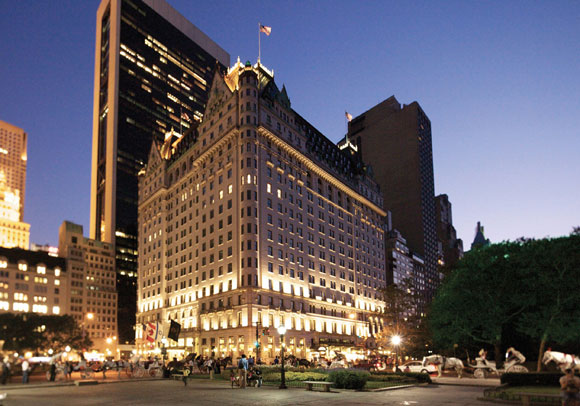 Amping up excitement for the new film adaptation of F. Scott Fitzgerald’s

hotel in New York is bringing back the glitz and glamor of the Roaring ‘20s. Eighteen floors above the hustle and bustle of Fifth Avenue,

, the Oscar-winning production designer of the film

, led the redesign of the new Fitzgerald Suite, now named after the author and frequent Plaza patron. 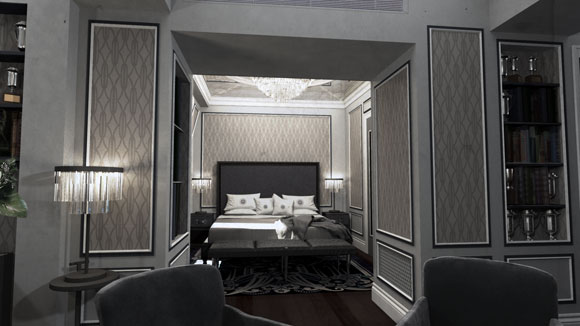 The bedroom in the Plaza’s Fitzgerald Suite.

The living area of the Plaza’s Fitzgerald Suite.

Prior to the opening of the Fitzgerald Suite, the hotel is celebrating with other luxurious, on-theme affairs. The iconic Champagne Bar has become a

pop-up, a space which promises to conjure images of the bacchanalian soirees at the Gatsby mansion. The Rose Club will feature a live jazz band and a signature cocktail served in a not-so-inconspicuous flask. Several dishes with a 1920’s twist will be introduced throughout the Plaza restaurants and food court. And starting April 24, the hotel is hosting an exhibition of props and costumes from the film. 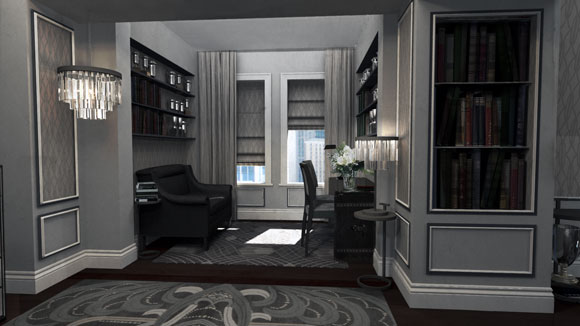