After Saying “No”, Facebook is Happy Working with Gehry 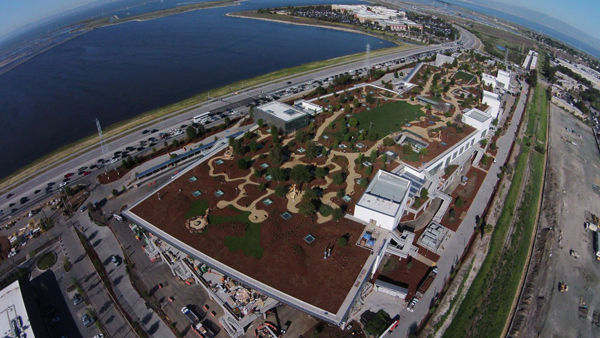 and his team at Gehry’s office in Los Angeles. “His office is a giant warehouse overflowing with handmade, wooden models juxtaposed with state-of-the-art architecture software (some of which is designed by Frank’s in-house team). His teams are filled with people who are unbelievably talented and love what they do. The whole thing reminded me of Facebook, so that when I met Frank, I already knew he was a perfect fit for us,“ recalls Katibak.


Yet, initially, Facebook’s CEO Mark Zuckerberg was reluctant to hire Gehry as the architect for the new

headquarters of the social media giant. Zuckerberg cited his reservations about a Gehry-designed project being expensive and about sending a wrong message about the culture at Facebook.


However, Gehry remained undeterred by Zuckerberg’s hesitations. Approaching the Facebook CEO once again, Gehry came back with a bold pitch that he would beat any other bids in terms of the budget by reducing the overall building construction waste and time wasted due to poor planning that often plagues projects of this magnitude. 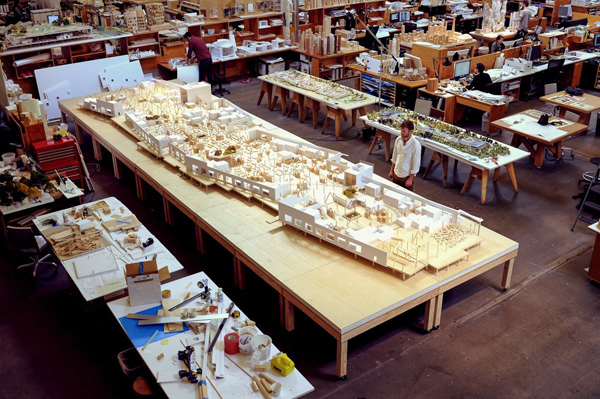 
The pitch worked and Gehry was able to convince Zuckerberg and his team that he was the right match for the project. Working together with the Facebook team, Gehry arrived at a “toned down” final design that was unanimously approved by the city council. “Facebook told us they wanted a building that’s very anonymous, a building that blends into the neighborhood, that doesn’t call a lot of attention to itself,” said Gehry’s partner Craig Webb, regarding the final design of the new headquarters.


The building—not driven by Gehry’s signature design gestures but, rather, by the ultimate space functionality and Facebook’s work culture—reached completion ahead of schedule and under budget, comprising a series of boxes housing one of the largest open-plan office configurations ever created. Spread across 22 acres of land, the new design also showcased a massive rooftop park and unique breakout spaces conducive to the collaborative spirit of the company.


While Gehry’s office has not yet officially released photography of the interiors, there are dozens of images available on Instagram’s with the hashtags


As an additional testament to the successful working relationship with Frank Gehry, Facebook recently disclosed new plans for the construction of two office buildings in Menlo Park spearheaded by Gehry. The buildings will have a similar look and feel as the recently completed headquarters and will be situated across the main Gehry-designed building, further expanding the social network’s campus and planning for future growth of the company.


3) Another staircase shot from yesterday’s walk through of @facebook’s new expansion campus. See previous post for more info and check out the link in my bio for the full gallery. #MPK20FirstLook #MPK20