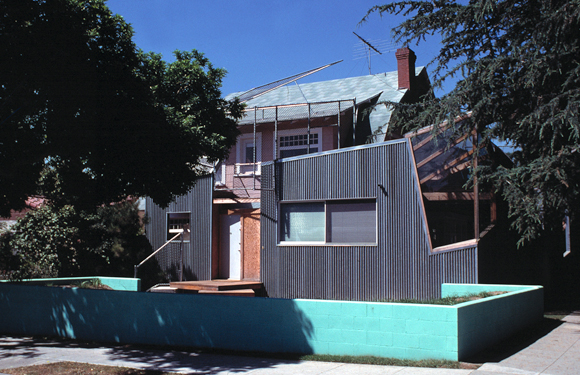 The American Institute of Architects

, has been recognized for its contribution to design history and its continuing importance as an architectural touchstone over two decades since its construction. Honored on its completion by, among others,

‘ Paul Goldberger, the Gehry House exudes the irreverent, DIY spirit of the designer during the early phase of his career. Humble materials like wooden 2X4’s and chain-link fencing wind in a series of seemingly arbitrary configurations around the shell of a conventional suburban house. As the AIA noted in its commendation, “The exposed structure, chaotic fusion of disparate materials, and aggressive juxtaposition of old and new communicate a sense of real-time formal evolution and conflict.”

Though doubtless causing some consternation among its neighbors (one of whom is rumored to have shot a bullet through a window), the house instantly caught the attention of the architecture world. In 1988, it was included by Philip Johnson in the Museum of Modern Art’s Deconstructivist Architecture exhibition, helping to launch Gehry into the starchitectural stratosphere. The architect will receive the award at the AIA’s National Convention in May of this year. 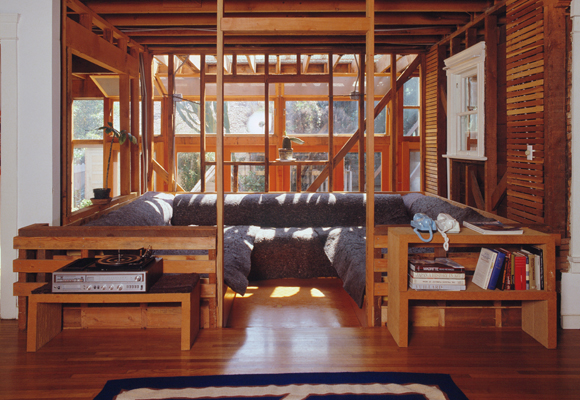