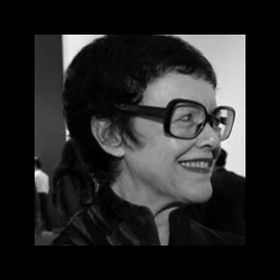 The AIA Los Angeles is remembering Francesca Garcia-Marques, an invaluable longtime chapter member who passed away in early July 2019.

For 30 years, Garcia-Marques, Hon. AIA|LA, Assoc. AIA, was the principal of Studio Francesca Garcia-Marques, a multidisciplinary design firm in Los Angeles, specializing in graphic design, interior design, and historic restoration. She was also well known as a curator of lecture series, conferences, and exhibitions with a focus on architecture, design and art.

“Francesca’s impeccable taste and discernment informed her every effort,” notes Julie D. Taylor, Hon. AIA, principal of Taylor & Company, an LA-based public relations firm for architecture and design. “Her intent was always to impart the power of design.”

In Milan, Garcia-Marques was a designer for Studio Franco Menna, and a designer/artist for Studio Gio Ponti. She moved from Italy to Los Angeles in 1986 and founded her eponymous studio in 1989.

From 1991 to 2011, Garcia-Marques was the program chair for AIA|LA’s Masters of Architecture lecture series, founded by Bernard Zimmerman, FAIA, and presented in partnership with the Los Angeles County Museum of Art’s education department. Conceived for an audience of both design professionals and the general public, the Masters series brought many local and international luminaries to the stage of LACMA’s Bing Theater, where programs were frequently sold out. Beginning in 2011, she curated the museum’s Distinguished Architects Lecture Series.

In 2001, Garcia-Marques was awarded the title Honorary AIA|LA for her work chairing the Masters of Architecture program. She had previously received four Certificates of Appreciation, a Presidential Citation, and a Professional Service Award from the AIA|LA Chapter. Garcia-Marques was also honored with a Certificate of Appreciation for Support and Patronage of Italian Culture in 2004, from the Italian Cultural Institute of the Italian Consulate General, Los Angeles.

From 2003 to 2018, Garcia-Marques worked as a consultant on Interior Design and Lighting Design, Historic Restoration and Renovation, and Color Consulting for the Mount Saint Mary’s University’s Chalon and Doheny campuses. Additionally, she was involved in nine WestWeek design conferences at Pacific Design Center, from 1987 to 2000.

A private memorial will take place on August 1.