Alessi and the (RED) campaign have joined forces with the new

collection, unveiled last week at Alessi’s SoHo location in New York. Up to 10 percent of retail sales from the product line will be donated to raising awareness and funding research through The Global Fund to Fight AIDS.


The partnership is an obvious yet groundbreaking pairing for two brands known for marrying innovation and functionality. Giovanni Alessi founded his eponymous brand in Italy in 1921, with a focus on inspiring, iconic housewares. Founded by U2 front man Bono and Bobby Shriver in 2006, the (RED) campaign has raised more than $315 million for The Global Fund to Fight AIDS. 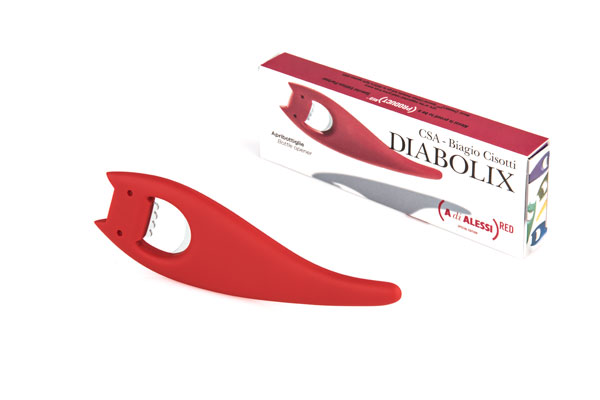 
“Alessi is honored to actively take part in this new, important collaboration with (RED),” explains Alberto Alessi, President of Alessi SpA and head of Marketing Strategy, Communication and Design Management, who calls this latest (RED) project beautiful and conceived with a noble purpose.


“Creativity is at the base of our daily activity and we think that, at the same time, it puts us in a privileged position [that] allows us to help other people,” he notes. “Alessi has always shown great commitment to values such as solidarity and attention towards others, values that fully reflect our identity.”


(RED) CEO Deborah Dugan adds that art inspires people to care about important causes. “(RED) strongly believes that artful design, smart innovation and creativity have a critical role to play in the fight to end AIDS,” she says. “Alessi transforms everyday objects into works of designer art, and now these works also fight AIDS by design. How cool is that?” 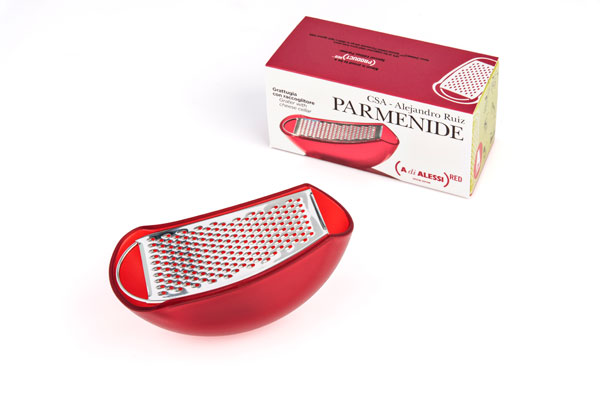 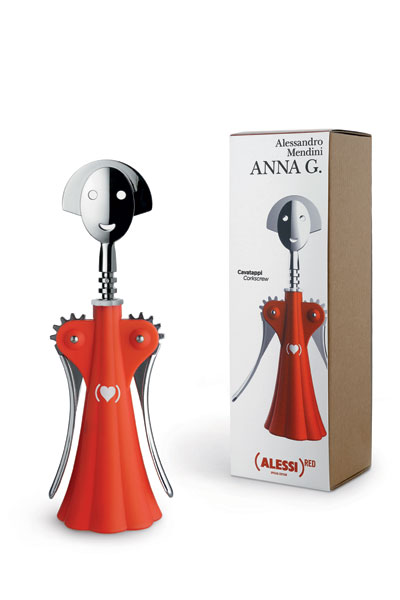 The iconic Anna G. Corkscrew redesigned as a special edition for the (ALESSI)RED.