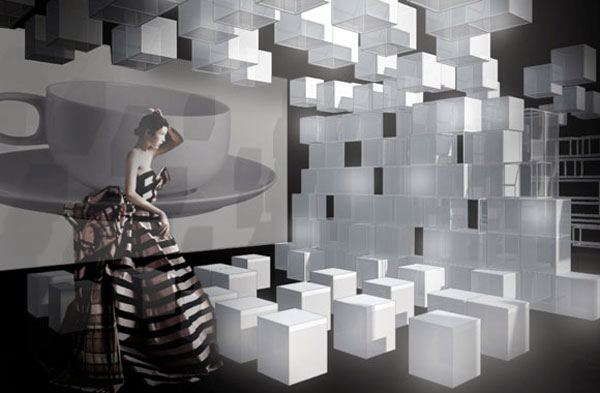 to help them think outside the box. In December ALU and Goto unveiled “Madhattan,” a virtual wonderland inspired by Lewis Carroll’s

fairytale. Using products and mannequins from ALU’s extensive collection, the team reimagined ALU’s SoHo showroom, and for one evening took members of the industry down the proverbial rabbit hole.


With a background in hospitality design (her clients include restaurants Piora, Morimoto, Monkey Bar and Aldea), Goto was able to view ALU’s products with a fresh set of eyes. “I was attracted to the story of

and her journey,” says Goto. “Because of my non-retail background, I saw ALU’s pieces in different ways. I wanted to show that things aren’t always what they seem.”


To create an “Enchanted Forest,” Goto took ALU’s best-selling AUTOPOLE system, a metal free-standing pole, and clustered several together into a stand of “trees.” Using green LED lights by

, guests were transported to another world using multiple senses.

and a “Tea Party” made with ALU’s AGILE suspension system and MOBILE circular tubes. A series of glowing cubes mimicked the black-and-white pattern of a chess set. One of the cubes was transformed into a “tea kettle” by drilling a hole in the top and allowing puffs of various Dreamair scents to billow out the top. A selection of electronic pop and club music piped into the background gave this area of the showroom a party-like vibe. 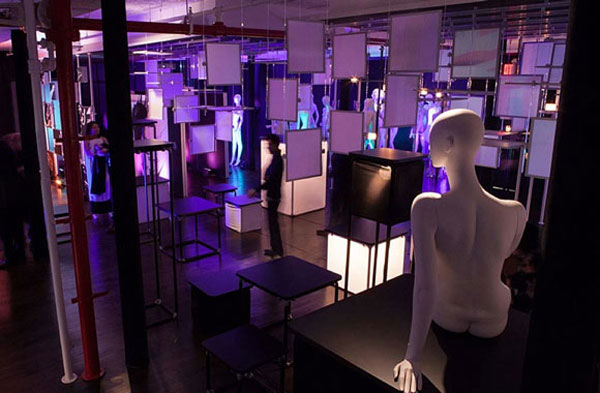 “Madhattan” will continue to be on display at ALU’s third-floor showroom at 50 Greene St. now through late winter. Viewing hours are 9 a.m. to 5 p.m. Monday through Friday. 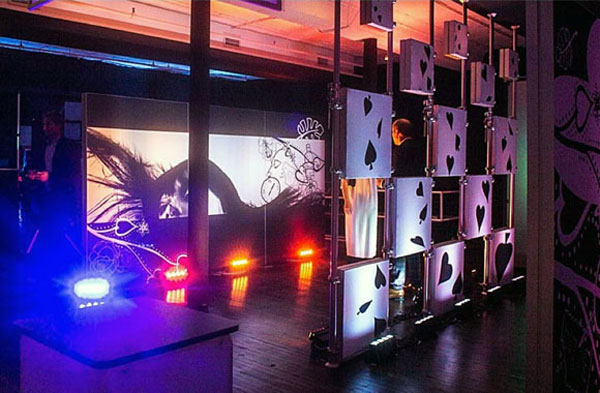