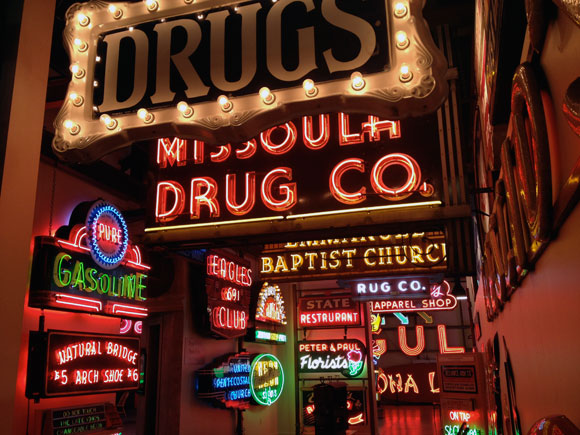 Swormstedt calls the museum a “crazy” idea he’d been dreaming about for decades, recalling that, “From an architectural standpoint, for a long time no one was really interested in signs.” He should know. From 1975 to 1999, the Cincinnati native worked in both editorial and publishing at


Signs of the Times


, a trade magazine on the subject established by his great grandfather in 1906. 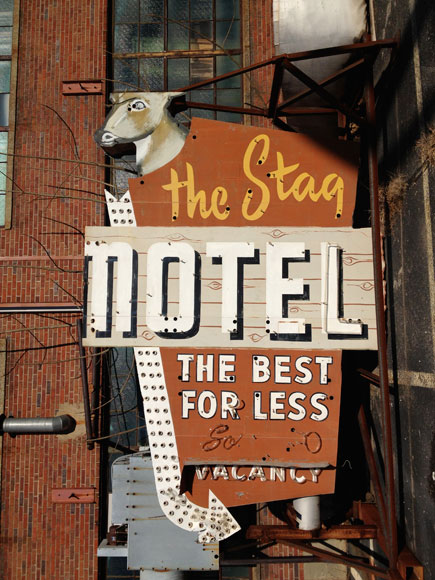 After retiring, Swormstedt focused on the problem solving that’s at the heart of successful sign design. “Historically, architects viewed signs as a blight on buildings,” says Swormstedt. That changed in part due to the

, who believed the tastes and habits of the masses living and working in and around any given building should be considered in architecture and design.

“These architects really believed in signs,” says Swormstedt. “One of my heroes, Izenour, helped people see they could be incorporated into buildings, compatible with buildings. And sign design grew up to be a profession.”

A window into the working neon shop. Photo by Sara Pepitone.

Swormstedt’s collection of signs, tools and the equipment used to make them includes 600 actual signs, including his favorite 25 spanning from the light bulb period to neon and plastic. His enthusiasm is infectious, and who among us can resist a glowing, lighted look into our past?