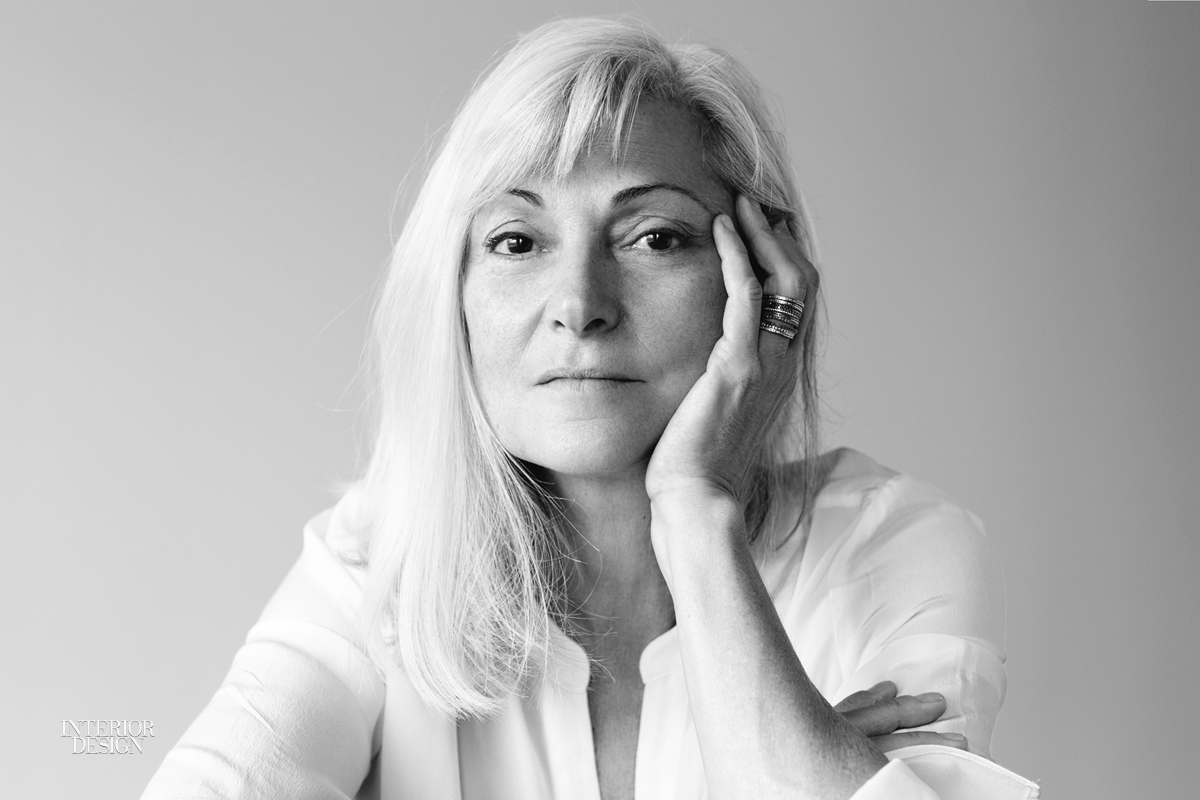 “Very simple, very rustic, with a touch of glamour. Like wearing jeans with a string of pearls,” Anda Andrei says. She is describing the furniture she commissioned for the New York hotel 11 Howard, which has been energizing a previously un-hip corner, but she could also be speaking about herself. Glamorous as any string of pearls, she is hardworking and jeans-wearing. In addition, she is simultaneously an outstanding designer in her own right and a catalyst for other designers’ best work.

In her previous professional life, she was instrumental in making Ian Schrager very successful and Philippe Starck very famous—both preceded her into Interior Design’s Hall of Fame. As the Ian Schrager Company’s design director, she worked to translate Starck’s flights of fancy into hotel rooms that could be built, marketed, and maintained. The trio’s triumphs included the Royalton in New York, the Delano in Miami Beach, and the St Martins Lane in London, all seminal boutique hotels that have been widely imitated.

After the Starck era, she helped Schrager re-create New York’s Gramercy Park Hotel, on which she worked with artist Julian Schnabel, and its apartment annex, which she renovated and expanded with another Hall of Fame member, John Pawson, who calls her “very special.” That multifaceted project proved that she could go from maximalist to minimalist with ease. When Schrager hired Herzog & de Meuron to design a ground-up apartment building, she was there. When he hired Hall of Famers George Yabu and Glenn Pushelberg for the Public Chicago and the London Edition, early properties in two new hotel chains, she was there.

“The exchange of ideas was fantastic,” she says of her role as Schrager’s ambassador to the design world. But the day the London Edition opened, in 2013, was her last day as an employee. It was the right moment to strike out on her own. She was approaching age 60—time, she figured, for a midlife reinvention.

She wasn’t planning for Anda Andrei Design to specialize in hotels, but several fell into her lap. First came RFR Holding cofounder and principal Aby Rosen, who asked her to spearhead the conversion of a Holiday Inn into 11 Howard—where she, in turn, asked Space Copenhagen, the firm behind the renowned restaurant Noma, to design that rustic but glamorous furniture.

Then iStar CEO Jay Sugarman brought her on board for the Asbury, an affordable hotel intended as the linchpin of the regeneration of Asbury Park, a New Jersey town that had fallen on hard times. She worked with Bonetti/Kozerski Architecture and Design on a beachy-chic look that’s decidedly up-to-date yet also “an ode to everything that was,” she says. The lobby’s wall of vinyl records gives a nod to the Stone Pony, the bar that launched Bruce Springsteen, while white picket fences surround the rooftop movie theater.

The Asbury occupies part of 35 beachfront acres owned by iStar. As creative director for the whole development, she is already working with Handel Architects on a mixed-use building and Oppenheim Architecture & Design on an apartment building. She and Bonetti/Kozerski are re-inventing a vintage bowling alley. (Together, they just completed the Brooklyn Museum’s restaurant, the Norm.) She’ll bring in other firms for other portions of the Asbury Park development when the time is right, she says: “I’m a big collaborator. It’s the way I work.”

Growing up in Romania, in its darkest days, Andrei listened to Radio Free Europe at night—always with pillows over the phone, which contained a bug. It helped that her father was an architect and her mother a poet. Since arriving in the U.S., in 1981, with $200 to her name, she has honored both her parents, turning poetry into architecture and architecture into poetry.

She shows no signs of stopping. As a collaborator, she says, she makes a point of “always knowing where to look for talent.” She could start by looking in the mirror.