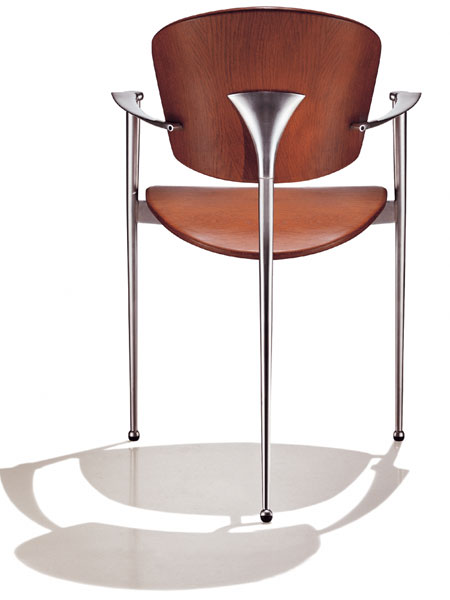 It has been twenty five years since designer

unveiled the Andrea — the iconic chair that, he believes, ultimately won him a National Design Award in 1990. Lluscà’s play on shape and unusual form is evidenced by Andrea’s three legs—a paradox since the design is more stable than many of its four-legged counterparts. In order to celebrate this important milestone,

is hosting a contest that will award a pair of Andrea chairs to one lucky winner.

To enter, head over to the

and let the company know which of Andreu World’s current roster of seating designs is your favorite. The collections include the Nub, New Brandy, New Ronda, Sail, Flexa, Tao, Brisa and Siesta. The contest runs through October, 29, 2012 (and yes, you can enter multiple times!). Look for the winner to be announced soon after.

“This piece has been elevated to the status of a work of art, exhibited in museums such as the MoMA in New York, but it is a work of art that we want celebrated by the most important curators – fans of Andreu World,” says Cristina Salavert, communications director at Andreu World. “The contest is on Facebook because of the accessibility, as nothing makes us more excited than to celebrate the 25th anniversary of the Andrea chair with the fans of Josep Lluscà and Andreu World.”