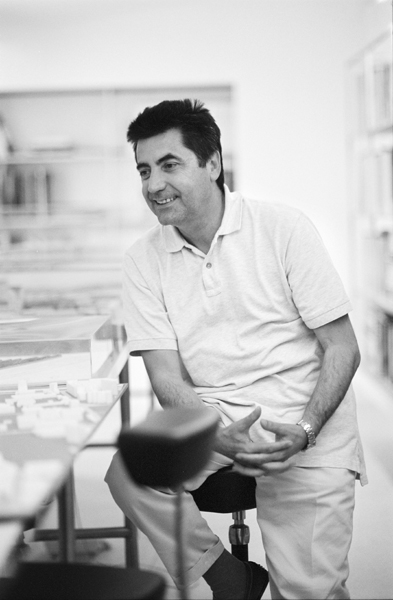 was born in Meda in 1950, started his design office in 1972, and graduated in architecture at the Milan Polytechnic in 1975.


Between 1987 and 1996 he worked in association with Terry Dwan and, together, they created buildings in Europe and Japan.


In 1999, with Patricia Viel, he founded “Antonio Citterio and Partners”. The firm operates at international level developing complex long-term projects, at all scales and in synergy with a qualified network of specialist consultants.


In 1987 and in 1994 Antonio Citterio received the Compasso d’Oro-ADI award. Since 2006 he has been an architectural design instructor at the Academy of Architecture in Mendrisio, Switzerland.  In 2008 he was honored by the Royal Society for the Encouragement of Arts, Manufactures & Commerce of London, which gave him the title of “Royal Designer for Industry”.


In September 2009 the architectural practice changed its name to