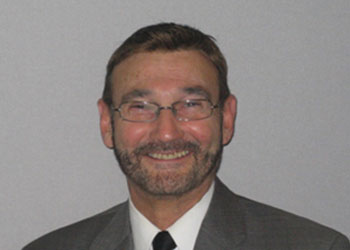 Architect and interior designer Francisco Laurier died of cancer on February 10 in Annapolis, Maryland. Most recently a senior principal and director of interior design in architecture firm HOK’s Washington, D.C. office, Laurier was born in Cuba and immigrated to the United States in the 1960’s.

, Laurier opened his own design firm in Miami Florida, FHLaurier Design Group. He has partnered with firms including Gensler, Mancini Duffy, and Ewing Cole, and his work has earned several awards and accolades.

Laurier is survived by his long time partner and best friend Mike, his mother Olga, brother Herman, sister in-law Nancy, their children, and many friends. A fund has been established in his memory at the Pratt Institute School of Architecture and HOK will match all donations.

Donations should be sent to: Lenora Hallums, Pratt Institute Office of Development, North Hall 219, 200 Willoughby Avenue, Brooklyn, NY 11205. Checks should be made out to Pratt Institute and the memo line should note “in memory of Francisco Laurier.”