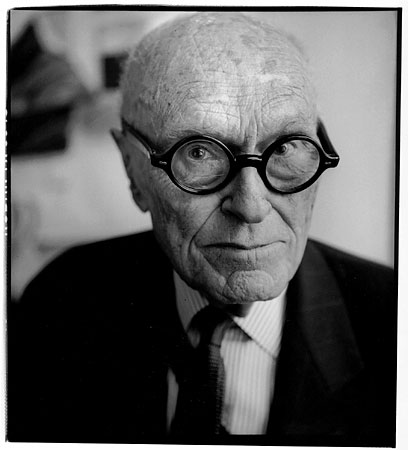 Noted architect Philip Johnson died yesterday at his famed home, the “Glass House,” built in 1949, in New Canaan, Connecticut, according to Joel S. Ehrenkranz, his lawyer, and John Elderfield, a curator at the Museum of Modern Art. He was 98.


Johnson’s career was long and versatile. Employed as the world’s first-ever architecture curator, at the Museum of Modern Art 1931, he later moved on to build corporate headquarters and innovative residences.


With his partner, John Burgee, Johnson designed the Crystal Cathedral in Garden Grove, California; the Bank of America building in Houston; and the Cleveland Playhouse. He also built the well-known—and originally controversial—AT&T Building in Manhattan (now the Sony building), with its unusual Chippendale-style topped façade. The building marked a shocking break from stark modernism, which many credit as turning point in architectural style of the time. Johnson called it, “the job of my life.”


As a curator, the first show Johnson assembled on what he dubbed “the International style,” which started in Europe with Mies van der Rohe and Le Corbusier, “literally changed the landscape of American architecture,” according to Terrence Riley, MoMA’s current Philip Johnson chief curator for architecture and design. “He made it accessible to an American audience, with simplicity and forthrightness—his hallmarks,” added Riley. Johnson’s other hallmark? Owl-like, thick black-framed glasses.


Philip Cortelyou Johnson was born July 8, 1906, in Cleveland, the only son of Homer H. Johnson, a well-to-do attorney, and his wife, Louise. After graduating with honors from Harvard in 1927 with a degree in philosophy, he toured Europe and became interested in new styles of architecture. He later attended the Harvard Graduate School of Design, graduating in 1943.


Johnson was awarded the Gold Medal of the American Institute of Architects in 1978, and the following year he became the first recipient of the prestigious Pritzker Architecture Prize.


He is survived by his companion of 45 years, art dealer David Whitney.