Arnold Friedmann, Hall of Fame Member, Passes Away at 91

Arnold Friedmann, esteemed educator and designer, passed away this month at age 91. Friedmann, who was born in Nuremberg, Germany, was inducted into the Interior Design Hall of Fame in 1994. 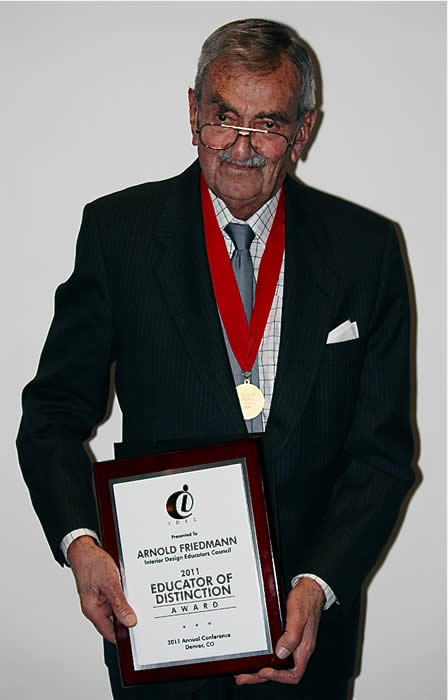 The impact that Arnold Friedmann had on the field of design might be measured by the thousands of students he challenged to share his passion. It might be measured by his eloquent writings, his lectures and his decades of tireless service to both the schools that train young designers and the professional organizations that allow them to grow and mature. Then, of course, one must consider Friedmann’s landmark 1968 report, “A Critical Study of Interior Design Education,” a major catalyst in the development of programs to accredit design schools and qualify professionals through standarized examination.

At Friedmann’s alma mater, Pratt Institute, he was a tenured professor and went on to head the Environmental Design Department. From there, he went to University of Massachusetts, Amherst, where he directed the school’s design programs and continued to pursue his model of enlightened education.