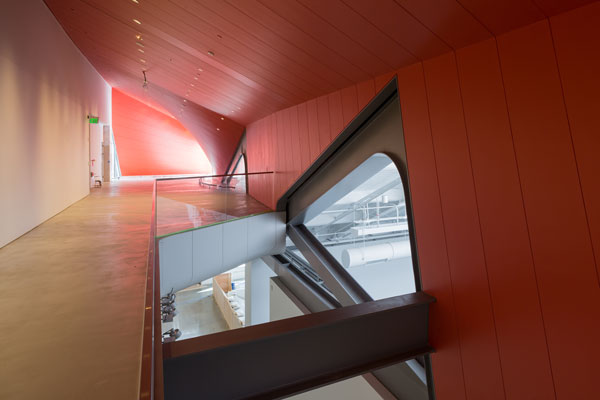 
Just in time to ring in the new year, the University of California, Berkeley is ready to unveil its bold new home for the

. The structure is a skilful integration of the new and the old, joining the renovated Art Deco-style former UC Berkeley printing plant and DS+R’s bold new stainless steel-clad structure that drapes over the original buildings of the plant. The resulting creation is a prominent meeting node for Berkeley’s downtown arts district and the west entrance of the UC Berkeley campus—and a dynamic and permeable interface that facilitates interaction and connection between BAMPFA and the public.


According to Charles Renfro, partner at Diller Scofidio + Renfro, the sheathlike form of the new addition is a derivative of the functions housed within. “What we wanted to do with our new element, which comprises the theater and the café, is to make something that works in combination with but also in contrast to the boxy nature of the existing buildings,” explains Renfro. “We wanted to telescope the form of the theater itself, which has a sculptural quality by its very nature, to the outside. Thus, the theater is a kind of three-dimensional element that floats in a void created by the excavation of the basement level.” 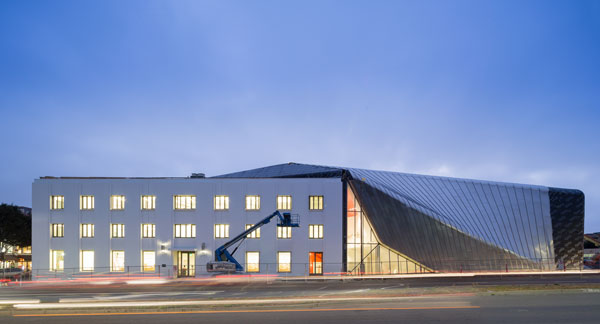 
“We extended an arm around administrative offices and over the press building in the image of the theatre volume to link all of the elements together and to create a new front door and entry canopy,” adds Renfro. “Taken together, these elements are unified to become an ensemble of components that both lean on each other but also exert their own independence.”


The new building will house BAMPFA’s world-renowned film program, flexible exhibition galleries containing over 17,500 works of art, education spaces, two film theaters and two film viewing booths. Additionally, BAMPFA’s new building will emphasize its role as the arts center of the university and a destination for the public by providing spaces for gathering and for viewing art and film and programs that will include concerts, workshops and exhibitions.


“There is a real variety of art spaces that the old museum just didn’t have,” says Renfro. “There are now a lot more spaces that can be programmed in different ways, like the multi-purpose gallery and the purpose-built theater. So, not only have the primary spaces of the museum improved in their ability to do what they need to do, BAMPFA now also has new spaces that open up opportunities for new kinds of programming.” 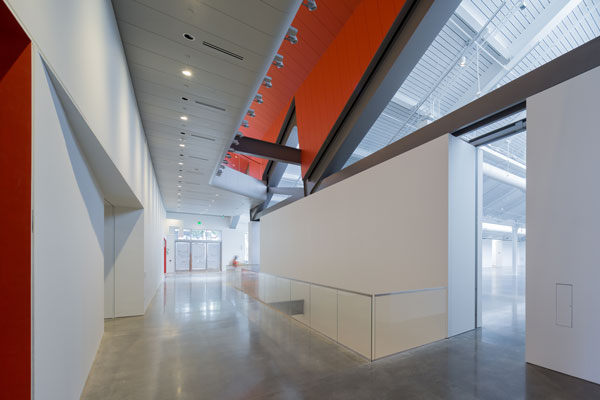 
While the push for the new building initially originated from the need to update the old BAMPFA building to today’s seismic standards, it was also apparent that the new building needed to do more than just house BAMPFA’s art and film programming under one roof.


Renfro emphasizes just how instrumental the new building is to the legacy of the Berkeley Art Museum: “I think that the Berkeley Art Museum, in particular, and art museums, in general, have the need to engage [their] public in more direct ways, including operating at an urban level and also providing amenities and experiences to the public free of charge,” he says. 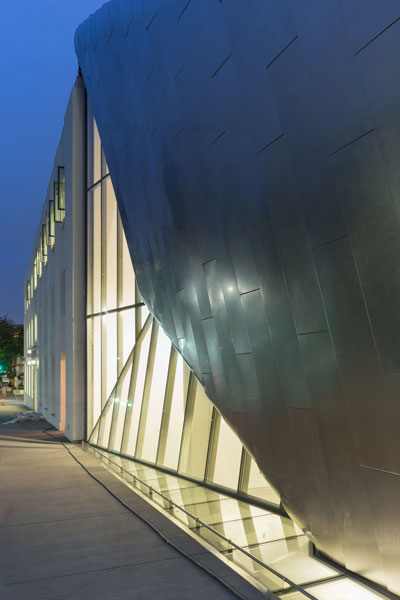 “The old BAMPFA building was true to its era. It was a muscular concrete object building that set off of the street distancing itself from its public,” continues Renfro. For the new museum, the architects took advantage of its location to engage casual passersby as well as museum visitors by opening up the windows to let people see inside the art, performance, and gathering spaces—and even to back of house spaces, like the film archive and the study sectors. Says Renfro, “These kinds of engagements are a way to transform a museum from an aloof elitist destination into a civic participant.”


With the new building opening in January of 2016, Renfro has high hopes that BAMPFA will become a new anchor for Berkeley’s downtown arts district: “I hope that not only does the University of California and its constituent groups and public call BAMPFA their museum, but also the public of Berkeley, San Francisco and the Bay area in general will also start to regard it as their museum, so that it becomes a true nexus for the entire arts community of Northern California.”