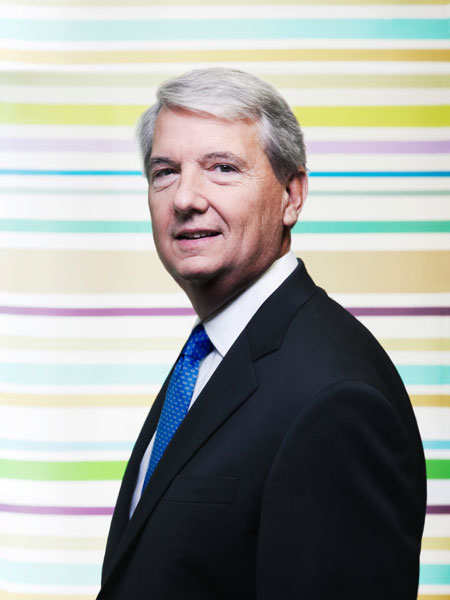 Benjamin Moore & Co. announced its new CEO and president last week. Robert S. Merritt will be stepping in to replace Denis Abrams, who headed up the century-old paint manufacturer for seven years. Merritt brings to the position more than three decades of experience managing restaurant and food preparation and distribution industries, most notably as senior VP and CFO of Outback Steakhouse Inc. where he masterminded the company’s public offering in 1919 and its subsequent listing on the New York Stock Exchange. During Merritt’s tenure at Outback the company flourished, growing from five restaurants in a single state, Florida, to over 1,250 locations in 22 countries. He also expanded the brand to seven new restaurant concepts encompassing Carrabba’s Italian Grill, Bonefish Grill, Roy’s, and Fleming’s Prime Steakhouse and Wine Bar.


Additionally, when working for Price Waterhouse, Merritt’s clients included a manufacturer of medical imaging equipment, a railroad, and a plumbing supply manufacturer, a diversity that speaks to his wealth of managerial experience.


“Benjamin Moore is an icon of American industry and a valued heritage brand among paint and coatings products,” said Merritt.  “I look forward to the challenges ahead, building on the company’s successful history, and helping to prepare it for the next 50 years.”


Merritt grew up in Washington, D.C. and attended George Washington University where he received a B.B.A. in Accounting. The father of twin sons, he currently resides in New York with his wife.