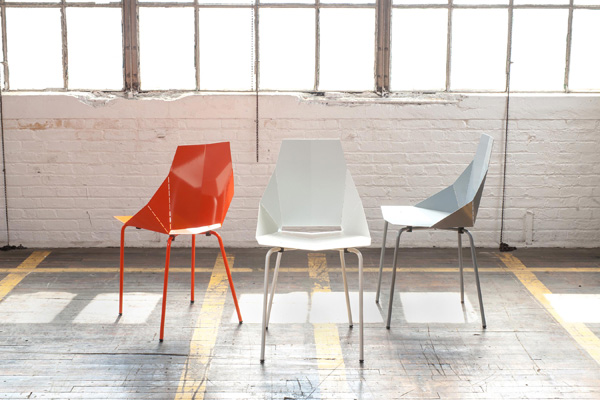 Devotees of the online design shop

can now express their love for the digital platform in tangible form. Starting tomorrow the 6-million-member retailer will be selling

furniture made expressly for the burgeoning New York–based company. The manufacturer, known for lighthearted modernist design, has produced five of its products in the bright orange, black, white, and gray colorways found in Fab’s graphic identity.

The capsule collection represents the full range of Blu Dot geometries, including the thin, folded Real Good chair and muscularly cross-braced Strut table in three sizes; the Cant desk, Perimeter lamp, and Lily Pad coffee table round out the Fab-branded quintet. All five designs have powder-coated steel components in common. 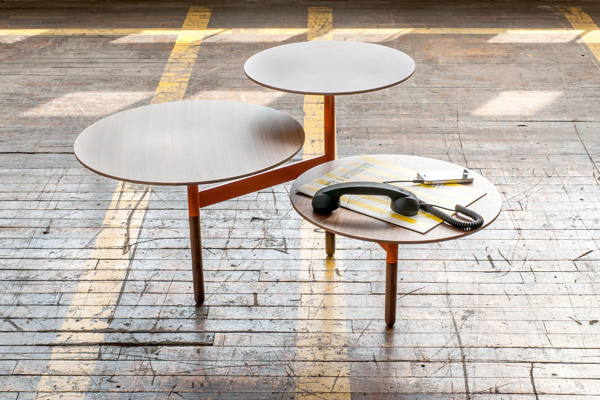 The project represents what Fab co-founder Bradford Shellhammer has called “a mission to remove boring beige from the world,” and a first for Minneapolis-based Blu Dot. The effort dates to late 2011, says company CEO and co-founder John Christakos, explaining, “Bradford used to run our Soho store; we have followed one another’s paths ever since, and we always thought it would be fun to do something together.”

launched its Pilot stool via the website and app this May, in tandem with ICFF, and the following month

launched its first product built in the United States. In November 2011, as well, Los Angeles designer–maker