Bradley L. Bowers in Conversation With Cindy Allen for DesignBiz 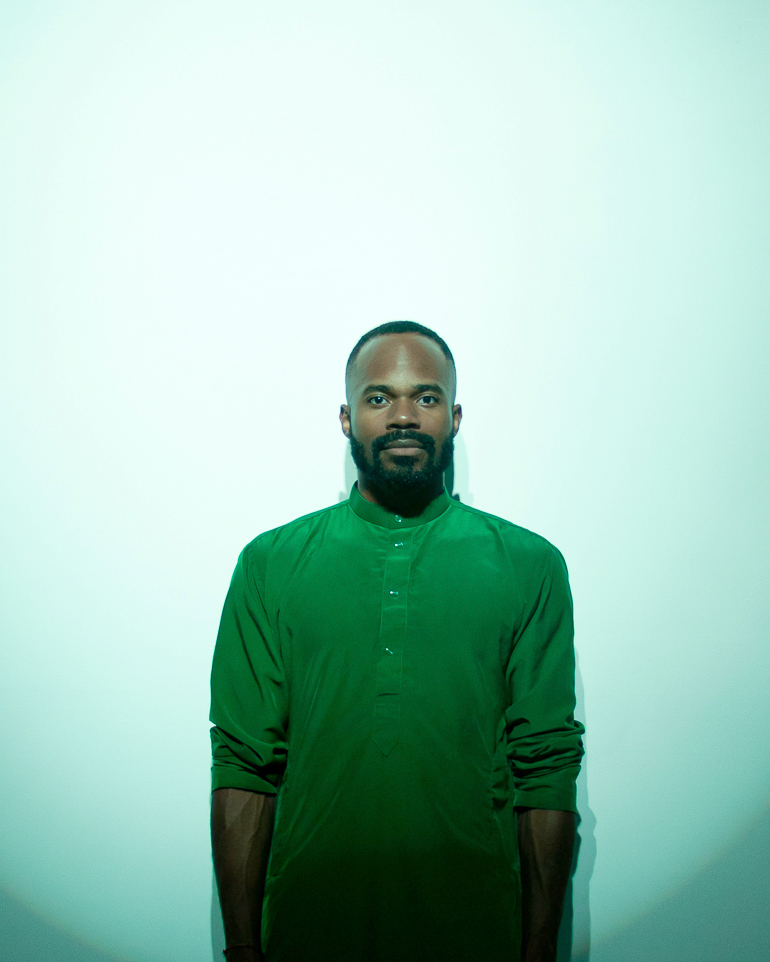 Bradley L. Bowers—even without the L, the name has a ring to it, though the rising star industrial designer prefers to keep it in use. Bowers (@bradleylbowers) checked into Tuesday night’s episode of DesignBiz, hosted by Editor in Chief Cindy Allen (@thecindygram), from New Orleans. Bowers was all positivity as he reflected on his days at the Savannah College of Art and Design, his creative process, and advice for new grads.

“Growing up, I didn’t even know a thing called art school existed,” said Bowers, who earned a BFA and MA from SCAD in 2010 and 2012. “I heard about SCAD through a cousin and went to an open house.” There, he was so moved by a professor’s passion for teaching that “I turned to my mom and said, ‘If this is the kind of professor they hire to teach here, then it’s a no-brainer.’”

“Would your mom say you were a creative spirit?” asked Allen. “I think she’d say that I was problematic,” Bowers responded with a grin. “I think it was about trying to articulate something that I didn’t quite know how to say as a kid.”

Bowers tried his hand at a number of artistic disciplines at SCAD before settling on industrial design. After graduating, he moved into the realm of furniture design, ultimately working as a senior furniture designer for Adriana Hoyos in Miami. But he had one concern: “I felt myself falling into an old routine where you get comfortable. You have a paycheck every few weeks. The excuses were rolling in—I put in my notice and said I need to go do something else, because if I stay here, I’ll never do it.” After a brief freelance career in branding, recalled Bowers, “I finally said to myself: Okay, enough is enough. Stop messing around and rent a studio.”

Since then, Bowers has been on an upward trajectory, thanks in no small part to his dedication. “Almost every day, I try to sketch or model something new, just to keep this muscle working,” said Bowers. “I think of it like an athlete.” (In addition to design idols Zaha Hadid and Frank Gehry, Bowers looks to tennis players Serena Williams and Roger Federer for inspiration.)

One thing that sets Bowers’s work apart, aside from a fearless approach to sculptural forms and materiality, is his ability to integrate cutting-edge technology into his design process. Bowers creates most preliminary renderings in Rhino software and keeps a pair of 3D printers in his studio for everything from final pieces, which he often produces in-house and on demand, to what he calls “tinkering”: an apt term for his inventive creative process. “I remember when we were all scratching our heads that we could 3D-print keychain holders,” Allen recalled. “Now there are 3D-printed houses. It’s all really exciting.”

Bowers’s tech skills don’t stop at renderings. He generated patterns for a recent wallpaper collection, Moire, using computer scripts and algorithms. And he has an engineer’s mindset, always taking time to understand a material’s strengths and weaknesses, as well as its environmental impact, before designing a product with it.

Take his Halo lighting collection, for example. It calls for a simple trio of basic materials—cotton paper, LED bulbs, and a necessary fire-retardant chemical—in partial homage to Isamu Noguchi. The paper is unusually strong and malleable, but each individual lamp is unique and, as Bowers stressed, affordable: “I love making beautiful objects, but I also realize that it’s a world that pushes people away. I want to find a way to help everyone who wants something beautiful in their home but doesn’t have $3,000 to spend on it.”

A question he likes to ask himself is, “How can you take a material that we all know and are all familiar with, but zhuzh it up just a little bit?” For one possible answer, look to the outcome of some recent tinkering, an exploratory vessel collection that stacks hand-rolled clay coils to create a three-dimensional form. Though coil pottery isn’t new, Bradley bases each coil on section diagrams created from renderings, a process meant to imitate a 3D printer, which works layer by layer. One takeaway from the experiment? “You can tell when a conscious being made something,” said Bowers. “It has a little bit of a quirkiness to it.”

Before signing off, Bowers shared some poignant advice for new graduates of design programs and anybody else chasing a dream. “Open your mind,” he said. “I know that’s a difficult thing to do if you don’t know where to start looking. But there might be a gut thing in you that you’re moving toward. Find that feeling—you don’t need to name it, you don’t need to know it—and start moving toward it.” That’s what he did, after all.