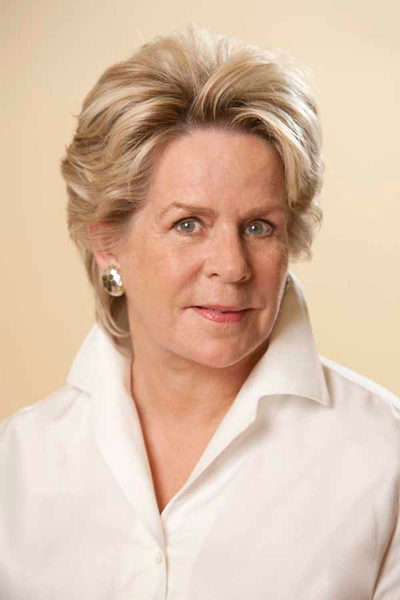 Bunny Williams is a designer with a modern vision, a sense of history, and the confidence to take the unexpected path. Both a trailblazer and a tastemaker, Williams’ style is classic, but never predictable.

., the interior design arm of her companies was formed in 1988, and her ever-growing home furnishings collection, Bunny Williams Home, followed in 2008. With her husband, antiques dealer John Rosselli, Williams owns Treillage Ltd., a unique decorative home and garden shop in New York. Her fourth book, “Scrapbook for Living” published by Stewart, Tabori & Chang in November 2010, offers Williams’ inspiring tips for organizing and personalizing a home. Since 2011, Bunny Williams has announced several licensing partnerships including a line of paper goods for Caspari, several mirror collections for Mirror Image Home, indoors rugs for Doris Leslie Blau, outdoor furniture for Century Furniture, outdoor rugs for Dash & Albert, and decorative pillows and throws for Pine Cone Hill.Several additional collections with new partners are also in the works..


Bunny Williams and John Rosselli share an apartment in New York City, a country house in Connecticut, the subject of her second book “An Affair with a House”, and a villa near the sea in Punta Cana, DR. Their extraordinary sense of style and passion for entertaining has established them as one of the design world’s power couples.


Born in Charlottesville, VA, Williams’ decorating DNA combines her upbringing and appreciation for gracious Southern living, with her hands-on training at the venerable firms of Stair & Co. Antiques and Parish Hadley Inc. Her knowledge of the decorative arts and well-honed skills as a designer has kept clients knocking on her door for decades. Today her work is regularly featured in top design magazines around the world, in newspapers, on television, in film, and on a variety of websites and blogs.


Williams was inducted into the Interior Design Hall of Fame, received the Giants of Design award from House Beautiful, placed on the A list by Elle Decor, and was the recipient of the Timeless Design Award from the Royal Oak Society. The Edith Wharton Restoration recognized her with the Design and Business Award which honors women of outstanding achievement. She was honored with the SCAD Etoile award and a Living Landmarks Award by the New York Landmarks Conservancy. Williams received the Design Innovator Award from CT Cottages & Gardens and was also named to the AD 100 list.

Bunny Williams continues to find time to give back to the design industry as well as to many other causes. She is the founder of Trade Secrets, a garden design event held in CT each spring benefiting victims of domestic violence. Williams has been a long time supporter of the Kips Bay Designer Show House and has served as the committee chair of this organization for several years running. She is also involved with the Institute of Classical Architecture, is a board member of the Lenox Hill Neighborhood Organization, and works with numerous groups.