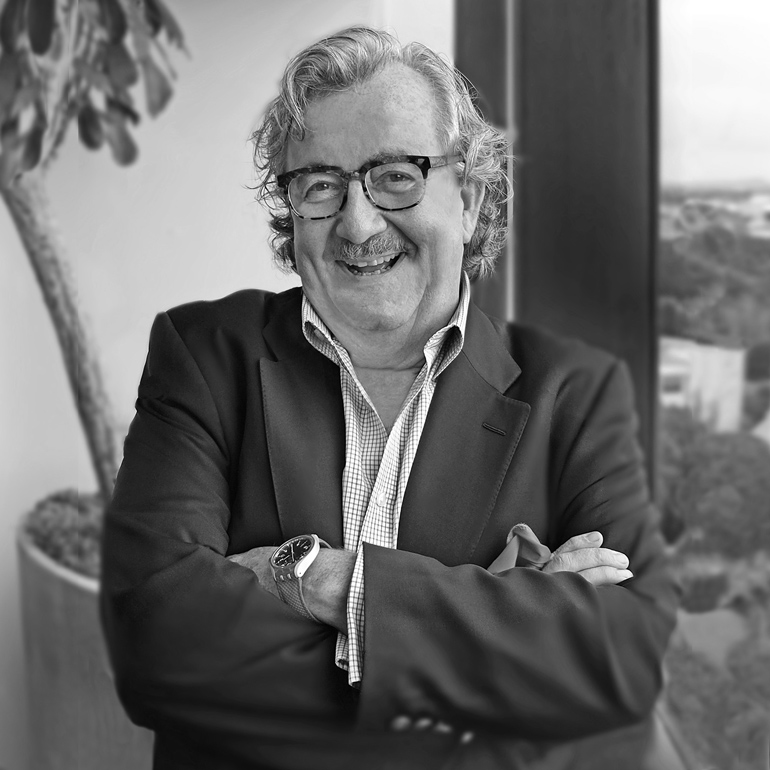 If ever one was tied to the Los Angeles design community, it was Rocky La Fleur. On Friday, March 13, 2021, he passed away from stage IV pancreatic cancer just two weeks after being diagnosed. By his side throughout was his long-time friend, colleague, and confidant Gina DeWitt, president Kneedler Fauchère showrooms. Le Fleur joined the company in 2003, Dewitt, a year later, and they were inseparable since. “Every morning Rocky sang a different show tune to start our day,” she recalls.

La Fleur was born in South Dakota and arrived in Los Angeles in 1978 for the best of all reasons, a love interest. He came to Kneedler Fauchère as an outside sales representative, quickly endearing himself to all whom he met. He was a happy, shining star, and “the room lit up when Rocky entered it,” according to DeWitt. Along the way he broke new ground, giving the showroom a foothold in the hospitality sector. Business heretofore had been strictly residential. Among new clientele were Wynn Resorts, where he worked closely with Roger Thomas, Wilson Associates, Kirk Nix (KNA), Todd-Avery Lenahan (TAL Studio), and MGM in Las Vegas.

La Fleur developed other ventures, too. When the 2008 recession hit, he and DeWitt opted for some joie de vivre with a trip to Paris to check out the newly launched Déco Off show. They rented an apartment and mentioned the trip to a few clients. Along they came, with the excursion ending up at a cocktail party at said apartment. That was the genesis of the yearly American in Paris party, expanding over the years to quite the event in some of Paris’s cool haunts. The last, at least so far, was in January 2020. More than 900 guests showed up at the Théâtre National de Chaillot. “It all grew naturally and organically,” Dewitt reminisces.

An inveterate connector, La Fleur was passionate about helping students and made certain to include them in his firmament. At UCLA Extension, he taught a class as an introduction to interior design. Saturdays, he brought them to the showroom. And best of all, he brought “emerging professionals,” as he called them, to Paris, introducing the student contingency to the City of Light’s nonpareil design resources. To honor the connection, Kneedler Fauchère is establishing a scholarship fund with a gala benefit hopefully to occur in the fall. It was his final wish.

Speaking of honors, La Fleur was given the first ever Lifetime Achievement Award by the Los Angeles chapter of ASID. September 26, 2018 was truly a night to remember. The 18,000-square-foot Kneedler Fauchère showroom was filled to overflow capacity with the design community eager to show its love for the design icon. And suitably, La Fleur chose design icon as his Instagram handle.

La Fleur is survived by his 95-year-old father, six siblings, and 27 nieces and nephews.