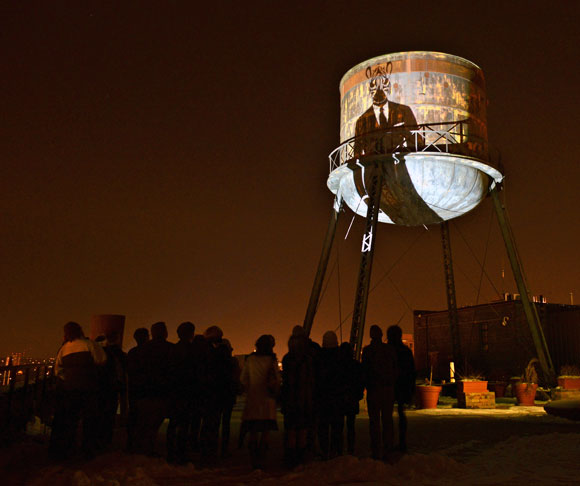 has collaborated with the

to elevate the 100-year-old landmark water tower atop their office building into a vehicle for sharing art with the public. Each evening after sunset, a loop of art created by students at MCAD is projected onto “Rusty,” the Minneapolis-based company’s nickname for the water tower.

To select the art work for the projections, Carmichael Lynch held a competition earlier in the year attracting over 40 submissions. The winning entry received $1,000 and is one four mapping projections looped  to play every night. The IT team at Carmichael Lynch configured the students’ designs to appear on the tower from a large projector stationed on top of the building’s roof. 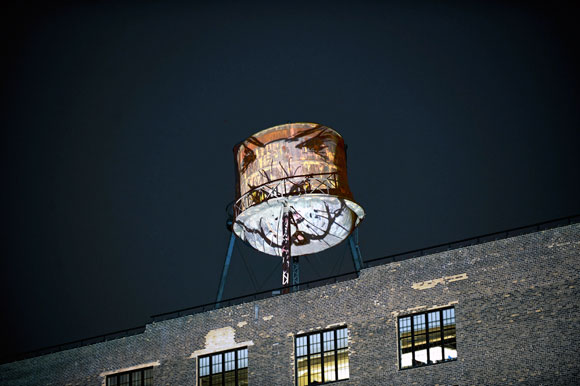 “Public art spaces like Rusty are rare to come by,” said Dave Damman, chief creative officer at Carmichael Lynch. “Our work is meant to inspire and the students at MCAD were eager to help bring art to the community. That’s why Minneapolis is such a cool city.”

See a video of the project 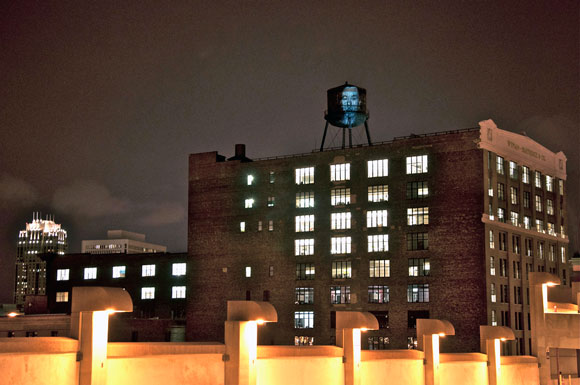