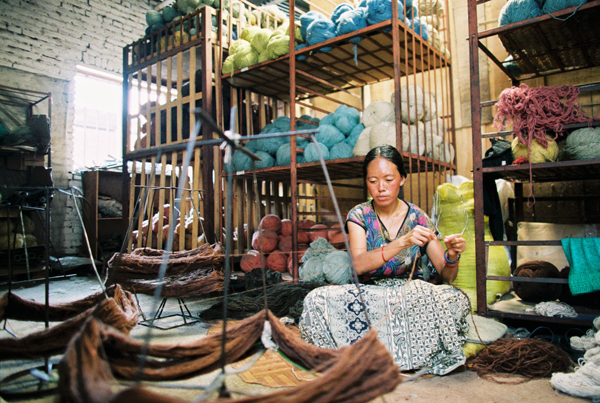 Woman preparing yarn in one of GoodWeave’s Nepal factories. Photo by U. Roberto Romano/GoodWeave.

Carpet and textile manufacturers with close ties to Nepal—where the country’s number one export is hand-woven carpets—are helping nonprofits deliver aid to victims of the recent earthquakes. Many top textile makers, such as London-based

, have weaving mills in the capital Kathmandu, where the impact from the devastation threatens to jeopardize the economy.


“Many of the weavers lost homes and have returned to their villages outside Kathmandu to help their families,” Johnson says. Relief organizations worry that further labor dispersion could cause a shortage in adult weavers, resulting in children being trafficked to man the looms, or the export industry moving production elsewhere.


Tania Johnson has donated directly to its weaving mill and to

, an international organization that combats child labor in the carpet industry. Thousands of importers and rug designers around the world including Johnson work exclusively with GoodWeave certified mills. Johnson also plans to donate a percentage of every new rug sale, as well as balances on current orders, to its weavers and their families. 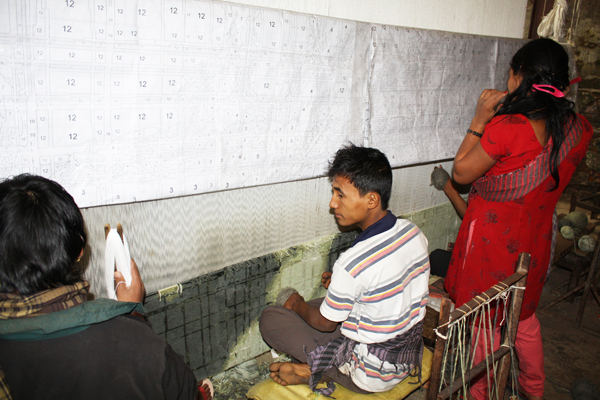 
Other industry players such as

have reached out to their networks, calling for donations to various earthquake relief causes.

, and staffers at some of its factories are helping to deliver food and water to remote villages and to rebuild homes for workers who lost theirs.


GoodWeave field staffers in Nepal are currently delivering aid, temporary housing and emergency medical care, reaching an average of 400 workers daily. “It’s going to be a long process but the capital to produce is still there,” says Beth Huber, GoodWeave’s deputy director. “It’s helpful to continue buying from Nepal, to make sure that weavers have a way to earn money—that’s best way to help them get back on their feet.”


“Long after the news cameras disappear altogether, Nepal is going to need ongoing help to rebuild its infrastructure,” says Johnson. 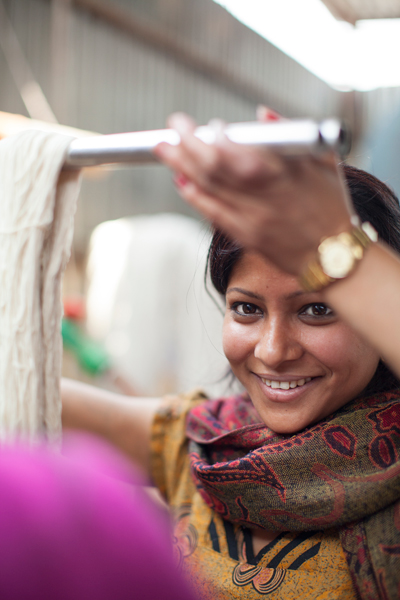 Worker in a GoodWeave-certified facility in Nepal. Photo by U. Roberto Romano/GoodWeave.