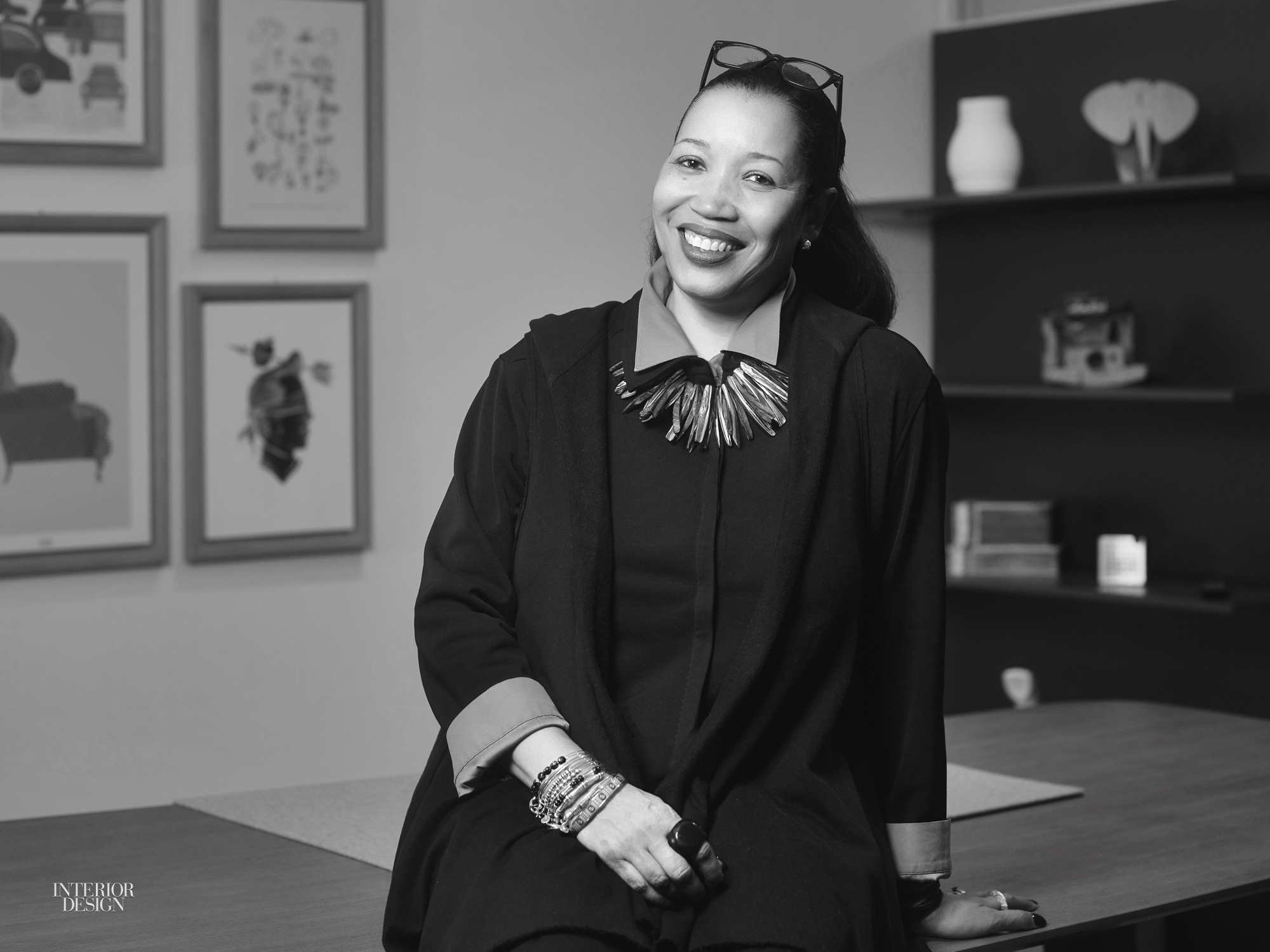 The design profession’s most vibrant cheerleader—that’s unofficially—Cheryl Durst is officially the executive vice president and CEO of the International Interior Design Association, headquartered in Chicago. But what you really need to know is that, in her own words, she views herself as “the steward for the integrity of professional interior designers, which means walking a fine line between educating people about the profession and defending it, as the champion of what designers do.” Read on for just a sampling of her accomplishments at the helm of the IIDA, an organization comprising 15,000 members in 58 countries.

She’s a publishing wizard, printing explorations of such topics as workplace well-being, design and diversity, and corporate case studies. What Clients Want, a series of limited-edition books, discusses client-designer relationships according to project type. The journal Perspective boasts undeniable bona fides as thought-provoking, thanks to articles titled “The Politics of Sport” and “Can Design Rock the Vote?” To explain to her constituency the whys and wherefores of paying annual IIDA dues, she puts out a “Value Manifesto” booklet. Efforts extend to a white paper, “10 Things Designers Need To Know (Now),” and a handout detailing her personal reading list. Recent titles include The Signal and the Noise by Nate Silver. “I’m a real geek,” she offers.

Beyond the printed page, she has expanded the IIDA Leaders Breakfast program to nine cities across the U.S. and Canada, all in the spirit of bringing members together. Who doesn’t look forward to those stimulating mornings? And who doesn’t eagerly await her own speaking engagements, packed with information and wit? She’s absolutely adamant about face-to-face interaction with members. No armchair executive, she logs roughly 35 travel weeks and 100,000 miles a year—in the same league as George Clooney in Up in the Air.

Needless to say, she keeps her cache of trademark travel accessories ready to pack. She optimizes flight time with books, magazines, and social media. Her Facebook posts might chronicle hilarious travel episodes, with the occasional articulate rant, or report on the Cranky Princess, aka daughter Annabel, who is studying film production at Santa Fe University of Art and Design in New Mexico.

Herself the daughter of a microbiologist mother and educator father, she was born in Toledo, Ohio. Family road trips instilled a love of travel and what she describes as “a culture of asking questions.” She went on to follow a circuitous path. While majoring in journalism and economics at Boston University, she worked in public radio. Next came Washington, where she wrote ad copy for KPMG and taught English literature. Then she went “home,” as she puts it, to the design industry, with jobs at Reff Furniture, subsequently bought by Knoll, and the Washington Design Center. After she met the center’s property manager, Troy Durst, they were married there. His transfer to the Merchandise Mart brought her along to Chicago.

The nascent IIDA hired her, and she rose through the ranks. Her ultimate promotion in 1999 conferred a mixed blessing, however. With her new seniority, she became privy to records revealing an organization in “financial free fall,” she admits. “I was adamant about fiduciary responsibility, and I took no money from the industry for the bailout.” The 18-month turnaround that followed was a major achievement.

Dedicated to education, she’s developing a digital curriculum to be made available to the association’s members by 2018. “Your IIDA MBA” is what she calls the program, which will incorporate sessions in social sciences, cultural anthropology, finance, and economics. In addition, she sits on advisory boards for Chicago’s Harrington College of Design and Ohio’s Kent State University.

Durst says she is most proud that “a tall woman of color can represent Design.” As for the inevitable issue of race, she credits the counsel of her Southern grandmother: “Live by grace.” Her parents added: “Defy stereotype, and be a good ancestor.” They would have been thrilled that Annabel and her brother, Gabe, a high-school student who intends to major in film, just formed their own production company.