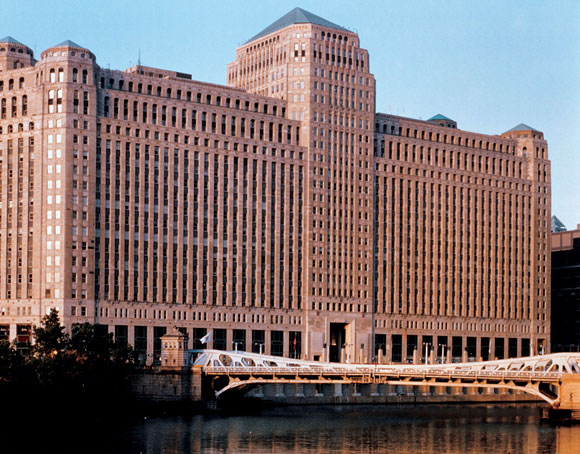 , a wholly-owned subsidiary of

, the Mart has a footprint of 4.2 million square feet, stands 25 stories tall and spans two city blocks in the heart of Chicago. Since the Mart’s founding in 1930, MMPI has initiated several sustainability programs and initiatives, working alongside its tenants and vendors to achieve their collective environmental goals. The Gold certification is an elevation to the Mart’s 2007 LEED for Existing Buildings: Version 2.0 (LEED-EB) Silver.

“The Merchandise Mart has been at the forefront of developing environmental sustainability practices for decades,” says Myron Maurer, chief operating officer, MMPI. “Our recertification efforts, resulting in an elevation from Silver to Gold, are recognition of our continued efforts.”

The LEED-EB Operations and Maintenance certification review includes six key areas: sustainable sites, water efficiency, energy and atmosphere, materials and resources, indoor environmental quality, and innovations in operations, along with regional priority credits. As part of the certification process, MMPI worked with several of its tenants, the City of Chicago, the Delta Institute of Chicago and other local partners to improve efficiencies within each of these areas, at the Mart.