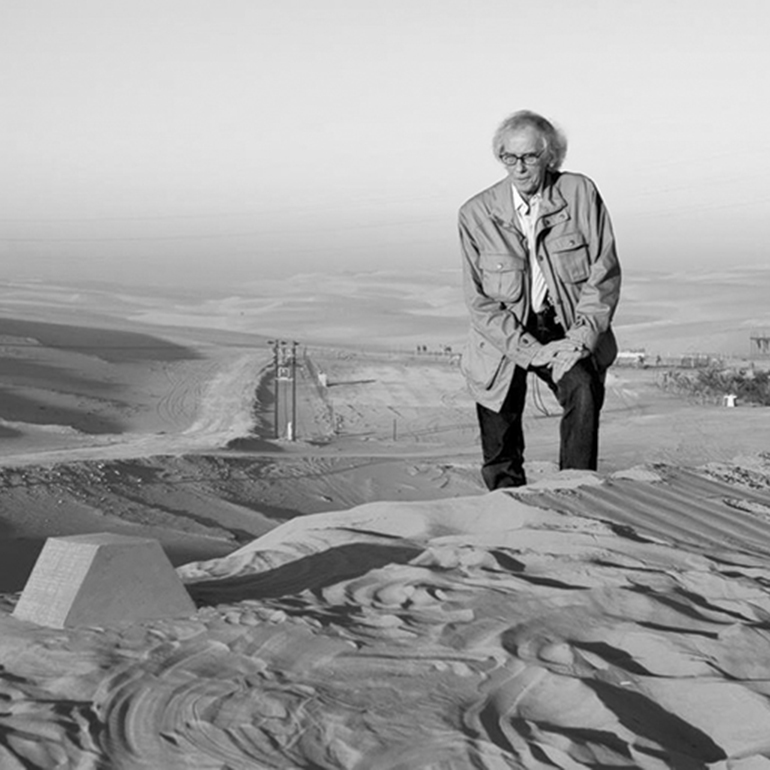 This past weekend, Christo Vladimirov Javacheff—the artist formally known as Christo—passed away in his New York City home at 84 years old. Christo was predeceased by his wife and frequent collaborator Jeanne-Claude in 2009.

Born in Bulgaria during 1935, Christo began his artistic career in the 1960s, traveling to various countries in Europe where he then met Jeanne-Claude.  During the early years of his career, Christo focused his efforts on the traditional mediums of painting and drawing, earning commissions as a stateless person living in Vienna. These skills served as the foundation for the large-scale environmental projects he would later create, utilizing fabric to craft statements around landmarks, leading to international acclaim.

Among the first of such projects, and still considered one of Christo’s notable works, is Valley Curtain completed in 1972. Not only did Christo send ripples through the art world by installing an orange cloth made from 200,000 square feet of woven nylon across Rifle Gap in Colorado’s Rocky Mountains, but a documentary detailing the evolution and completion of the installation earned the artist an Academy Award nomination shortly after. Christo then quickly established himself as a leading voice and pioneer of conceptual art, transforming his signature style over the years while remaining in a league of his own.

Some of Christo’s most memorable installations include, but are not limited to: The Umbrellas (1984-1991), wherein blue umbrellas in Ibaraki, Japan and yellow umbrellas in California were placed in inland valleys within each country, signifying similarities and differences within the two cultures; Wrapped Reichstag (1995), an installation created by completely covering the Reichstag in Berlin with white fireproof polypropylene fabric, seen by more than five million people. “It was one of the most beautiful things I have ever seen,” Christo told The Guardian in an earlier interview; The Gates, Central Park, New York (1979–2005), initially rejected by New York’s parks commissioner in 1981, featured 7,503 gates installed in Central Park by Christo in 2005—each made of saffron-colored fabric along a 23-mile pathway.

Throughout his life, Christo never stopped working. In 2018, his The Mastaba floating statue was installed in London’s Serpentine Lake, marking his first project in the U.K.  Using over 7,500 colorful oil barrels to shape the installation like an ancient bench used in Mesopotamia, the project opened in tandem with a retrospective of his and Jeanne-Claude’s work at the nearby Serpentine Gallery. And while his body of work continues to inspire artists and designers alike, there is still more Christo to be had. In 2021, L’Arc de Triomphe, Wrapped  is expected to debut in Paris, covering the Arc de Triomphe de l’Étoile in blue and silver fabric.