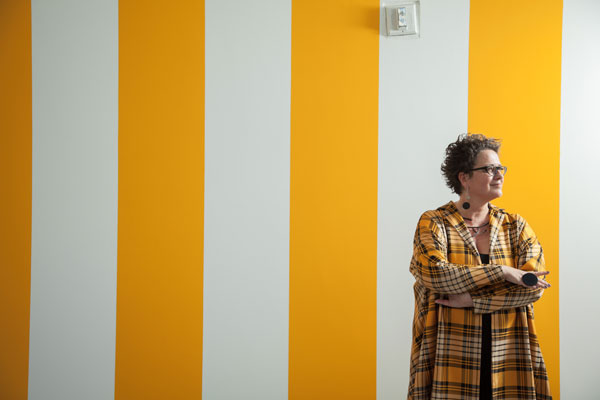 Yesterday afternoon, the International Interior Design Association kicked-off the 46th NeoCon with its annual meeting, held in the Museum of Contemporary Art in Chicago. As part of the festivities, Interior Design’s editor in chief Cindy Allen was granted honorary membership in the association, becoming the 10th person ever to have received this distiction in the association’s history. Hundreds of architects and designers streamed into the galleries for the event, and hundreds more streamed in via live webcam, the inaugural time that this occasion has been broadcast online. 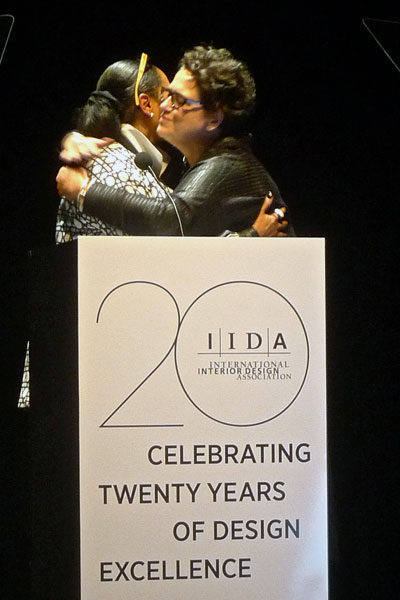 Allen was named editor in chief of Interior Design in 2001, and since then, she has not only led the publication but she has also championed the design industry as a whole. Simultaneously touting the brilliance of the Giants of Design and bringing to light the rising stars, she has always been committed to the power of design. “Cindy consistently serves as a design leader, elevating Design and the profession in a manner that’s consistent with IIDA values,” said Cheryl Durst, IIDA executive vice president and CEO.

Stepping to the podium, Allen expressed her gratitude, saying, “I have always strived to be of service to the interior design industry. IIDA members have always been inspired to give more, to do more. Once you make it and you’re earning the big bucks—and you’re a star—don’t forget to serve others.”

Alongside Allen, seven other notable members of the industry received awards. Perkins + Will ’s Joan Blumenfeld and Silverman Trykowski Associates’ Felice Silverman were inducted into the College of Fellows. George Yabu and Glenn Pushelberg of Yabu Pushelberg were granted the Star Award, while Michael Vanderbyl of Vanderbyl Design received the Titan Award. (All three are Interior Design Hall of Fame members.) Cornell University’s So-Yeon Yoon was awarded Educator of the Year. And the evening’s final award, the Legacy Award, went to John Rouse, the publisher of Contract magazine.

<<< Back to NeoCon Homepage