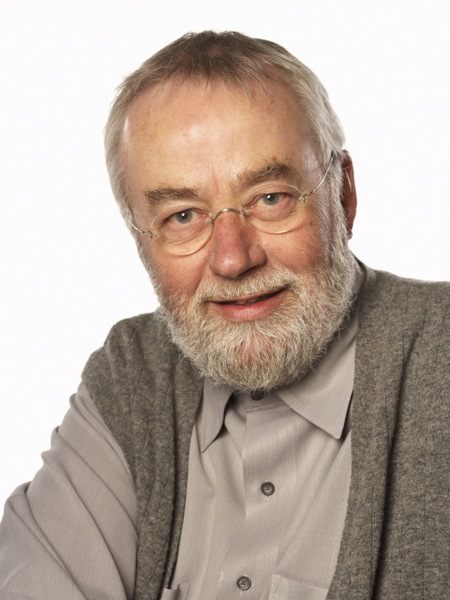 Bill Moggridge, director of the Smithsonian’s

in New York since 2010, died September 8 at the age of 69 following a battle with cancer. As Cooper-Hewitt’s fourth director, Moggridge led the museum to the highest exhibition attendance numbers ever on record. He also designed the first laptop computer, the 1982 Grid Compass, and co-founded the renowned innovation and design firm

“Beloved by the museum staff and the design community at large, Bill touched the lives of so many through his wise council, boundary-pushing ideas and cheerful camaraderie,” said Caroline Baumann, associate director of the museum. “A true team builder and convener by nature, his efforts at Cooper-Hewitt and throughout the design world will be forever remembered.”

A graduate of the

in London, Royal Designer for Industry, 2010 winner of the Prince Philip Designers Prize, and 2009 winner of Cooper-Hewitt’s National Design Award for Lifetime Achievement, Moggridge is responsible for spearheading the museum’s ongoing renovation, expansion, and enhancement.

Under Moggridge’s leadership, Cooper-Hewitt is working with

on the reconceptualization, transformation, and creation of immersive museum spaces and memorable visitor experiences.

, a media design firm, is developing innovative media and storytelling approaches to content delivery. The new Cooper-Hewitt will reopen in 2014.

Moggridge succeeded Paul Thompson, who was Cooper-Hewitt’s director for eight years. Baumann will serve as the acting director.

He is survived by his wife of 47 years, Karin, and two sons, Alex and Erik.